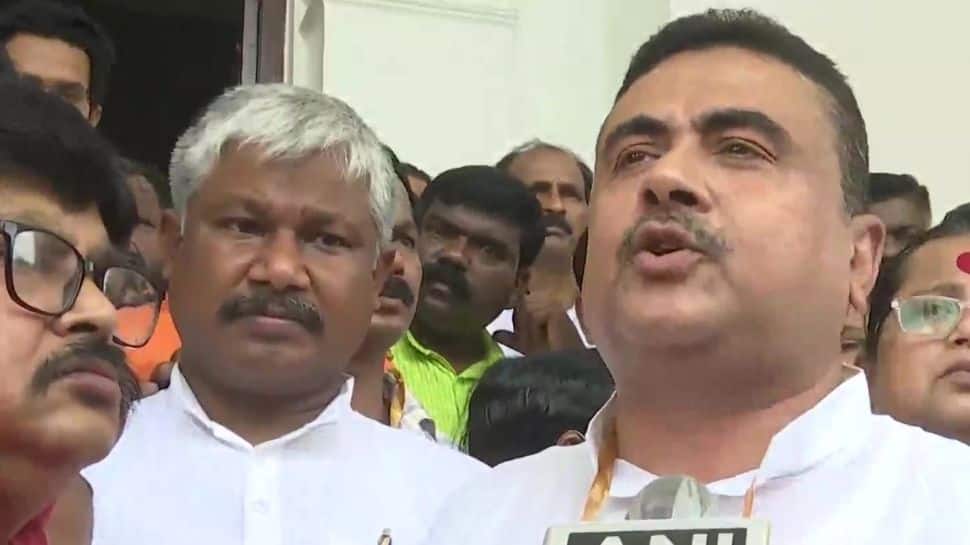 New Delhi: BJP leader Suvendu Adhikari on Monday alleged that leaders of the ruling Trinamool Congress brought Kolkata police personnel in civil dress to clash with opposition leaders in the West Bengal Assembly after they demanded to discuss the recent Birbhum killings in the house, reported ANI.

WB | A ruckus erupted inside state Assembly in Kolkata, over Birbhum violence case

Opposition demanded discussion over law & order on the last day at least, govt declined. They brought Kolkata police personnel in civil dress to clash with 8-10 of our MLAs: LoP Suvendu Adhikari pic.twitter.com/RbYsVWba2M

“Opposition demanded discussion over law and order on the last day at least but the government declined. They brought Kolkata police personnel in civil dress to clash with 8-10 of our MLAs,” ANI quoted Adhikari as saying.

The leader of the opposition also said that Rampurhat’s incident-like situation arose on Friday in the West Bengal Assembly as well.

“The same situation of the Rampurhat incident created by Anarul Hussain was seen inside by TMC MLAs and their police. We will march against this at 2 pm today. I will write my complaint to the Speaker demanding action as per the rules. We need the Centre`s intervention,” Suvendu Adhikari told ANI.

Adhikari, who was also suspended today from the proceedings of the house, also accused TMC leaders of clashing with the opposition leaders over the Birbhum violence.

Four other BJP leaders were also suspended from the West Bengal Assembly on Monday following a clash with TMC MLAs on the floor of the House over Birbhum violence.

West Bengal | 5 BJP MLAs including Suvendu Adhikari suspended from the Assembly, until further notice, following a clash between TMC & BJP MLAs on the floor of the House over Birbhum violence.

Later, the BJP MLAs further held a protest march outside the Assembly.

On March 22, as many as eight people were killed in the Rampurhat area of West Bengal`s Birbhum after a mob allegedly set houses on fire following the killing of TMC leader Bhadu Sheikh.

Ever since then, the BJP has been targeting Mamata Banerjee-led TMC government for the deteriorating law and order situation in the eastern state.

The case is now being probed by the Central Bureau of Investigation (CBI).