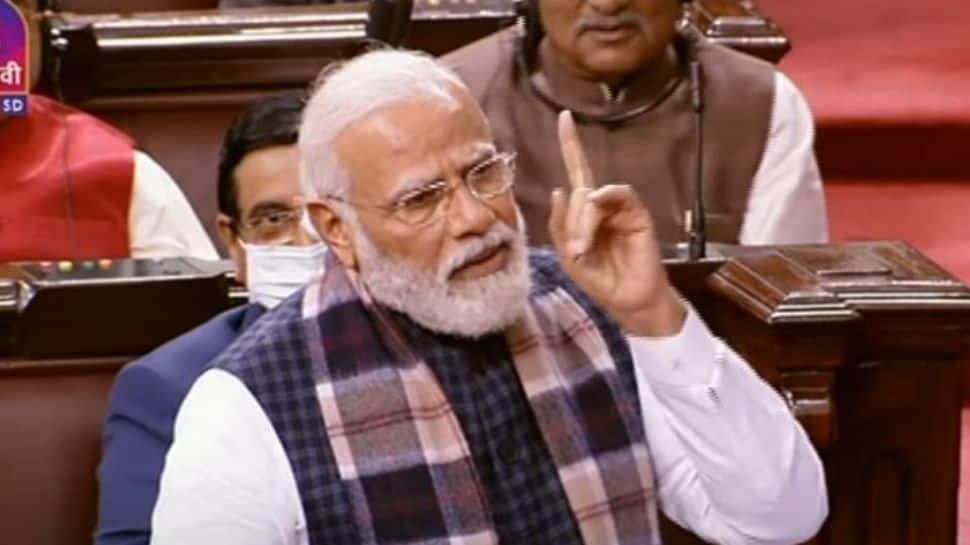 “Some political parties raised a lot of slogans to eliminate poverty but not enough was done to empower the poor. I believe when the poor gets empowered, it gives them the courage to fight poverty. When efforts of an honest government come together with that of an empowered poor, poverty loses,” the prime minister said.

Modi added, “Be it the BJP government at the Centre, or BJP governments in the states, the party is walking with the mantra of ‘sabka saath sabka vikas’. Everyone is working to empower the poor.”

Slamming the previous government, PM Modi said that they didn’t build enough houses. “The last government – the government before me – built only a few lakh houses for the poor in their tenure. Our government has given around 2.5 crore houses to the poor. Of these, 2 crore houses have been built in villages. In the last two years, despite obstacles due to coronavirus, the work didn’t slow down,” PM Modi said.

Modi said that many women were given ownership rights of houses. “Women too have the ownership rights of around 2 crore houses built under Pradhan Mantri Awas Yojana. This right has strengthened the participation of women in making other financial decisions in the household. This is a matter of case study in big universities across the world,” the prime minister asserted.