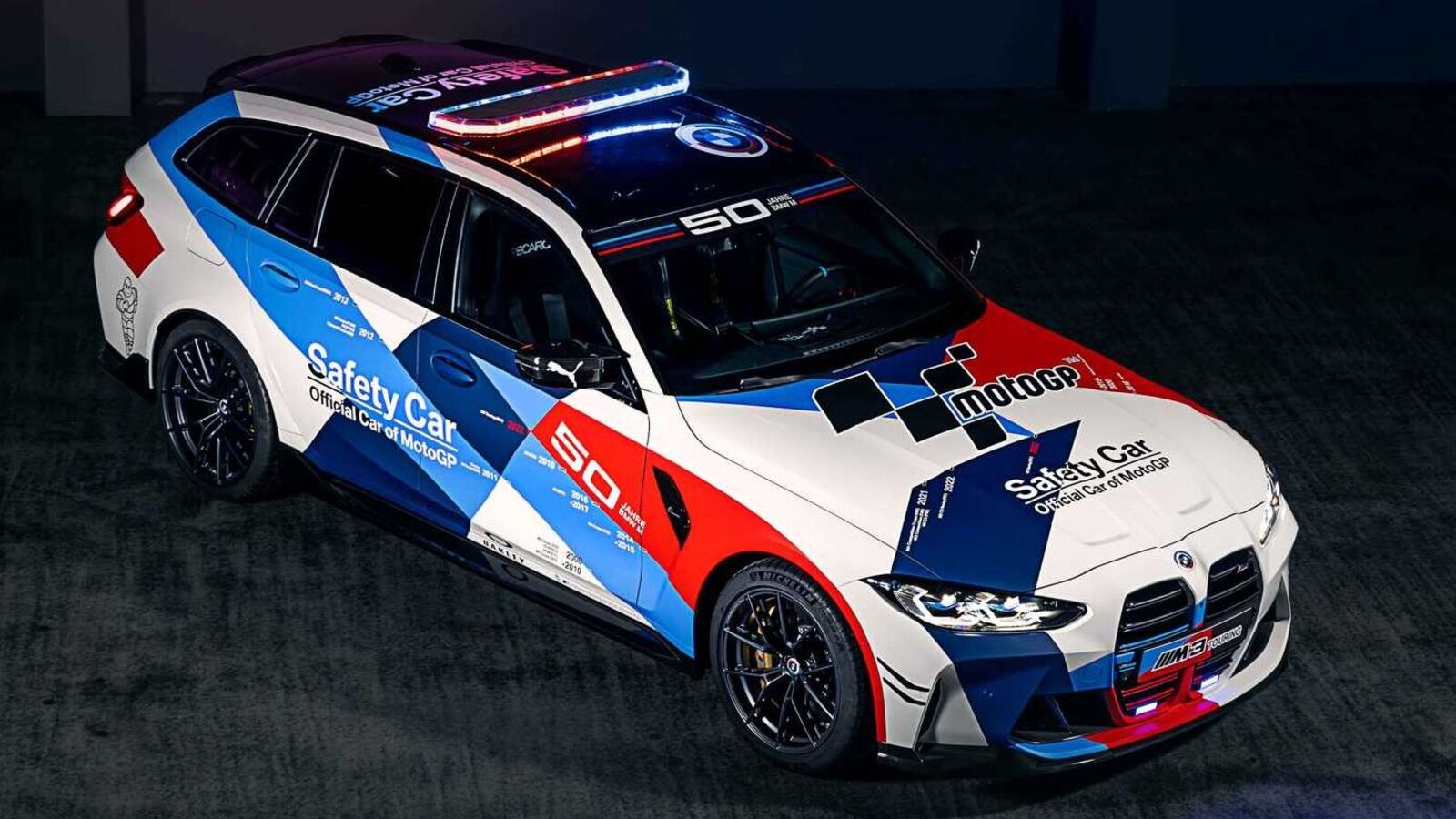 German automaker BMW took the opportunity at the Goodwood Festival of Speed to unveil its first-ever M3 Touring. The BMW M3 Touring comes as the safety car for MotoGP. Apart from the obvious changes meant for a safety car, the Mercedes-AMG C63 rival comes with a host of upgrades with M Performance parts.

The BMW M3 Touring MotoGP safety car comes decked with the famous three colours and carries the old-school BMW Motorsport emblem, celebrating the 50th anniversary of the M division. The car is set to perform its first motorsport task at Silverstone in early August this year during the British GP.

The design updates for the BMW M3 Touring include a chunky carbon fibre lip spoiler along with a pair of canards on each side of the bumper at the front profile of the car. An interesting modification comes in form of an optional exhaust system with the dual-stacked exhaust tips at the centre of the rear bumper. Also, the car gets a carbon fibre diffuser that nearly polarizes the rear profile just like the front of the car.

Interestingly, these design elements are already there in the M3 sedan and in the M4 Coupe as well. As a typical MotoGP safety car, the BMW M3 Touring comes with roof lights and front flashers mounted to the bottom of the kidney grille. While the carmaker has revealed the exterior of the car, its cabin remains a mystery.

Expect the cabin of the BMW M3 Touring to come with Recaro front seats with a four-point harness, an emergency disconnector, a safety cross beam, and a fuel extraction system as well.