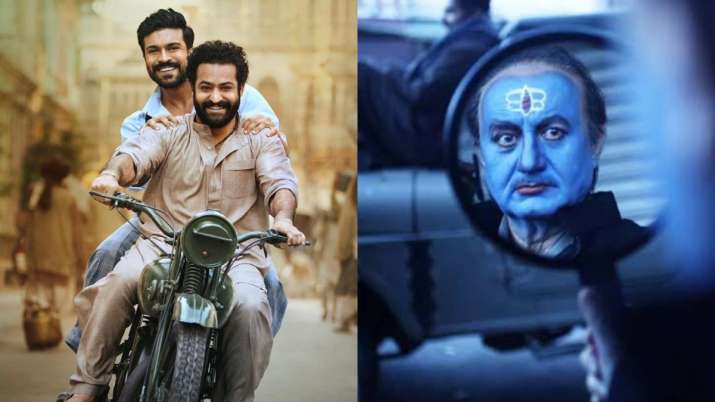 SS Rajamouli’s directorial ‘RRR’ boasting of a powerful star cast including Jr NTR, Ram Charan, Alia Bhatt and Ajay Devgn is on fire! The magnum opus has finally reached Rs 500 crore worldwide gross box office collection on the third day of its release. Not only this but it has also become the highest-grossing film at the worldwide box office post-pandemic. The film is currently competing at the box office with Vivek Agnihotri’s directorial ‘The Kashmir Files’ that was released on March 11. The film starring Anupam Kher and Mithun Chakraborty in the lead is on a spree and is expected to enter the Rs 250 crore club really soon. Speaking about the collections on Monday, RRR will witness a drop of 30% as compared to Friday but the collections will be decent around 17 crore nett range.

A report in Box Office India stated, “RRR (Hindi) is now looking a sure shot HIT as it collects in the 17 crore nett range which is just a 10-15% drop from Friday.The collections in the morning were down by around 30% as compared to Friday but from afternoon onward the film collected as well as Friday and even better at places. The collections are now look beating the post pandemic Monday record of The Kashmir Files which collected 14.80 crore nett.”

Taran also shared a list of the top five Hindi films in the pandemic era, based on their net box office collection in the country on Sunday. ‘RRR’ topped the list with a whopping Rs. 31.50 crore.

Meanwhile, The Kashmir Files is a hard-hitting drama based on the genocide of Kashmiri Pandits in 1990. The film has been declared tax-free in several states including Uttar Pradesh, Tripura, Goa, Haryana and Uttarakhand. It also features Pallavi Joshi and Darshan Kumaar.