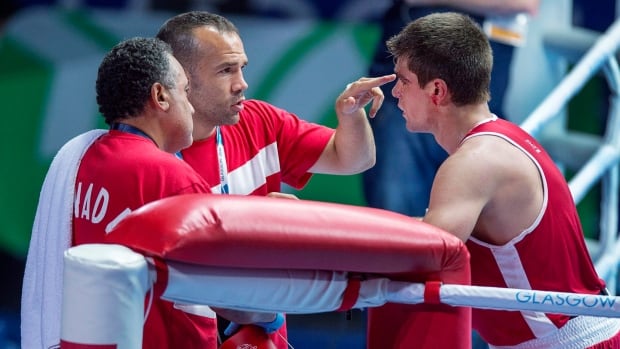 Four days after dozens of Canadian boxers wrote an open letter to Sport Canada calling for the resignation of Daniel Trepanier, the Boxing Canada high-performance director has stepped down.

Boxing Canada’s president Ryan Savage made the announcement on Sunday, saying the sport organization will engage with the provincial governing bodies to strike a search committee in the coming weeks to hire a new high-performance director.

Wednesday’s letter, signed by 121 current and retired boxers — a number that more than doubled in the days since — spoke of a toxic culture within the federation.

Three-time world champion Mary Spencer was among the most outspoken, saying “[Trepanier] should have been fired a long time ago.”

“He is not fit to lead the Canadian High Performance Boxing Program.”

“I think that’s the big thing, why did it take us so long to get here?” she said. “I just hope that whatever they do moving forward from this, that they put structure in place so that this doesn’t happen again.”

The outcry caught the attention of the International Boxing Association, who pulled Trepanier’s accreditation from the women’s world championships that began Sunday in Istanbul.

“The open letter … is of grave concern,” IBA secretary general Istvan Kovacs said in an email Friday to Boxing Canada. “There can be no room in our sport for the abuse of athletes and we ask for your co-operation in helping achieve this.

“The safeguarding of boxers and the boxing community more widely is, and will remain, a priority for the current IBA leadership team.”

Kovacs said the IBA’s integrity officer and ethics committee would be reviewing claims raised in the letter.

The athletes painted a picture of a hostile environment of homophobic, misogynistic and sexist comments. They wrote about safety concerns – including being forced to spar despite have concussion symptoms – and said there’s a lack of impartiality around things like the dispersal of funds, and rampant favouritism that clouds decisions around team selection.

“It’s a real problem when the high-performance director of a national boxing federation is openly against women boxing,” Spencer told The Canadian Press. “Somebody’s opinion shouldn’t stand in your way while preparing, but when you work with him, the way he treats women, it’s a huge obstacle.”

Spencer was one of Canada’s medal favourites ahead of the 2012 London Olympics, and claimed Trepanier used some of the $140,000 she received from Own the Podium for training to send her to a camp in Ireland ahead of the Games where there were no female athletes to spar with.

“It showed in my performance. When I learned a few months later that one of these two boxers turned pro and that [Trepanier] was his personal coach, I was mad,” Spencer said. “My coach at the time sent a letter to Boxing Canada brass to tell [them] what happened and how mad we were. To this day, I haven’t heard from them.”

Bujold, a two-time Olympian and two-time Pan American Games champion, recently retired from boxing, and said it was frustrating to think about what her career could have been with stronger leadership.

“I think about that all the time,” said the 34-year-old from Kitchener, Ont. “It’s still hard not to look back and think: what would have happened if I had my own coach in my corner? If I had the people around me that supported me in those big moments like I had it when I was at home when I was training? You go to those big competitions and have to deal with Daniel in your corner, even though we didn’t want him there.

“It was hard. In boxing you need to have that connection with a coach.”

The 2014 letter outlined conflicts of interest between his varied roles, a lack of coaching development, and poor communication, among other issues.

A 2016 study commissioned by Own the Podium and Boxing Canada gave the high-performance program scathing reviews. Part of the conclusion said that Boxing Canada has “stood still throughout a period of significant change to their sport in a global context.”

Boxing Canada’s board of directors held emergency meetings over the weekend to further improve its transparency and governance, Savage said in his statement.

Sports psychiatrist explains why Canadian sport is at reckoning point

Dr. Carla Edwards says the Canadian sports system is in trouble but offers options to fix it. 8:07

The board, he said, has reiterated its commitment to a high-performance advisory board, the reinvigoration of a committee meant to ensure communication with the provincial bodies, mandatory safe sport training for coaches and staff, and the separation of the high-performance role from coaching responsibilities.

“The Board of Directors has decided to expediate the work of the third-party expert that was engaged in March 2022 to conduct a culture review of the High Performance Program to ensure that athletes and coaches can excel in an optimal training environment,” Savage said.

Rob Koehler, the director general of Global Athlete, said an independent investigation is still crucial, and it must be signed off by the athletes.

“This is the only way justice will be served, those made accountable and to start the process of gaining athlete trust through transparency and accountability,” he said Sunday.

Three-time Canadian heavyweight champion Bryan Colwell said he was pleased “the first step has been taken.”

“I hope this leads to rebuilding of the program that reflects the diversity of our Canadian athletes,” he said. “Canada is a big country with a lot of great fighters. Boxing is coming back.”

The boxing letter comes amid what Sport Minister Pascale St-Onge has called a safe sport “crisis” in Canada.

Dozens of bobsled and skeleton athletes wrote a similar open letter, calling for the resignation of acting president Sarah Storey and high-performance director Chris Le Bihan. They remain in their positions.

Hundreds of former and current gymnasts have called on Sport Canada to launch a third-party investigation into their sport.