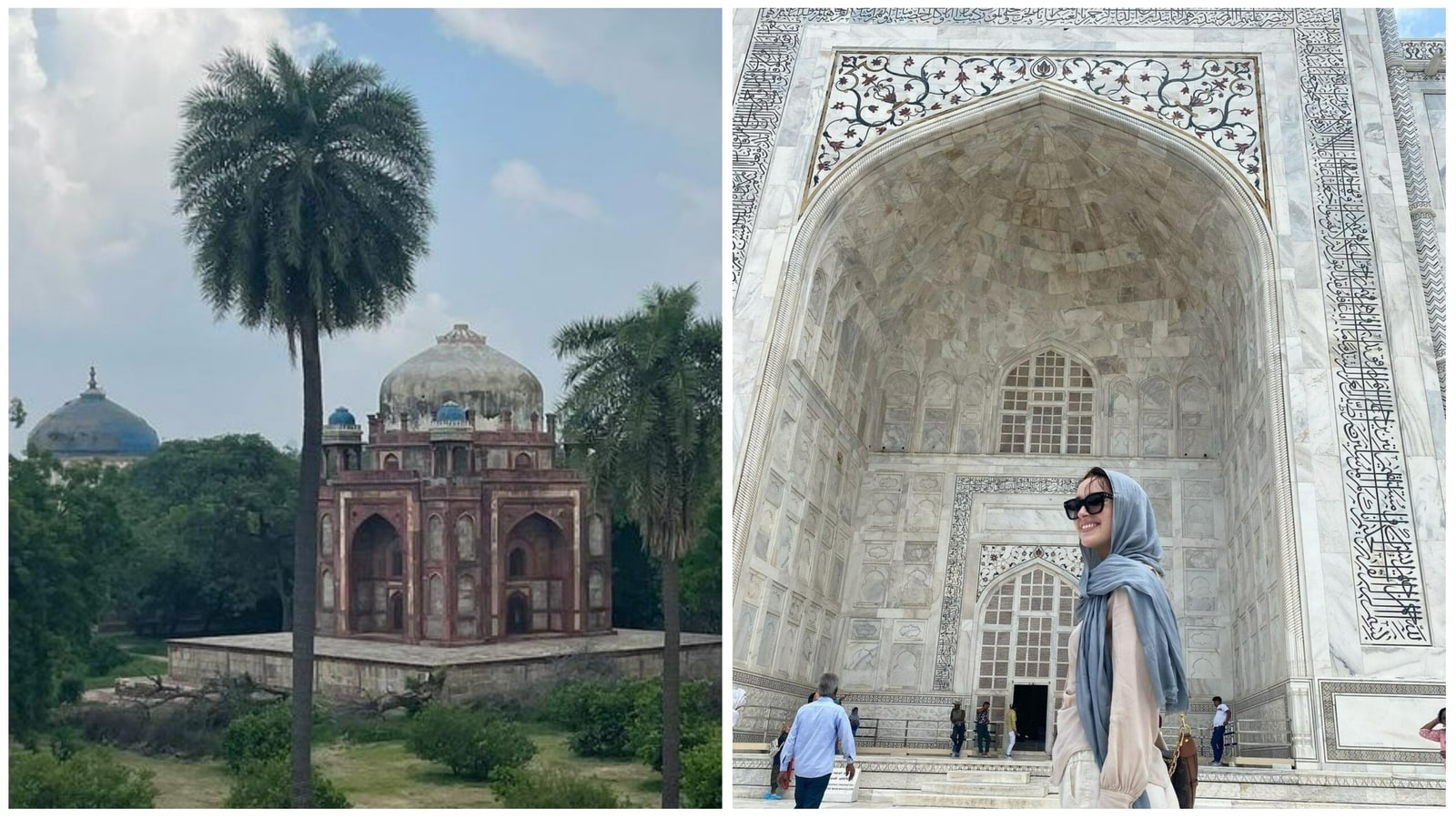 Phoebe Dynevor of Bridgerton fame recently visited the Taj Mahal in Agra and the Humayun’s Tomb in Delhi. The actor has now shared several throwback pictures from her world tour to various Wonders of the World, including the Taj Mahal. She is known for playing the lead of Daphne Bridgerton in Bridgerton season one. Also read: Bridgerton’s Ruby Barker says she is hospitalised amid ‘mental health struggle’

Sharing the pictures from her trip around the globe, Phoebe wrote on Instagram, “A few from the past couple of months. Cairo to Delhi to Seoul. What a beautiful ride. Excited for you to see what we’ve made.”

The first picture shows Phoebe in a beige top and white pants and a blue stroll covering her head as she went around the Taj Mahal to have a closer look. The last picture shows the Taj Mahal in a perfect frame. The other pictures are from her visit to the Great Sphinx of Giza and the Pyramids in Egypt, including The Pyramid of Djoser. There are also a few glimpses of the food she had during the tour and her time in the desert.

Simone Ashley, lead actor of Bridgerton season 2, commented on her post, “She’s flying,” along with a heart emoticon. A fan also commented on her pictures, “Such beauty, wonder and lust of life.” One of the Bridgerton fanpages wrote in the comments section, “Each one of these locations look magical and So rich! I genuinely can’t wait to discover what’s behind all of this, seems like an adventurous project.”

Phoebe shot to fame as Daphne, who was the Duchess of Bridgerton and then Hastings in the hit Netflix show. She played the eldest daughter in the Bridgerton family who goes on to marry Regé-Jean Page’s Simon Basset, the Duke of Hastings. She had made a comeback in the second season as well and had played a major role in guiding her onscreen brother Jonathan Bailey’s Anthony in seeking a wife and finally making the right decision in choosing Simone Ashley’s Kate Sharma.