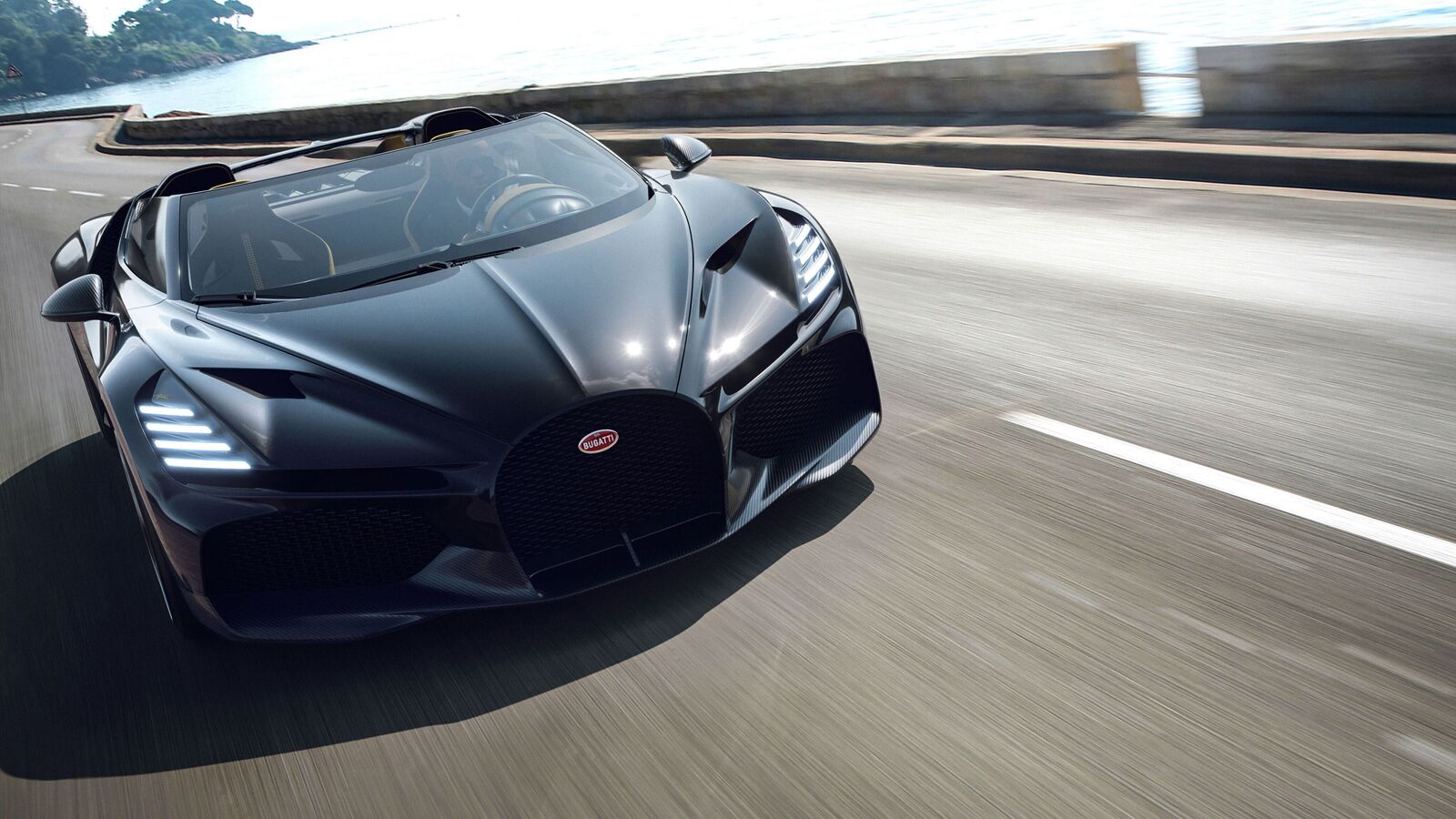 Bugatti W16 Mistral is a roadster based on the Chiron. There will only be 99 units, each one is priced at €5 million.

Bugatti has revealed its new W16 Mistral hypercar which is a roadster and is based on the Chiron. The Mistral is named after a wind blowing from the Rhône River valley, the car is also the last production vehicle to get the W16 engine. After this, Bugatti won’t be using the legendary 8.0-litre, quad-turbocharger, W16 engine. The engine has been in production since Veyron which was introduced back in 2015.

The design of the W16 Mistral is inspired by the 1934 Bugatti Type 57 Roadster Grand Raid. For people who are not familiar with the Type 57, some of the design elements of the W16 Mistral look like a hybrid of La Voiture Noire and Divo but it is now a roadster. The front has angry-looking LED headlights with Bugatti’s iconic horseshoe-shaped grille. At the rear, the tail lamps look nothing like someone has ever seen on a production car. They form a huge ‘X’ with Bugatti written in the centre. A similar design can be seen on the Bugatti Bolide which was not road legal.

Bugatti will only be making 99 units of Mistral. This is quite common for a manufacturer like Bugatti. In the past, they have made 40 Divos, 10 Centodiecis, 60 Pur Sports, 30 Super Sport 300+ and just one Voiture Noire. The W16 Mistral has been priced at 5 million euros and all 99 units are already sold out. The deliveries of the W16 Mistral will start in 2024.

The engine on the W16 Mistral is the same 8.0-litre unit that produces 1,577 hp of max power and around 1,600 Nm of peak torque. The power is sent to all four wheels using a 7-speed dual-clutch automatic transmission.

It is expected that the next launch from the manufacturer will be its new hypercar which has already been under development for the past two and a half years. It is being co-developed with Rimac. Mate Rimac, founder of Rimac said, “I would say it’s going in the opposite direction of what everybody expects,”. So, Bugatti might be going hybrid finally. Although, nothing is officially confirmed yet.