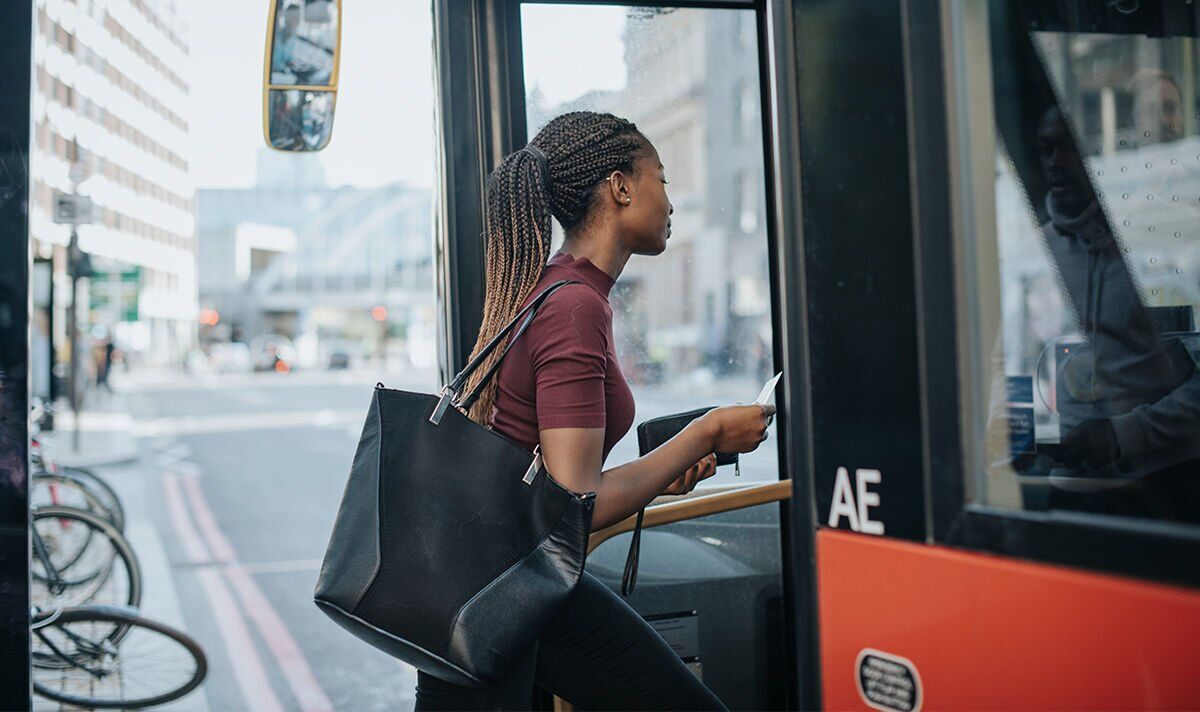 Showing up just a few seconds after the bus driver has finished letting on passengers at a bus stop can be frustrating, especially if this means waiting for the next bus before one has even left. However, a bus driver has revealed there is a key reason why drivers often don’t let passengers onboard once they have shut the front door.

Stephen is a bus driver who operates a route passing through Glasgow City Centre. He shares videos of his experience at work on his TikTok account @fatbusdriver87, where he has already amassed a following of over 8,000 fans.

He was asked by a commenter why drivers don’t open the door for some passengers “when you’re literally stood waving at the glass door”.

Another viewer left a seething comment about bus drivers in Glasgow, saying: “They won’t even let you on if you’re still at the stop and the doors closed or drive right by you. It’s a nightmare.”

The rules may vary depending on the company a driver works for or the location their route operates through, however, for Stephen it is a matter of health and safety.

In a video response, the bus driver said: “I am a Glasgow driver… and there is a point here. ‘They won’t even let you on if you’re still at the stop’. Would this happen to be in the town by any chance? Because this is a good point.

“Not many people know this but if this is in the town under TRC conditions, which means they are enforced by Glasgow City Council and SPT and our own inspectors. As soon as we have serviced a stop and the door is closed we can not open them again. We are not allowed to.

“The company faces a fine and can have their bus license for that vehicle taken off which means it costs them money.

“And we can get into serious s**t for it. So it’s nothing to do with the drivers, maybe some drivers, not all, I can’t speak for them all I can only speak for myself. But if it is in the town that is what it is.”

In another video, he showed the terms and conditions of his job, which state specific times he can and can not allow passengers to board his vehicle.

The text explains: “When driving a bus through Glasgow City Centre between the houses of 7.30am and 6.30pm you are not permitted to wait at bus stops for any longer than it takes to allow passengers to board and align, other than at those stops which are designated as bus stands (mainly terminal points).

“You must only uplift and set down passengers at bus stops designated for the service you are operating.

“You must not open the doors of the vehicle to allow passengers to board and alight until you are stopped at the stop orphan the entire vehicle is within the bus cage and queueing to get to the stop. You are only allowed to service a bus once before moving off.”

The rules add that “under no circumstances do you open doors” in any place other than the designated stop. This is why there is little point chasing a bus that has only just pulled away from your stop. Even if it is stuck in traffic, drivers in certain localities can not open the door to allow passengers to board.

Despite the fact the driver gave a clear reason why they are not permitted to do so, commenters remained annoyed at the prospect.

One person named Sean fumed: “The rule seems a bit silly if someone is right there as the doors close. It’s not as if it’d cause a major delay unless there was a loada people last min.” [SIC]

Another commenter said: “Happens in small places etcetera too not just the town. Happened a few times when my son was a newborn I was raging.”

However, there were plenty of commenters who understood and appreciated the rule. One said: “Once the door is closed consider the stop served. Get the next one! As said City Centre has restrictions outwith town drivers don’t have time to waste.” [SIC]