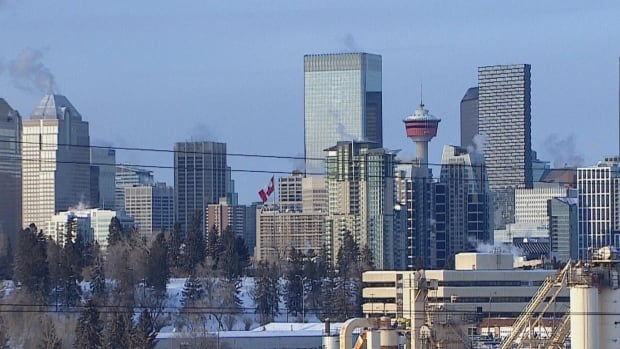 A group of energy and clean tech entrepreneurs along with the University of Calgary and the local and federal governments are hoping Calgary’s ample and available downtown office space will make the city synonymous with clean energy innovation.

The Energy Transition Hub, with the goal of opening March 1, may not be the first of its kind, even in Alberta. But it will for the first time put large oil and gas companies in the same space as the researchers, entrepreneurs and academics working to decarbonize the industry.

“The Energy Transition Centre is really an in-person, physical space to start clustering a lot of the like-minded energy transition groups in the city to start building solutions for commercialization and export — right beside and in partnership with Calgary’s oil and gas companies,” Kevin Krausert, CEO of Avatar Innovations, said following the announcement Wednesday.

Avatar is one of the private sector partners.

With already thousands of clean technology companies in the city, Krausert says the hub is about helping companies scale up to make a difference in the economy and reduce the oil and gas sector’s carbon emissions.

The clean tech sector in Alberta, according to a recent report, has the potential to create 170,000 jobs and contribute $61 billion to the economy by 2050.

Many companies are poised to take advantage of the opportunity, but they lack the resources to bring it to market with the buy-in of the large oil and gas players.

“You know, innovation in the energy industry is unique from other sectors, being capital intensive and safety critical,” he said.

Krausert thinks much innovation could come out of what’s being developed in Calgary, whether it is in methane emissions reductions, hydrogen, geothermal, carbon removal or carbon capture.

The 17,000-square-foot space will be at the heart of Calgary’s energy sector, and leaders are calling it the city’s “energy innovation district,” according to a release from the federal government.

More than two-thirds of the $3 million in federal funding will go toward an Energy Transition Centre, with specialized equipment, mentorship and programming aimed at entrepreneurs.

The remaining $900,000 in funding will go toward additional training programs for Alberta clean energy startups.

The facility has been put together through the collaboration of Krausert’s company, clean tech accelerator training company Foresight Canada, the City of Calgary, the federal government, the University of Calgary and oil and gas heavyweights such as Cenovus and Suncor.

Part of the transition

From the city’s perspective, it’s an effort at keeping Calgary at the centre of Canada’s energy sector while diversifying the economy.

Cenovus CEO Alex Pourbaix, who participated in the announcement Wednesday, said the centre is an ambitious goal for Calgary and Canada in a changing global economy that will continue to rely on oil and gas extraction through the transition.

“I think the world needs more of all energy types,” he said. “And I think what you’re going to increasingly see and particularly from the oil and gas industry is the decarbonization of those fuels rather than, you know, those fuels going away.”

And with upward of a third of Calgary’s downtown office space sitting empty, Krausert says now is the time to take advantage of the opportunity and invest in the city.

“This is a way we can start refilling some of these office towers, beside a thriving oil and gas industry. But today the announcement represents a model for what the future of the energy transition should look like in Canada.”