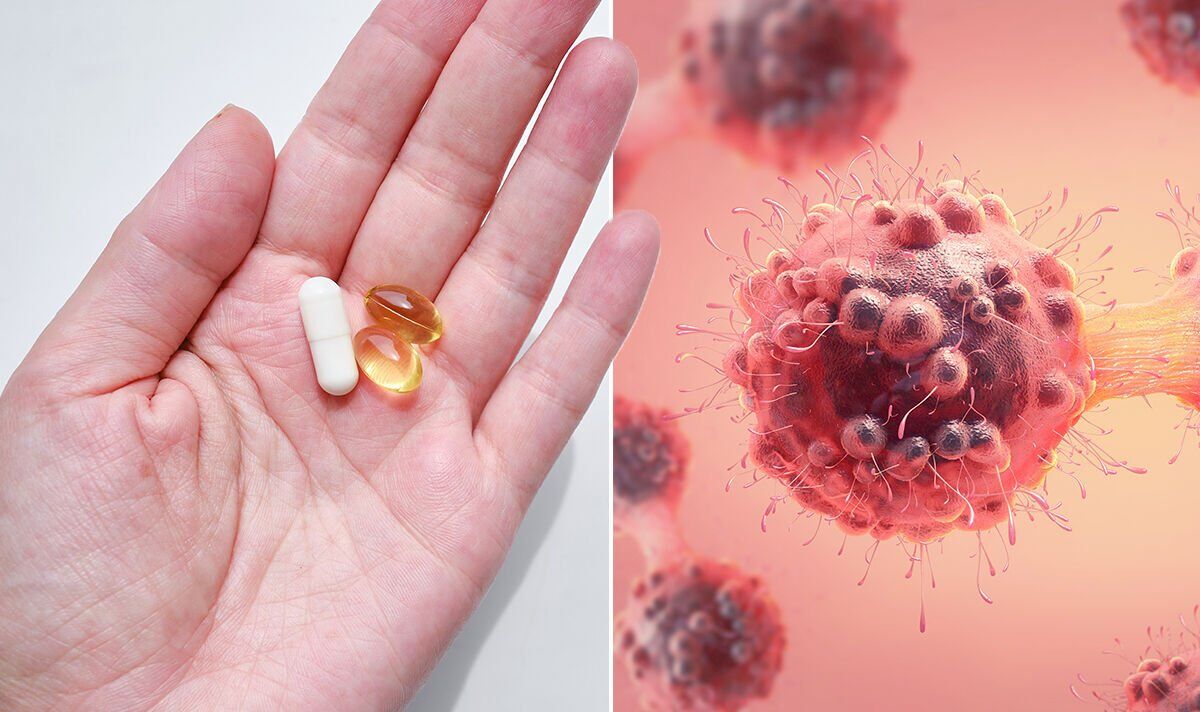 The researchers concluded: “After an average of four years of supplementation, the combination of beta carotene and vitamin A had no benefit and may have had an adverse effect on the incidence of lung cancer and on the risk of death from lung cancer, cardiovascular disease, and any cause in smokers and workers exposed to asbestos.”

Other studies have drawn this worrying association. The α-Tocopherol, β-Carotene Cancer Prevention Study reported an 18 percent increase in relative risk among smokers randomised to beta-carotene (20 mg/day) compared with those who did not.

However, the research is mixed. For example, the Mayo Clinic highlights one study of 22,000 male physicians, some of them smokers or former smokers, which found no increase in lung cancer from beta-carotene supplementation.

These people took 50 mg of beta-carotene every other day for 12 years.

READ MORE: Vitamin deficiency seen in 1 in 10 older Britons can cause ‘DNA damage and lead to cancer