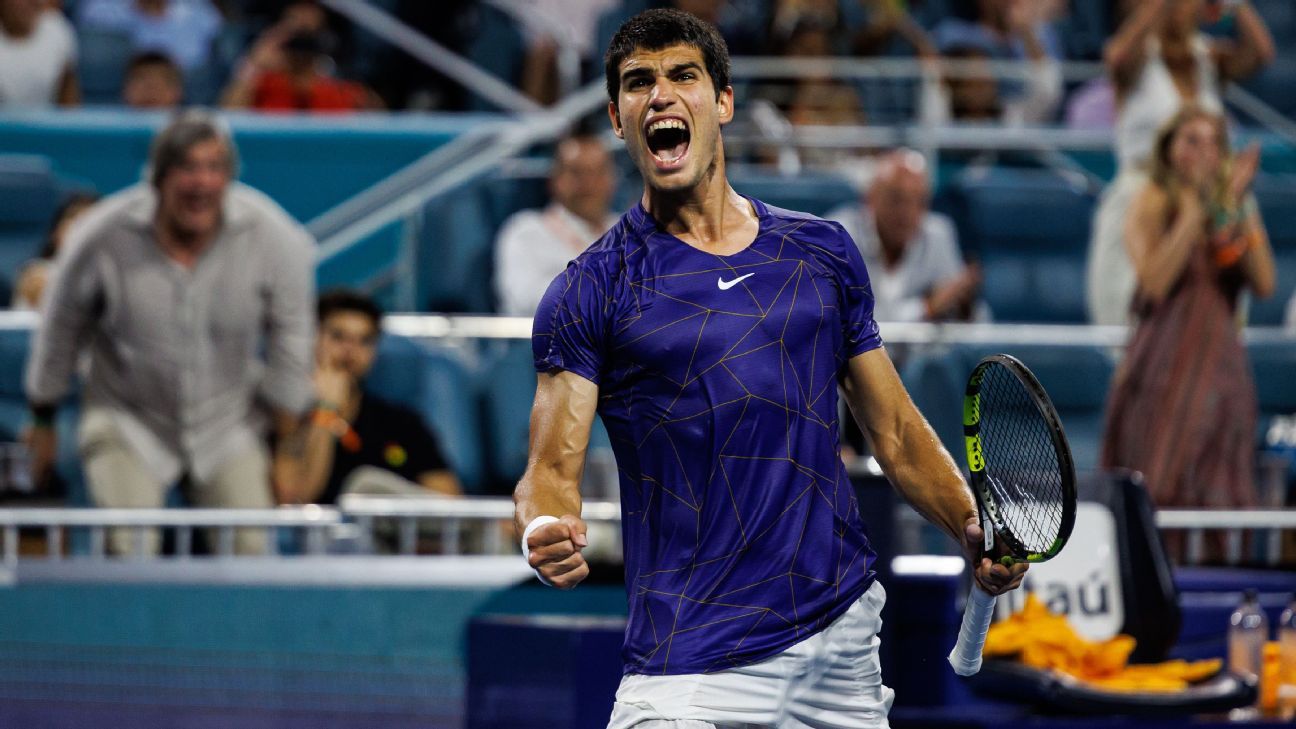 Rafael Nadal was about a month younger than Alcaraz is now when he made the Miami final; the tournament was called the NASDAQ-100 Open then and was played at Key Biscayne. Nadal lost a five-setter in the final that year to Roger Federer.

Alcaraz will vie for his second title of 2022 after winning the Rio Open in February. He has lost just one set this tournament.

Ruud earned his spot in the title match by defeating Francisco Cerundolo 6-4, 6-1 in the first semifinal Friday. He will be playing in a Masters 1000-level final for the first time.

“It was a tough match, even though the scoreline said two straight sets,” Ruud said. “It was tough.”