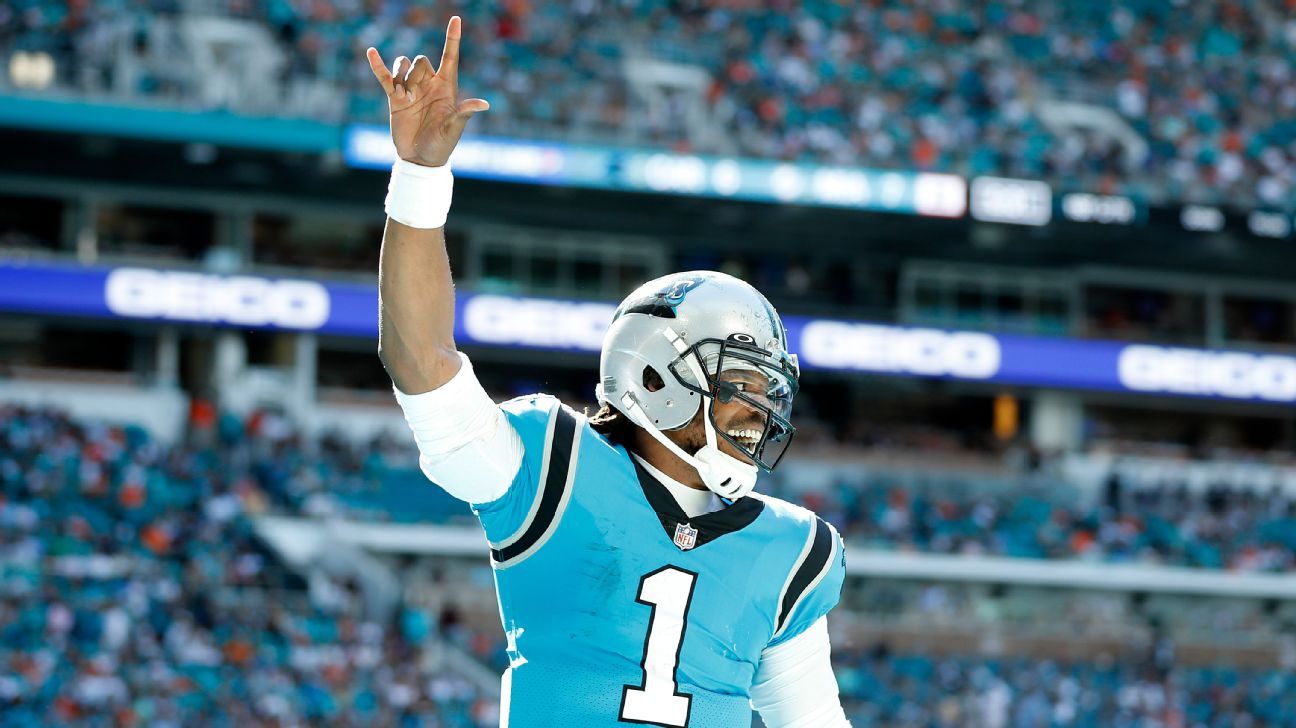 CHARLOTTE, N.C. — The Carolina Panthers haven’t ruled out re-signing quarterback Cam Newton, but the 2015 NFL MVP is exploring other options.

“I have teams that are interested in signing me,” Newton told ESPN’s Adam Schefter in a text. “I am waiting on the best fit as it pertains to winning a championship and getting a fair chance to play.”

Newton led the Panthers to an NFL-best 15-1 regular-season record and the Super Bowl in 2015. He has gone 30-36 as the starter since, 13-23 the past four seasons after a shoulder and foot injury diminished his effectiveness.

He went 7-8 as the starter in New England in 2020 after Carolina released the three-time Pro Bowl selection before Matt Rhule’s first season as head coach.

The Panthers re-signed Newton late last season after starter Sam Darnold went on injured reserve. He went 0-5 as the starter, and was replaced by Darnold in the final game.

Rhule has been in contact with Newton since the end of the season.

“I love Cam Newton,” Rhule said on Tuesday at the NFL owners meeting in South Florida. “He’s an amazing leader. He’s an amazing football player. Everything we do has to be right for the organization, right for him.”

Whether Newton, who turns 33 in May, will want to return to a Carolina team that has gone 10-23 in Rhule’s first two seasons and hasn’t had a winning record since 2018 remains to be seen.

“It’s not just us saying, ‘Hey, Cam, come on back,”’ general manager Scott Fitterer said last week. “He’s got to want to come back. He’s got to like the role, the situation. It’s really just a fit for both of us.

“The door is open. I’d love to have someone with his leadership, his toughness. He brought so much to his team last year and stabilized us during a really hard time. He’s a really special person.”

While Fitterer and Rhule left the door open for Newton to compete for a starting spot, their focus is on getting Darnold to improve over his 4-7 record last season. Fitterer said last week the third pick of the 2018 draft is the leader for the job now.

Rhule said on Tuesday he expects Darnold to show “significant improvement” this season.

Rhule and Fitterer said the Panthers want to add another quarterback to the roster with Darnold and PJ Walker. They haven’t rule out a trade, signing one in free agency or using the sixth pick of the draft on one.

They spent last week at the pro days of Pittsburgh’s Kenny Pickett, Liberty’s Malik Willis and Mississippi’s Matt Corral. While draft analysts have called this a weak quarterback class, Rhule believes “one of those quarterbacks will be a top 10 pick.”

Rhule also made it clear Carolina isn’t “locked in” on a quarterback for the sixth pick even though Fitterer says the best way to build a team is around a young quarterback, if for anything it is more cost efficient.

Newton would not be a long-term solution, and he would have to determine how close Carolina is to becoming a playoff and championship contender. Meanwhile, he’s spending the offseason exploring his options and remaining an entrepreneur.

Overtime, which launched the Overtime Elite basketball league last year, is now partnering with Newton on a new 7-on-7 football league called OT7.

In terms of playing, Fitterer said Newton is “looking for a certain opportunity.”

“The door is still open for us,” he said. “We’re very open to Cam. He knows where we stand. We’ll see where it goes.”