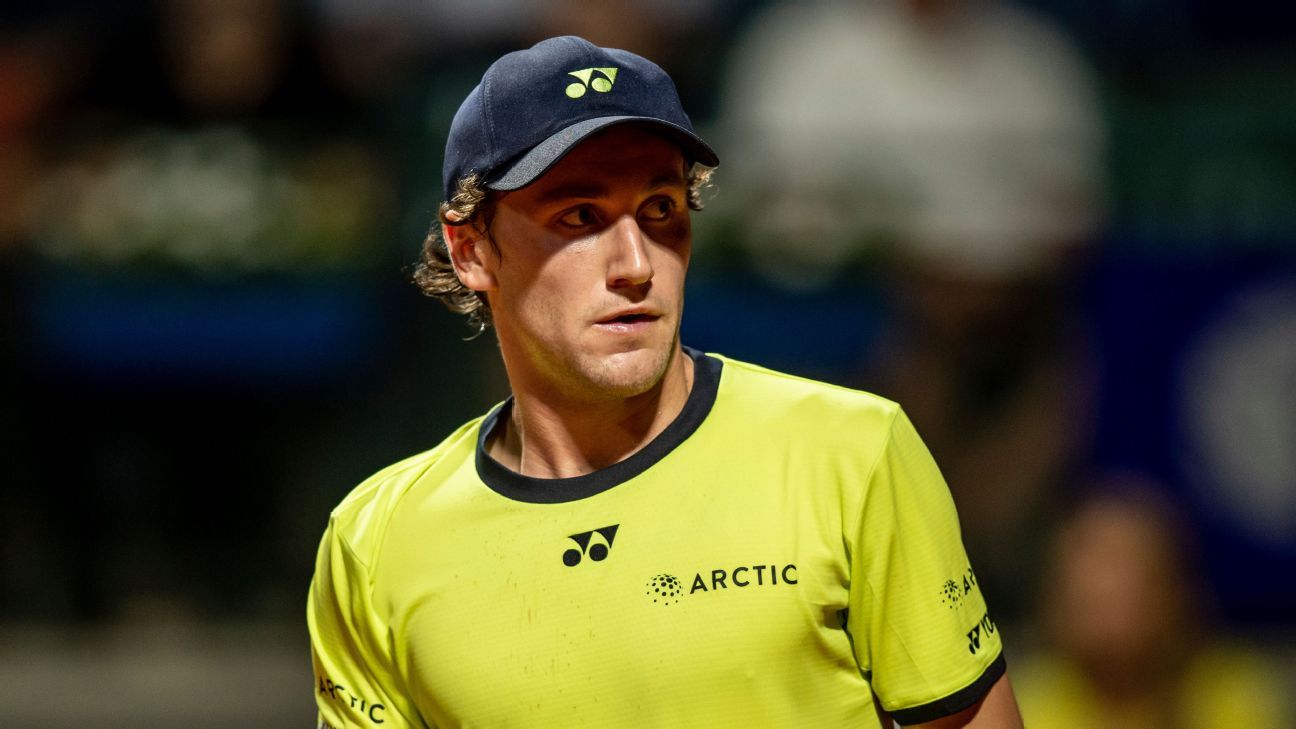 BUENOS AIRES — Top-seeded Casper Ruud of Norway defeated Spain’s Roberto Carballes Baena 7-6 (2), 6-2 on Wednesday to advance to the quarterfinals of the Argentina Open.

Ruud, the No. 8-ranked men’s player in the world, will face local favorite Federico Coria, who earlier beat fifth-seeded Dusan Lajovic of Serbia 4-6, 7-5, 6-4.

Ruud withdrew from the latest Australia Open due to an ankle injury but is now recovered. It was his first match at this year’s tournament in Buenos Aires.

“It feels good to play a match again,” Ruud said after the match. “I was a bit rusty, but I think I started well. Some mistakes here and there, a couple of breaks against me, but I was able to get them back. All in all it was a good way to go through.”

Also on Wednesday, Spanish veteran Fernando Verdasco beat Brazil’s Thiago Monteiro to reach the last eight. The 38-year-old had his victory by 2-6, 6-3, 7-5.

Wednesday’s last match of the round of 16 will be played between third seed Lorenzo Sonego of Italy and Argentina’s Sebastian Baez.

Four more matches on Thursday will complete the quarterfinals schedule.