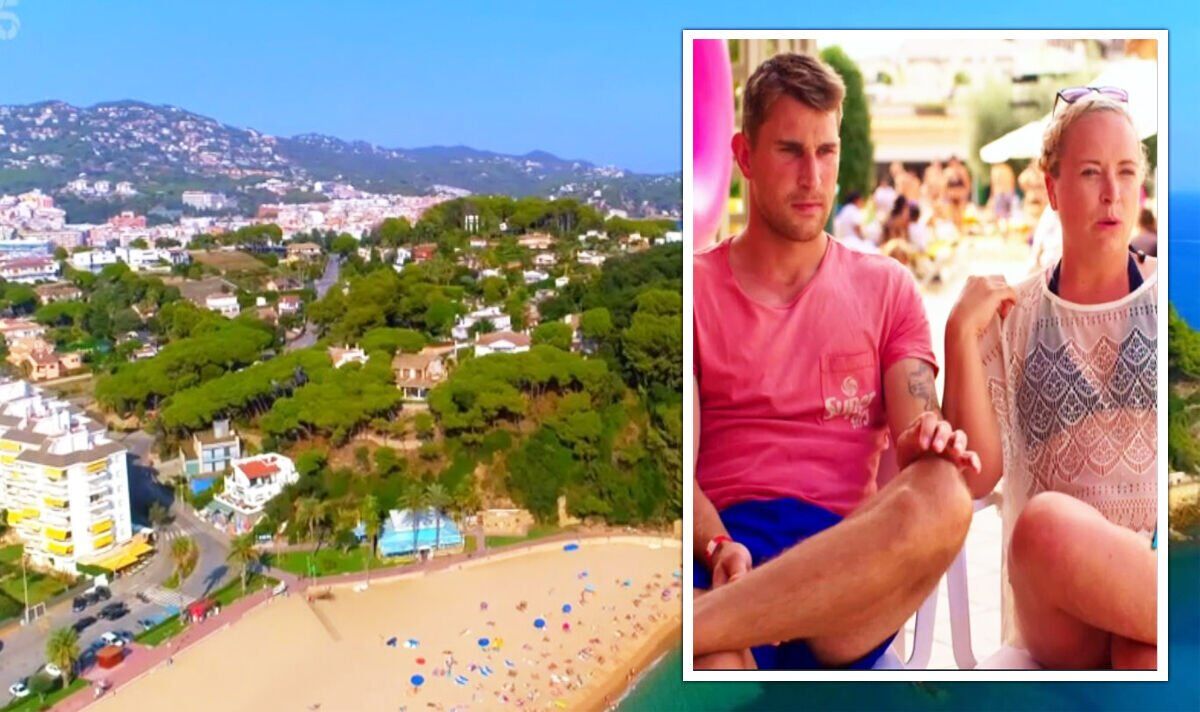 Britons spend around five million pounds going on holiday each year. Channel 5 followed a set of sunseekers at the Guitart resort in Spain.

Just two hours from Barcelona, thousands of holidaymakers travel to the resort on Spain’s Costa Brava.

Based in Lloret de Mar, the hotel hosts over 2,000 guests at a time who can get through 500 bottles of spirits every week.

Each year, a whopping 60,000 guests travel to the hotel to experience the classic all-inclusive lifestyle.

This year, love was in the air as the hotel staff prepared a wedding banquet for a lucky local Spanish couple.

READ MORE: Cheap holiday expert tip – ‘No fear of being ripped off’

Rob, Kerry and their children were on a familymoon after tying the knot at home in Surrey and watched the married couple.

Although they thought the bride was beautiful, Rob said that Kerry had been even more beautiful on her wedding day.

Another unusual romantic celebration took place in the resort in this week’s episode.

Dave and Helen from Coventry were engaged but not yet married after struggling to pay for their wedding.

Dave said: “We had to postpone even though we didn’t really want to.”

The pair decided to book a holiday instead of saving for their big day. However, they decided to stage their own mini wedding on the Spanish beach.

They used a snorkel as the veil and some ankle bracelets for the rings. With a willing flower girl, the pair were ready for their mock wedding.

Although their stand-in celebrant did ask for ice cream for her services, the pair quickly made their escape.

But while some guests were feeling the love, others felt the resort was far more suited to families.

Another added: “With it being a hot country and running around after three children, you just don’t have much energy.”

The hotel had loads of facilities for kids including a huge range of swimming pools and a children’s club.

While most guests were there to enjoy a holiday of a lifetime, some couldn’t help missing their home comforts and having a classic British moan.

One said: “I miss being able to have a lie in and not worry about missing breakfast!”

Some parents were disappointed to hear that their children missed their toys and XBoxes at home.

Other families were happy to share a holiday together as they didn’t get to see each other much.

The Secret Life of the Holiday Resort is on Channel 5 at 10pm on Sundays.