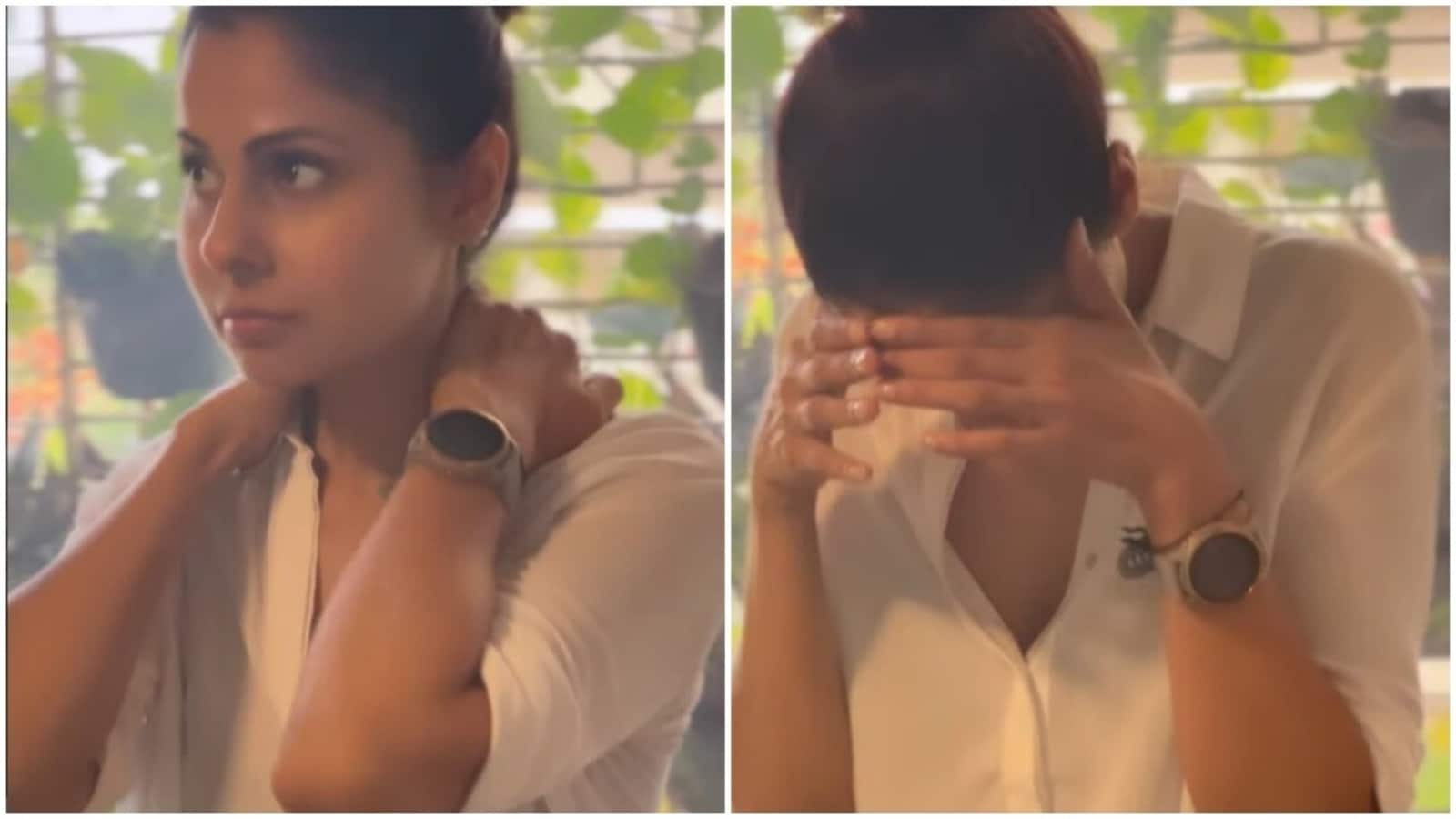 Actor Chhavi Mittal, who revealed her breast cancer last month, has been sharing her journey on social media to spread awareness. In the latest, she penned an emotional post as she started radiotherapy, weeks after undergoing a surgery. Chhavi said that she feels nervous about radiotherapy and its side effects, but is determined to conquer this journey. Also Read| Chhavi Mittal showed cancer surgery scars to her son who thinks she got hurt while running, but daughter broke down

The actor took to her Instagram account on Monday to share a reel that showed her portraying multiple emotions including nervousness. In the caption, she mentioned that she had just started feeling normal but will have to start a new difficult journey now.

She wrote, “My radiotherapy starts today and I’ve been told to expect some side effects which I’m not comfortable with. I’ve been asked before by many, if chemo or radiotherapy is the patient’s choice. Well technically you need to sign the consent form… but in all fairness it’s your doctor who decides your line of treatment because he’s the expert. And his focus is on saving your life, not avoiding side effects.”

Chhavi revealed that she will be given 20 cycles of radiation for 5 days a week for the next 4 weeks. She said that she does not want to have side effects as she wants to be able to enjoy her life.

She wrote, “But the side effects of radiation will have to spare me.. cause for me living is not just breathing, it’s breathing with happiness.. and that means that I always wanna feel whole. Thankfully my doctor gets that and he’s holding my hand through this every minute. I’m determined to conquer this journey and come out victorious on the other side. Wish me luck guys…main chali (I’m on my way).”

Chhavi’s friends and fans wished her good luck in the comments section. Neha Swami Bijlani wrote, “All the best.. don’t worry my worrier.. you are way stronger.” Shardul Pandit commented, “Yaar tum bahut awesome ho (you are very awesome). just know we are gonna pray. I have seen some close people fight this thing and hence I know what you doing by sharing is so important you are giving courage to so many and we will give it to you.”

Chhavi underwent the surgery for breast cancer in the last week of April. She has returned home since then and has also resumed work. She has also started working out and shared pictures from her gym sessions on Instagram.