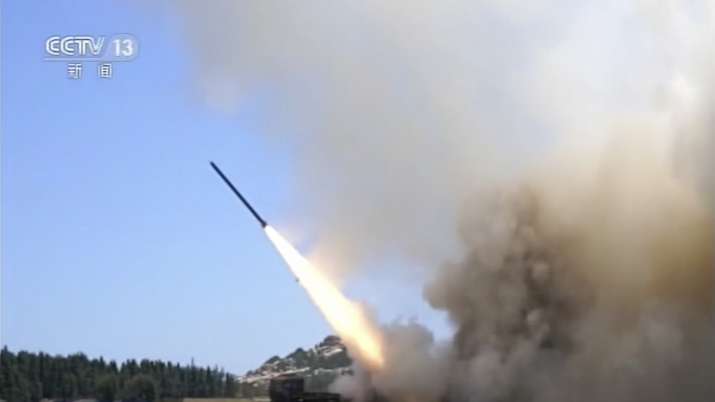 China vs Taiwan: In a show of strength, China is deploying its aircraft carrier group and a nuclear submarine in large-scale military drills in the Taiwan Strait in response to US House Speaker Nancy Pelosi’s high-stakes visit to Taipei which infuriated Beijing as it claims the island as part of its territory.

Zhang Junshe, a senior research fellow at the Naval Research Academy of the PLA, told the state-run Global Times that the People’s Liberation Army (PLA) drills from Thursday to Sunday around the island of Taiwan will feature its first aircraft carrier group deterrence exercise, which will establish a maritime multidimensional combat system.

The four-day military exercises were being held a day after Pelosi’s visit. China, which claims Taiwan as part of its mainland, strongly objected to her visit.

While the drills are organised by the PLA Eastern Theatre Command, forces from other theatre commands also participated in the exercises, Zhang said.

“This reflects the high interoperability between PLA’s various theatre commands,” he said.

The PLA Navy operates two aircraft carriers, the Liaoning and the Shandong, while the third one, Fujian, is undergoing trials.

Zhang did not confirm which carrier is participating in the drills, or if both carriers have formed a dual-carrier group.

Meanwhile, Taiwan is grappling with how to respond to the Chinese drones.

On the other hand, they are believed to have been used to gather intelligence about Taiwan’s military strength and preparedness on the island, which is just 3.2 kilometres from the mainland city of Xiamen, and a failure to act could encourage more operations in future, the report said.

The PLA drones were spotted flying over Quemoy, which is also known as Kinmen, on Wednesday night – hours after Pelosi left Taipei for South Korea as part of her Asia tour and the night before a series of live-fire exercises around the coast of Taiwan island started.

Troops in Quemoy fired flares to warn the drone away and maintained combat readiness, the Taiwanese defence ministry said in a statement.

ALSO READ | Why is China staging drills around Taiwan? | Explained