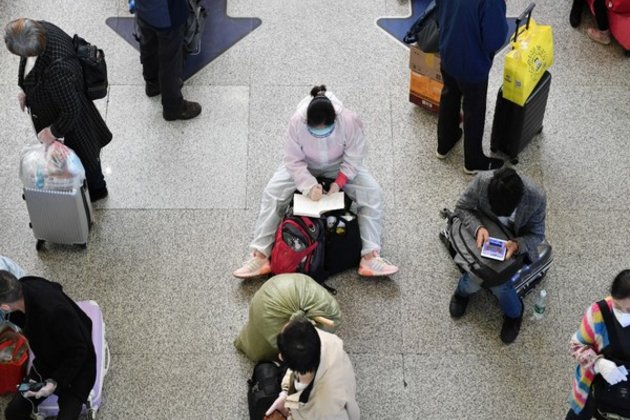 Earlier, the Chinese government announced plans to ease border restrictions and resume overseas visits in an orderly manner as per the international COVID-19 situation.

As per the NHK World report, Chinese media had said that access to major online travel sites for bookings to popular destinations, including Japan and Thailand increased ten-fold after the government’s announcement.

Meanwhile, China has imposed a ban on such agencies from accepting bookings of group tours and giving sales of package tours, according to NHK World. China will lift the travel restrictions from January 8, the Civil Aviation Administration of China (CAAC) said on Wednesday.

The CAAC said that it will resume international passenger traffic, according to Global Times. According to the new policies released on the official website of the CAAC, China will stop designating inbound high-risk flights and call an end to the 75 per cent restriction for passenger capacity on inbound flights.

Chinese and foreign airlines will arrange scheduled passenger flights in line with bilateral agreements. The CAAC said that it will gradually resume applications for chartered international passenger flights, as per the Global Times report.

It will also cancel measures impacting inbound flights, including closed-loop management of domestic and overseas crews, COVID testing and quarantine.

According to Global Times, new measures have been introduced to optimize anti-COVID management, as the government downgraded management of COVID-19 to Class B, and cancelled quarantine requirements on inbound travellers from January 8, 2023.

However, people coming to China will still need a negative virus test within 48 hours and passengers will be required to wear protective masks on board, an online post from the National Health Commission said.

World Health Organisation (WHO) Director-General Tedros Adhanom Ghebreyesus has once again asked China for reliable data on Covid hospitalizations and deaths in the country.

“We continue to ask China for more rapid, regular, reliable data on hospitalizations and deaths, as well as more comprehensive, real-time viral sequencing,” Tedros said at a media briefing in Geneva Wednesday, according to the script of the media briefing posted on the WHO website.

This comes as WHO held a high-level meeting with counterparts in China last week to discuss the surge in cases and hospitalisations. Subsequently, WHO’s Technical Advisory Group on SARS-CoV-2 Virus Evolution and the COVID-19 clinical management expert network groups both met with Chinese experts.

The WHO chief said that the UN agency is concerned about the risk to life in China and has reiterated the importance of vaccination, including booster doses, to protect against hospitalization, and death.

Last week, a number of countries imposed mandatory Covid testing for travellers from China amid a “rapidly developing situation” in the country. They made the Covid-19 test mandatory for flyers coming from mainland China due to a surge in coronavirus infections after the country rolled back its stringent “zero-Covid” policy.

On Tuesday, Beijing accused these countries are imposing COVID-19 entry restrictions without the presence of a scientific basis to support such measures.

“Some of these measures are disproportionate and simply unacceptable. We firmly reject using COVID measures for political purposes and will take corresponding measures in response to varying situations based on the principle of reciprocity,” Chinese Foreign Ministry Spokesperson Mao Ning said during a regular press conference on January 3. (ANI)