China’s People’s Liberation Army is building and deploying an array of space warfare tools, including anti-satellite missiles and cyberweapons, which will be used to dominate Earth by controlling space, according to an Air Force report.

The report by the China Aerospace Studies Institute, part of the Air University, also blames China for spreading a huge amount of space debris, mainly from a 2007 anti-satellite missile test. The ASAT test destroyed a weather satellite and left more than 3,400 pieces of floating space junk that will threaten satellites and manned spacecraft for years.

“China’s military has designated outer space as a warfighting domain — described as a ‘new commanding height of war’ — that China must fight for and seize if it is to win future wars,” the report stated. “People’s Liberation Army (PLA) officers and analysts assert that space is the ultimate high ground, and that whoever controls space controls the Earth.”

The PLA views its military space systems for command and control, communications, intelligence, surveillance and reconnaissance as critical to waging high-tech war.

“At the same time, Chinese military analysts regard space as a critical vulnerability that can debilitate an enemy if access is denied,” the report said.

The PLA plans to use outer space to project power far from its shores and defeat adversaries, including the U.S., in a future conflict, the report contends. Its space warfare arms, dubbed counter-space weapons, include a wide range of systems. The PLA has begun to transition the arms from testing to deployment.

Since the 2007 ASAT test, China’s space warfare program has only grown more capable through a series of trials, the report said.

“Taken together, Chinese counterspace and counterspace-related activities likely represent the intention to undermine the U.S. military’s conventional advantage by threatening satellites from the ground to [geosynchronous orbit],” said the report, referring to the 23,000-mile orbit of strategic satellites.

Four years ago, the cybersecurity firm Symantec disclosed that attacks originating from China targeted a satellite communications operator and a satellite imagery and mapping organization. According to the report, since the 2007 ASAT test that destroyed an orbiting weather satellite, the PLA carried out seven ASAT-related tests. The Chinese altered their testing, often disguising them as missile defense launches, to reduce space debris.

Co-orbital PLA space warfare activities include the deployment of eight small satellites from 2010 through 2018 that demonstrated capabilities for intercepting or grabbing orbiting satellites. PLA cyberattacks related to space warfare include a 2012 electronic strike against NASA’s Jet Propulsion Laboratory that provided Chinese hackers with full functional control over laboratory networks.

Three other cyberattacks linked to space warfare in 2014, 2017 and 2018 targeted satellite controls at the National Oceanic and Atmospheric Administration, Indian satellite communications, and satellite operators, defense contractors and telecommunications companies.

An example of a PLA-directed energy strike is the 2006 ground-based laser-targeting of an orbiting U.S. remote-sensing satellite.

“China’s role in making space more congested, contested, and competitive is indicative of the long-term competition between the United States and China, in which China has become a global power, in part, through the use of space,” the report concludes.

On space congestion, the report says, China is a major source. Although its 441 spacecraft represent less than 7% of the total satellites in orbit, China has produced nearly 25% of all space debris, mainly from the 2007 test.

Countering Chinese state media, a Navy spokesman tells Inside the Ring that a U.S. Navy intelligence-gathering ship has been operating legally and in international waters while on a mission in the contested South China Sea.

Lt. Langford did not say whether the Chinese military or maritime security vessels harassed the survey ship, as they have done to similar survey ships several times.

Among the incidents involving confrontations between the PLA navy and intelligence-gathering ships were two involving the USNS Impeccable in 2009 and 2013. The ship was in international waters and came under military and security vessel harassment from Chinese vessels. Navy survey ship incidents in 2001, 2002 and 2009 involved the USNS Bowditch and USNS Victorious.

Such survey ships perform undersea warfare intelligence-gathering for the Navy, including from a major Chinese submarine base and an underwater cave near Hainan Island.

A source said Chinese vessels have hailed the Mary Sears during its surveys and attempted to force the ship to leave what the Chinese claim as territorial waters. Chinese state media have denounced the Mary Sears for conducting submarine warfare-related activities in the South China Sea since last month.

The Mary Sears has been in the South China Sea since Sept. 26. It conducted operations near Hainan Island from Oct. 1 through Oct. 4 before moving toward the Vietnamese coast. On Sunday, the ship was near the disputed Spratly Islands, where China has built military bases on islets and reefs.

The South China Sea is shallow, making submarine operations difficult. The Seawolf-class attack submarine USS Connecticut was damaged recently when it hit what the Navy said was an undetermined object. No details about the object were disclosed, but speculation has included a dumped shipping container or an underwater drone.

The Chinese Communist Party-affiliated new website Global Times said operations by the Mary Sears and Connecticut “in the South China Sea, on China’s doorstep, are a threat not only to the Chinese navy if a conflict breaks out, but also to normal, civilian activities in peacetime.”

Photos made public by North Korea this week show what appears to be a missile that is similar to China’s DF-21D, the unique anti-ship ballistic missile capable of targeting moving ships at sea from long distances. The photos were published online Monday in North Korea state media during the military exhibition “Self Defense 2021.”

Rick Fisher, a military affairs analyst, said the show revealed that the missile looks similar to China’s DF-21C and DF-21D missiles, with ranges of around 1,100 miles.

The DF-21C is classified as a medium-range precision strike missile for use against land targets. The DF-21D is known as its aircraft carrier killing variant that requires extensive warhead precision, navigation and tracking to hit ships at sea.

“North Korea’s new maneuverable missile warhead bears a striking similarity to that on China’s DF-21C precision strike missile and the DF-21D anti-ship ballistic missile,” said Mr. Fisher, who is with the International Assessment and Strategy Center. “As it apparently has a solid rocket booster, this North Korean missile will be mobile and likely can perform precision strikes against South Korean and American targets, perhaps even at sea.”

The North Koreans also showed off their version of a hypersonic missile, which bears a striking resemblance to China’s DF-17 hypersonic glide vehicle.

The DF-17 is designed to fly more than five times the speed of sound and maneuver along the edge of space to its target. The missile is said to be impervious to advanced missile defenses, making it an especially potent strike weapon.

Mr. Fisher said the hypersonic glide vehicle is launched from North Korea’s Hwasong-8 liquid-fueled missile, which was tested on Sept. 28. 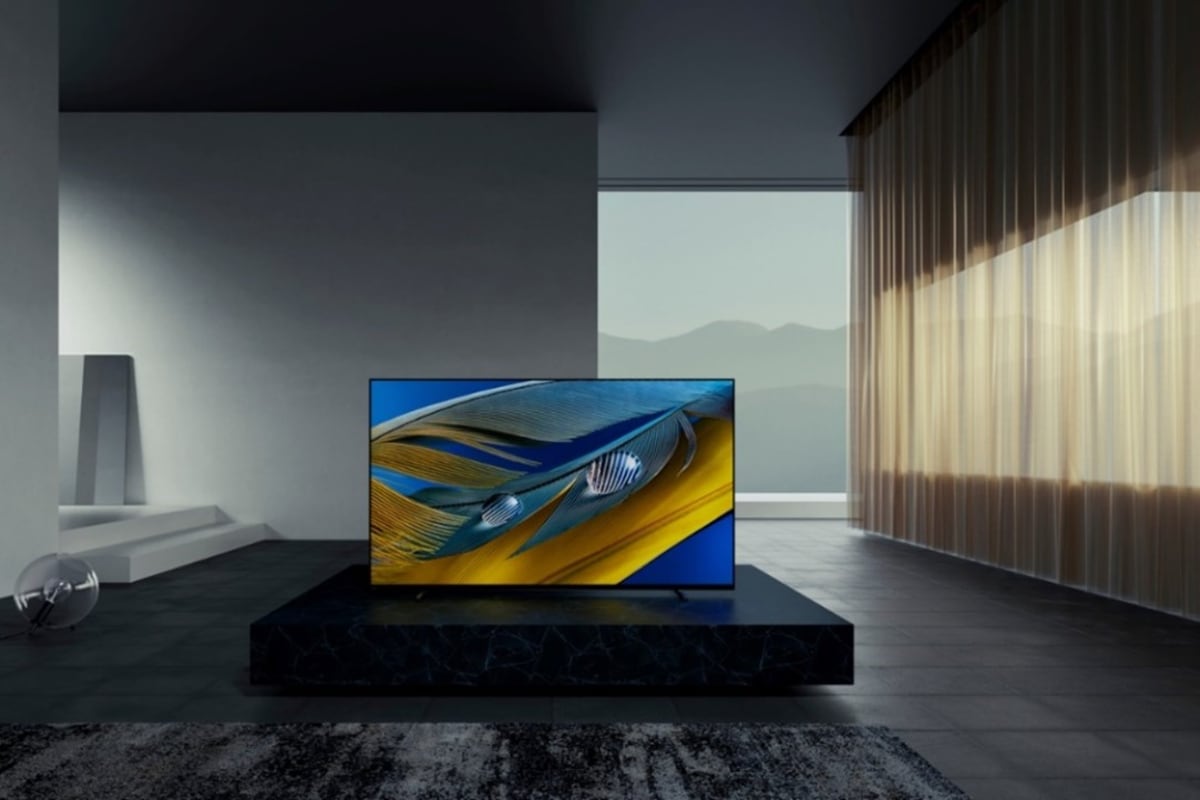 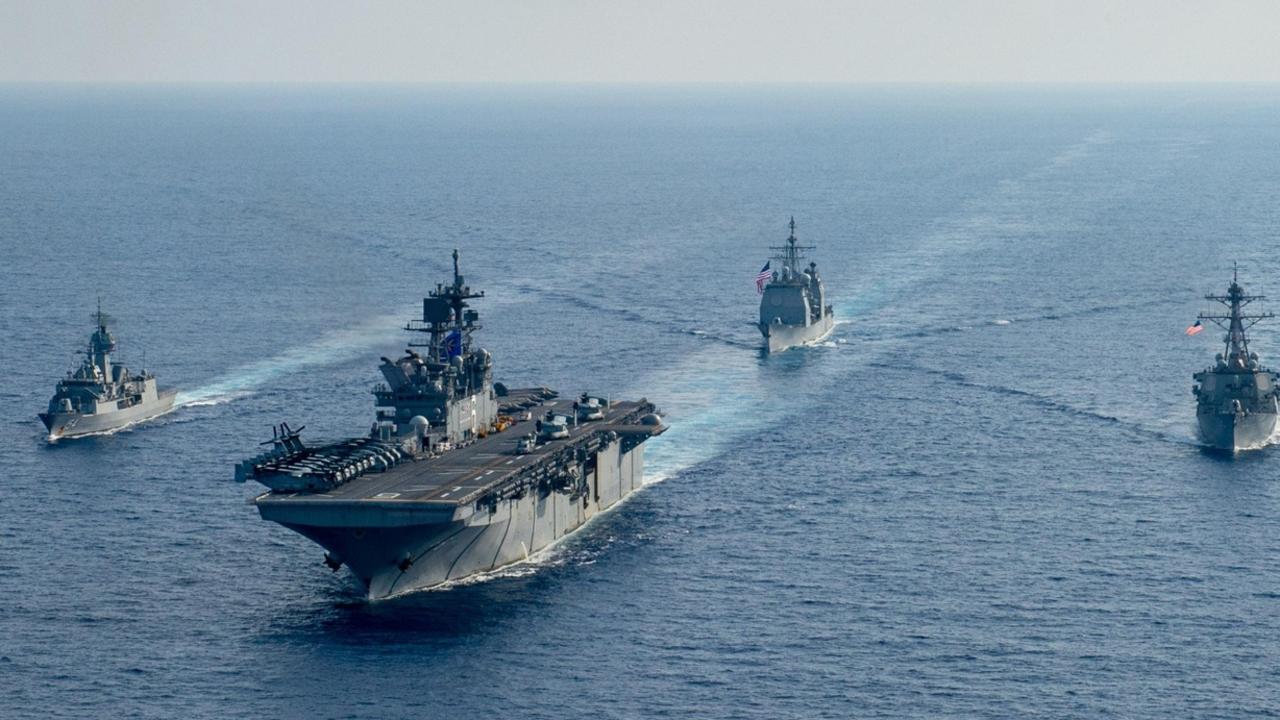 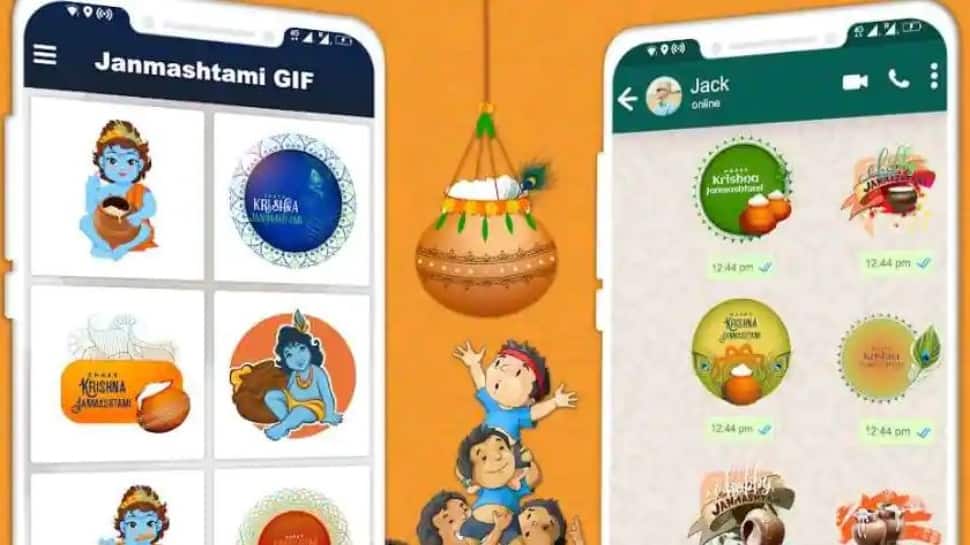 WhatsApp Happy Janmashtami 2021 Stickers: Here’s how to download it on Android and iOS | Technology News