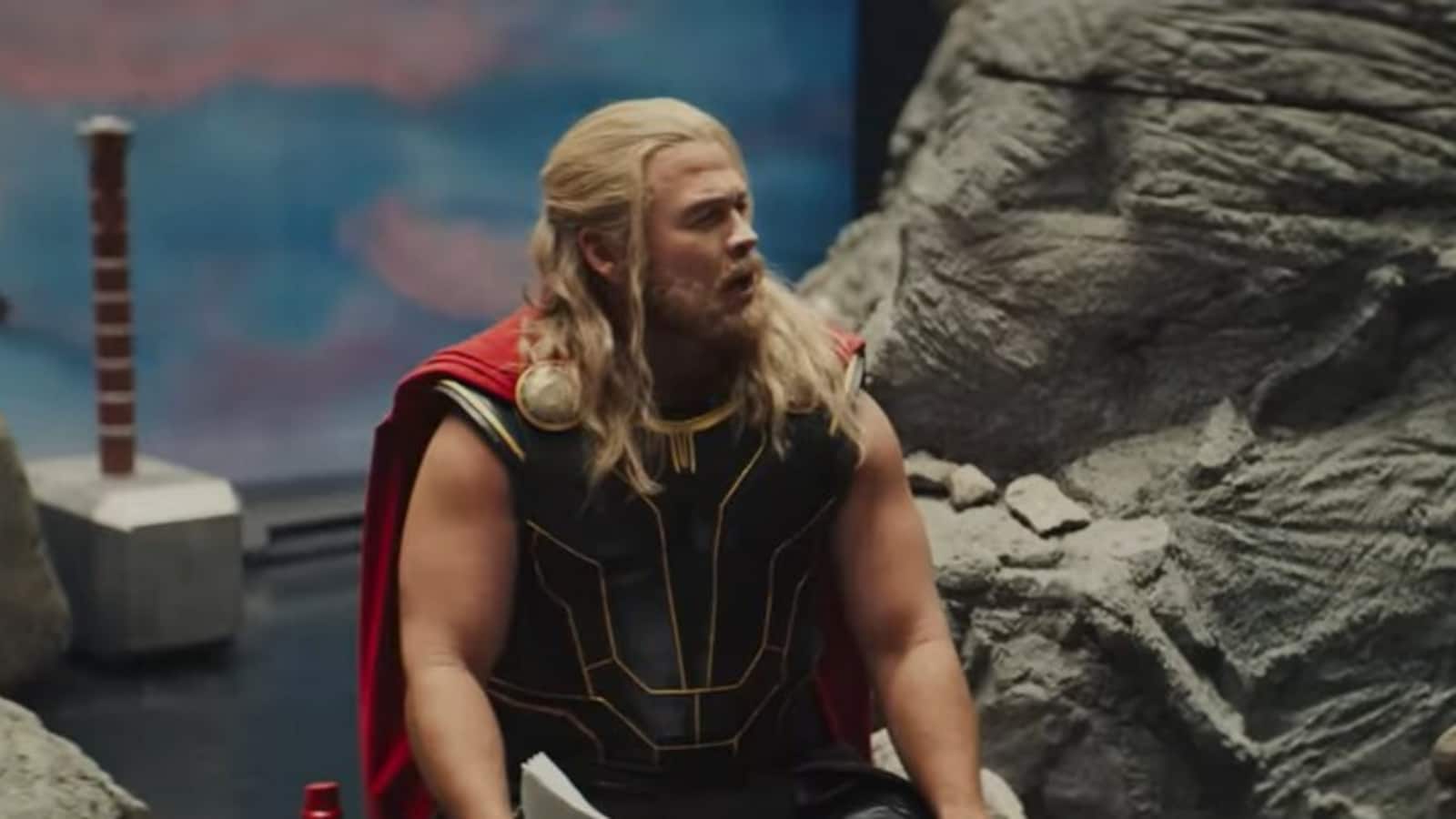 Chris Hemsworth’s brother Luke Hemsworth featured in a commercial, in which he played Chris’ character Thor. Chris’ Thor: Love and Thunder is set to release on July 8.

Actor Chris Hemsworth is currently gearing up for the release of his film Thor: Love and Thunder releasing on July 7. In a commercial of a popular shaving brand, Chris’ brother Luke featured as Thor. In the spoof video, Luke talks about how playing the Marvel character is an ‘electrifying’ feeling for him. Also Read: Chris Hemsworth ‘copies’ Ajay Devgn’s Phool Aur Kaante stunt in Thor: Love and Thunder, sparks hilarious memes

In the 30-second long commercial Luke is seen imitating Chris’ character wearing a steel armour and the iconic red cape of Thor. He says, “You know, playing the God of Thunder is electrifying. A lot of people think me and him look alike.” Towards the end of the video, Luke tries to summon Thor’s hammer, Mjölnir as he yells “I am worthy.”

Many fans reacted to the video on YouTube and Twitter. One person wrote, “One of the only brands that actually has good and entertaining commercials.” One person tweeted, “Remember when Luke Hemsworth played fake Thor in Thor: Ragnarok? Well, he’s at it again.” Tagging the brand one person wrote, “Old Spice take my money.” While one said, “They used the wrong brother in the commercial,” another one wrote, “Amazing.”

Luke Hemsworth is the elder brother of actors Chris Hemsworth and Liam Hemsworth. Luke portrayed an actor portraying Thor in Thor: Ragnarok which was released in 2017.

Chris’s Thor: Love and Thunder was announced in 2019 at San Diego Comic-Con, where studio boss Kevin Feige revealed that Natalie Portman would be returning to the franchise for the first time since Thor: The Dark World. Besides Natalie Portman, other stars include Tessa Thompson, returning as Valkyrie, and franchise debutants Christian Bale and Russell Crowe. Chris Pratt and Dave Bautista also come back from the Guardians of the Galaxy franchise. The film will release on July 7 in India in 6 languages: English, Hindi, Tamil, Telugu, Malayalam, and Kannada.