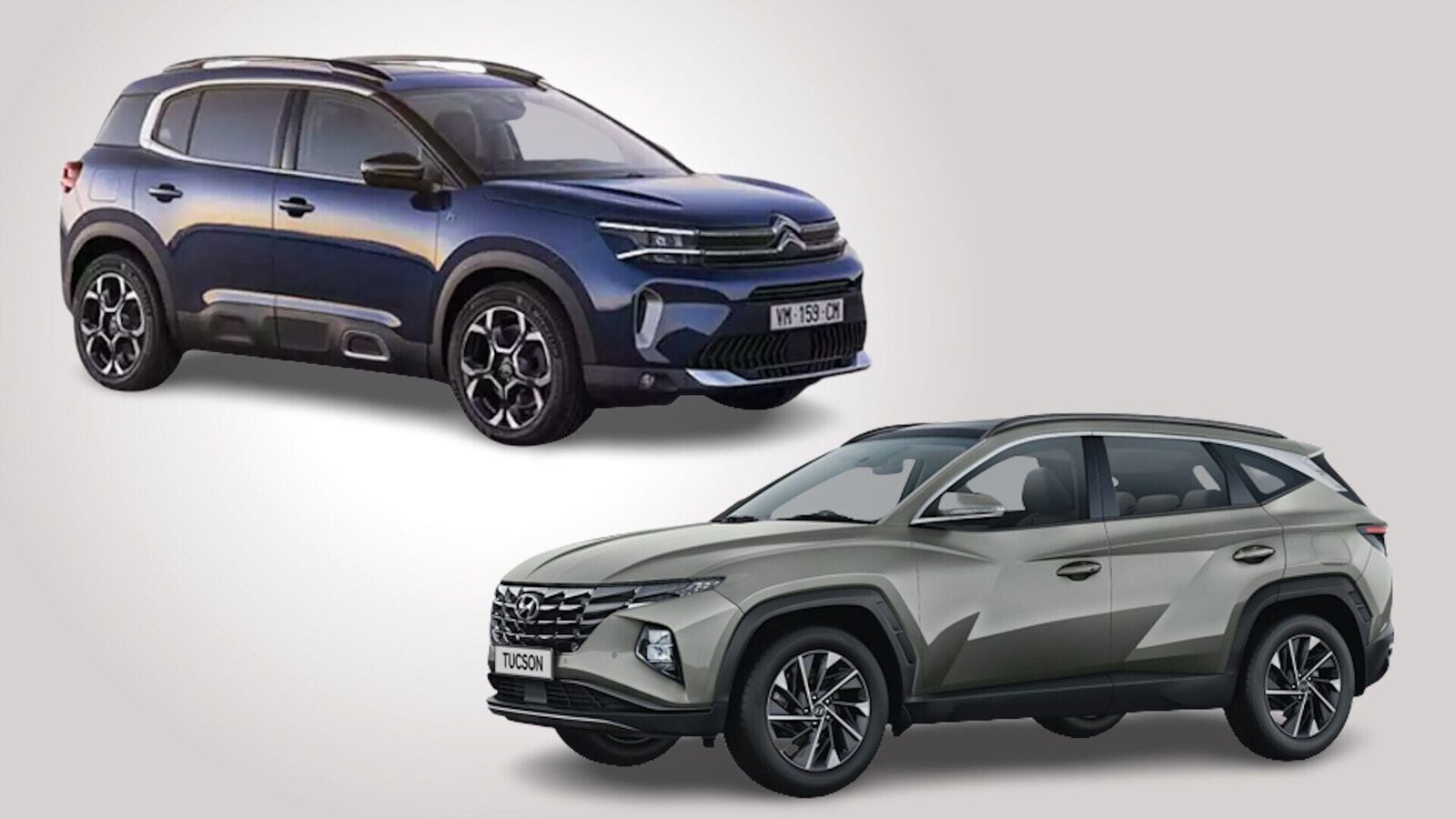 Citroen has launched the facelift version of the C5 Aircross SUV in India almost a year after it was first launched. The new Hyundai Tucson, which also competes in the premium mid-size segment, was launched just a few weeks ago.

A year after French auto giant made its India debut with the C5 Aircross, the carmaker has launched the updated version of the premium mid-size SUV last week. The launch comes weeks after Hyundai Motor launched the new generation Tucson, which is one of the key rivals of the C5 Aircross. While the new C5 Aircross SUV comes mostly with cosmetic changes, the Tucson has been reborn with plethora of features, new powertrain and more. Here is a quick comparison between Citroen C5 Aircross and Hyundai Tucson SUV based on their price, features and specifications.

Citroen launched the C5 Aircross SUV in India on September 8 at a price of ₹36.67 lakh (ex-showroom). Launched in only one variant, called Shine, the new C5 Aircross SUV costs around ₹4 lakh more than the previous generation model. Citroen has removed all other variants of the SUV in its new generation.

The new C5 Aircross looks sharper than before with a redesigned front face. The SUV has received updates in terms of design and features, both inside and outside. The old headlights have made way for a more sporty new set and LED Daytime Running Lamps. The rear LED tail lamps now get a 3D effect. On the sides, there are new 18-inch diamond-cut alloy wheels. On the inside, the C5 Aircross gets a new 10-inch touchscreen infotainment system, a new gear shifter and drive mode buttons.

The new Tucson is a leap forward in terms of exterior and interior design and features, which include the debut of ADAS or Advanced Driver Assistance Systems in a Hyundai model for the first time. The parametric grille with the integrated angel-winged LED DRL lights or the claw-like LED light signature and the LED connector bar across the boot are major highlights of Tucson’s new design.

The interior is more plush with a 10.25-inch touchscreen infotainment system and another 10.25-inch driver analogue-style all-digital driver display. The SUV also offers ventilated seats with both heating and cooling functionality. The biggest highlight of the new Tucson is the addition of Level 2 ADAS features. Called SmartSense, Tucson gets as many as 19 ADAS functions. These include Forward Collision Warning System, Adaptive Cruise Control, Rear Traffic Warning among others.

Citroen C5 Aircross continues to be powered by the 2.0-litre four cylinder DW10 FC diesel engine. Mated to an 8-speed automatic transmission, the engine can churn out 177 PS of maximum power and 400 Nm of peak torque.

On the other hand, the new Tucson continues to be offered with both petrol and diesel engine options. The 2.0-litre petrol motor – the same that powers Alcazar – is mated to a six-speed automatic gearbox while the 2.0-litre diesel motor in our test unit is paired to an eight-speed gearbox. The petrol engine produces 156 PS power and 192 Nm of peak torque.