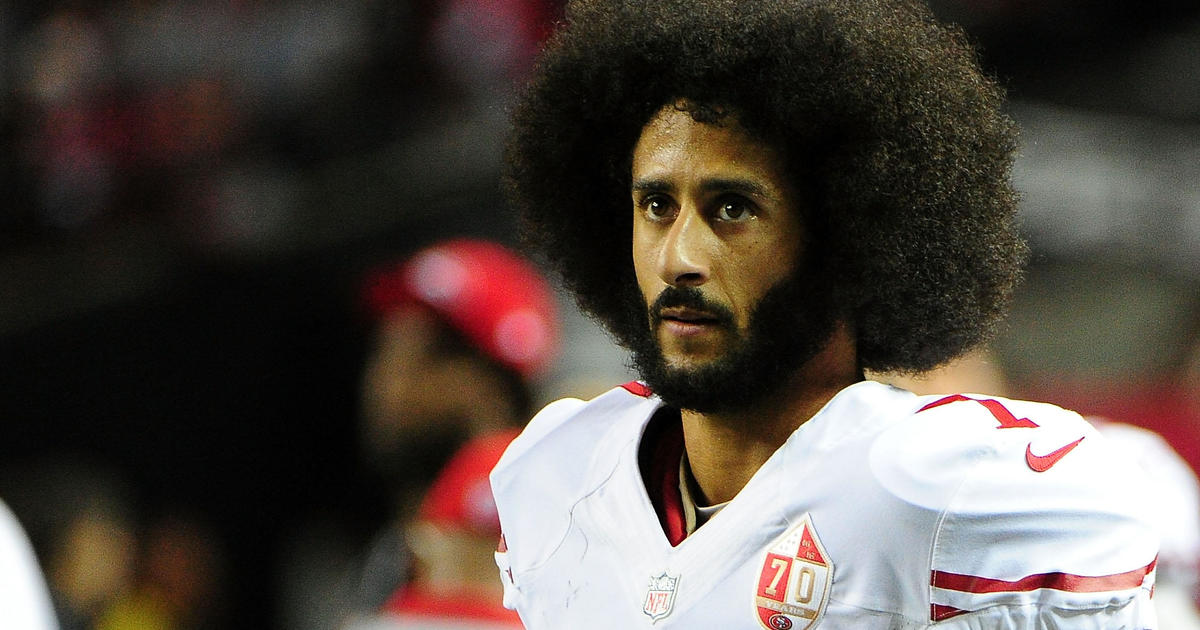 Activist and free agent NFL quarterback Colin Kaepernick called for the release of Mumia Abu-Jamal, a former Black Panther who was convicted of killing a White Philadelphia police officer in 1981. He made the comments during a virtual conference with supporters fighting for his release on Monday.

“We’re in the midst of a movement that says ‘Black Lives Matter.’ And if that’s truly the case, then it means that Mumia’s life and legacy must matter,” Kaepernick said in a video statement. “And the causes that he sacrificed his life and freedom for must matter as well.”

Abu-Jamal, a former radio reporter, was originally sentenced to death for the first-degree murder of Officer Daniel Faulkner on Dec. 9, 1981, but he was resentenced to life in 2012.

“Mumia has been in prison longer than I’ve been alive,” he said. Kaepernick claimed 64-year-old Abu-Jamal was “framed” in the killing and not given a fair trial.

Abu-Jamal was convicted of fatally shooting Faulkner after the police officer stopped Abu-Jamal’s brother for driving the wrong way down a city street. Prosecutors said Abu-Jamal saw the traffic stop and shot Faulkner, who managed to shoot back. Abu-Jamal, found wounded at the scene, said in 2001 that he did not shoot Faulkner and argued in numerous appeals that racism by the trial judge and prosecutors led to his 1982 conviction by a mostly White jury.

“Since 1981, Mumia has maintained his innocence,” Kaepernick added. “His story has not changed. Mumia was shot, brutalized, arrested and chained to a hospital bed. The first police officer assigned to him wrote in a report that ‘The Negro male made no comment,’ as cited in Philly Mag. Yet 64 days into the investigation, another officer testified that Mumia has confessed to the killing.”

John McNesby, president of the Philadelphia Fraternal Order of Police Lodge #5, told CBS News in a statement on Wednesday that, “This is yet another Hail Mary pass by Kaepernick and Mumia supporters to free a convicted cop killer.”

“These latest comments by Kaepernick only serve to re-victimize Danny’s widow Maureen and the entire Faulkner family,” McNesby said.

“Why on earth would he deserve freedom for committing a murder?” the page wrote. “The video shows Kaepernick truly has no knowledge on the true facts and evidence of his conviction. The ignorance of Kaepernick is a disgrace.” However, the page also said Maureen would welcome the opportunity to talk to Kaepernick about his death.

Earlier this year, the Pennsylvania Supreme Court ordered a special master to investigate conflict of interest allegations in the Philadelphia District Attorney’s Office as it relates to the handling of Abu-Jamal’s prosecution, CBS Philadelphia reported. The court assumed jurisdiction over the matter, halting all legal appeals for Abu-Jamal.

The district attorney’s office would not comment on Kaepernick’s plea to release Abu-Jamal.