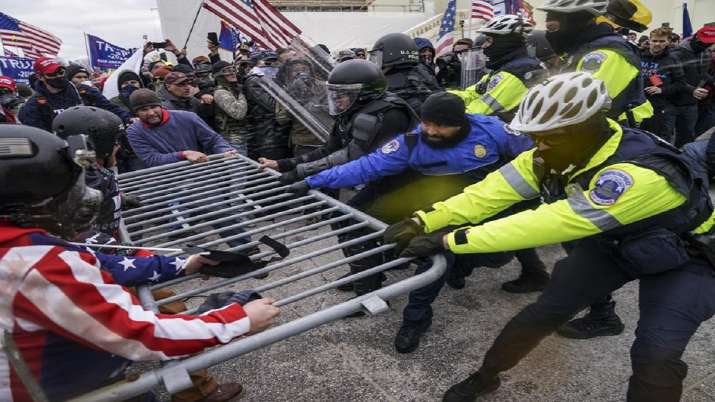 US Capitol Riots: The US House of Representatives committee investigating last year’s US Capitol riot held the first public hearing into the attack. The committee revealed new video footage that showed a number of former President Donald Trump’s trusted aides and advisers, including his daughter Ivanka Trump, explaining that they knew the election was not stolen. The chairman of the House committee declared at Thursday’s prime-time hearing that the attack was an “attempted coup” that put “two and half centuries of constitutional democracy at risk.”

“Democracy remains in danger,” Rep. Bennie Thompson said. “We must confront the truth with candor, resolve, and determination.” She said “the world is watching” the U.S. response to the panel’s yearlong investigation into the Capitol riot and the defeated president’s extraordinary effort to stop Congress from certifying Joe Biden’s election victory. He called it a “brazen attempt” to overturn the election.

In one clip, the panel played a quip from former Attorney General Bill Barr who testified that he told Trump the claims of a rigged election were “bull——.” In another, the former president’s daughter, Ivanka Trump, testified to the committee that she respected Barr’s view that there was no election fraud. “I accepted what he said.”

US Capitol Riots “no accident”

The hearing aimed to lay out in gripping detail that the deadly violence was no accident. Instead, the panel declared it was the result of Trump’s repeated lies about election fraud and public call for supporters to come to Washington and his private campaign at the highest levels of government to block Congress from certifying Biden’s election victory.

“President Trump summoned a violent mob,” said Rep. Liz Cheney, R-Wyo., the panel’s vice-chair. “When a president fails to take the steps necessary to preserve our union — or worse, causes a constitutional crisis — we’re in a moment of maximum danger for our republic.”

Former US President Donald Trump, unapologetic, dismissed the investigation anew — and even declared on social media that Jan. 6 “represented the greatest movement in the history of our country.”

The result of the coming weeks of public hearings may not change hearts or minds in politically polarized America. But the committee’s investigation with 1,000 interviews is intended to stand as a public record for history. A final report aims to provide an accounting of the most violent attack on the Capitol since the British set fire to it in 1814 and to ensure such an attack never happens again.

The January 6 US Capitol riots left more than 100 police officers injured, many beaten and bloodied, as the crowd of pro-Trump rioters, some armed with pipes, bats, and bear spray, charged into the Capitol. At least nine people who were there died during and after the rioting, including a woman who was shot and killed by police.

Emotions are still raw at the Capitol, and security will be tight for the hearings. Law enforcement officials are reporting a spike in violent threats against members of Congress.

In the weeks ahead, the panel is expected to detail Trump’s public campaign to “Stop the Steal” and the private pressure he put on the Justice Department to reverse his election loss — despite dozens of failed court cases and his own attorney general attesting there was no fraud on a scale that could have tipped the results in his favor.