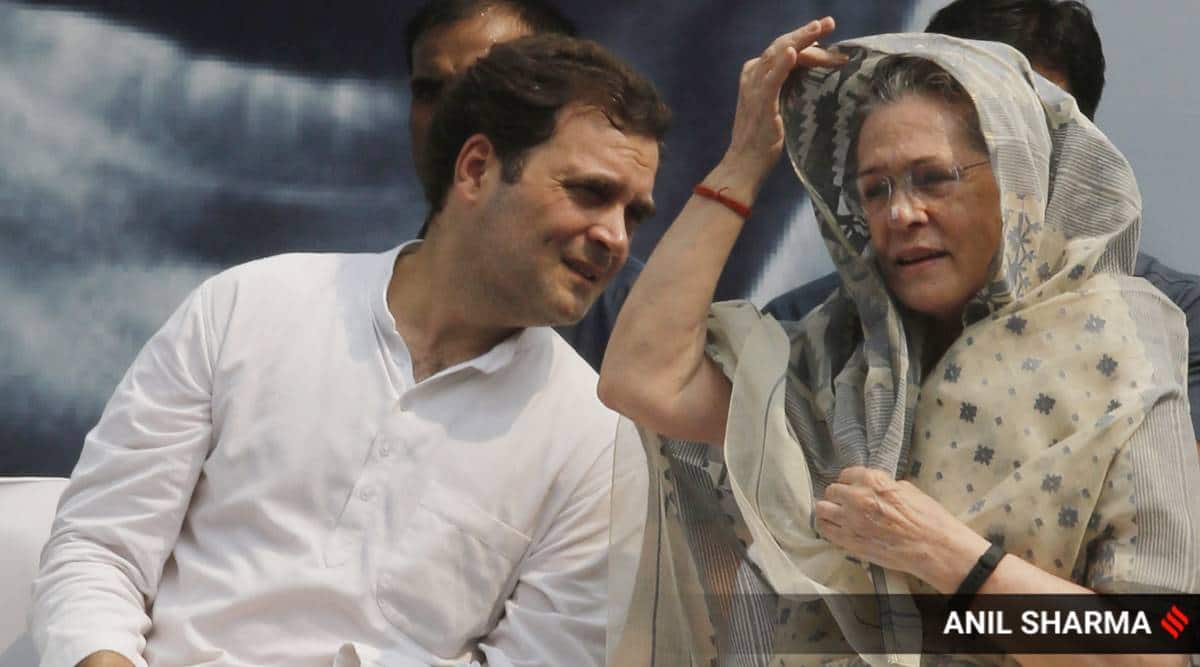 Ahead of the first meeting of the Congress Working Committee (CWC) in five months on Saturday, the chances of the party announcing organisational elections, including to the post of party president, seemed bleak. On the eve of the meeting, several Congress leaders, including members of the Group of 23 who have been seeking sweeping changes in the party structure, argued that the party should not go in for polls now and should focus on the forthcoming Assembly elections in five states.

The G-23 leaders also indicated that they would not oppose if the high-powered body decides to put off organisational elections once again in view of the elections. Many members of the CWC whom The Indian Express spoke to favoured the continuation of Sonia Gandhi as interim president.

“There is again election in some states. There will be continuously elections in one or the other state or group of states till 2024. I think the party’s priority should be to win these elections or consolidating our position, instead of thinking of these issues. There are challenges before the party and there are bigger challenges before the nation… There are issues of democratic values, the issue of weaker sections, unemployment… economy is in a very bad shape. All these things are very dear to the Congress. I think we should focus on these issues and on winning elections in the states. Everybody realises this… But anyway, if the party feels there should be elections, we are ready for elections also,” CWC member Harish Rawat told The Indian Express.

Some of the leaders of the G-23, however, added that the CWC can decide the timeline for holding the membership drive, which was last held in 2016-17, in the run up to the organisational elections.

“Abhi karna bekaar hai, kaun sambhaalega? Jab tak madam hai, gaadi chalega. Gaadi chalta hai. Madam chhod degi, toh gaadi bhi chalna band ho jayegi. Is samay afratafri ka mahaul hai har state mein (It’s useless to hold elections at this point, who will hold the party together? Till the point Sonia Gandhi is there, the party is on track, functioning. When she steps down, even that will stop. Right now, in every state, there is confusion)… So at such a time, everybody has faith in Sonia Gandhi, she is a unifying force,” another senior leader, who is considered loyal to the family, said, on the question of electing a new president.

The CWC is expected to adopt a couple of resolutions, and many leaders felt the lead taken by Rahul Gandhi and Priyanka Gandhi Vadra in the Lakhimpur Kheri incident — in which Union Minister of State for Home Ajay Mishra’s son is an accused in the killing of four farmers — will come in for wholesome praise.

An AICC office-bearer wondered if anything would emerge from the meeting apart from this. With permanent invitees, special invitees, chief ministers, all speaking, the refrain “will be over-repetitive”, the leader said. “Everyone will be keen to impress Sonia Gandhi, Rahul and Priyanka. There will be competitive sycophancy and ego massaging. Amid all this… I don’t know what constructive thing will come out… It generally becomes a meaningless exercise.”

Another leader said that it would be the resolutions that are adopted which would be the most significant thing at the meeting, apart from “the stand we take on crucial issues”. “The rest of the organisational matters can wait. The country is looking at us… as the main Opposition party, our stand on key issues affecting the people.”

At least two leaders said the CWC should discuss the reports of the committee set up by Sonia Gandhi to look at the party’s losses in the last round of Assembly elections. “We still don’t know what the committee said on the debacle in Kerala and Assam and the rout in West Bengal. We should discuss that first before planning about the next round of elections,” one leader said.

Rawat was forthright in his support for Sonia Gandhi’s continuation, saying the Congress had done very well under her. “These are challenging times… Even my friends from the G-23… they also know it… Time and again senior people like Ghulam Nabi Azad have expressed confidence in her leadership.”

It’s been two years since Rahul Gandhi resigned as Congress president and Sonia Gandhi was brought back to the helm as an interim arrangement. Many leaders believe she should continue while a large section is hoping for the return of Rahul. Whatever the decision, it is time the grand old party put its house in order as another set of crucial elections loom.