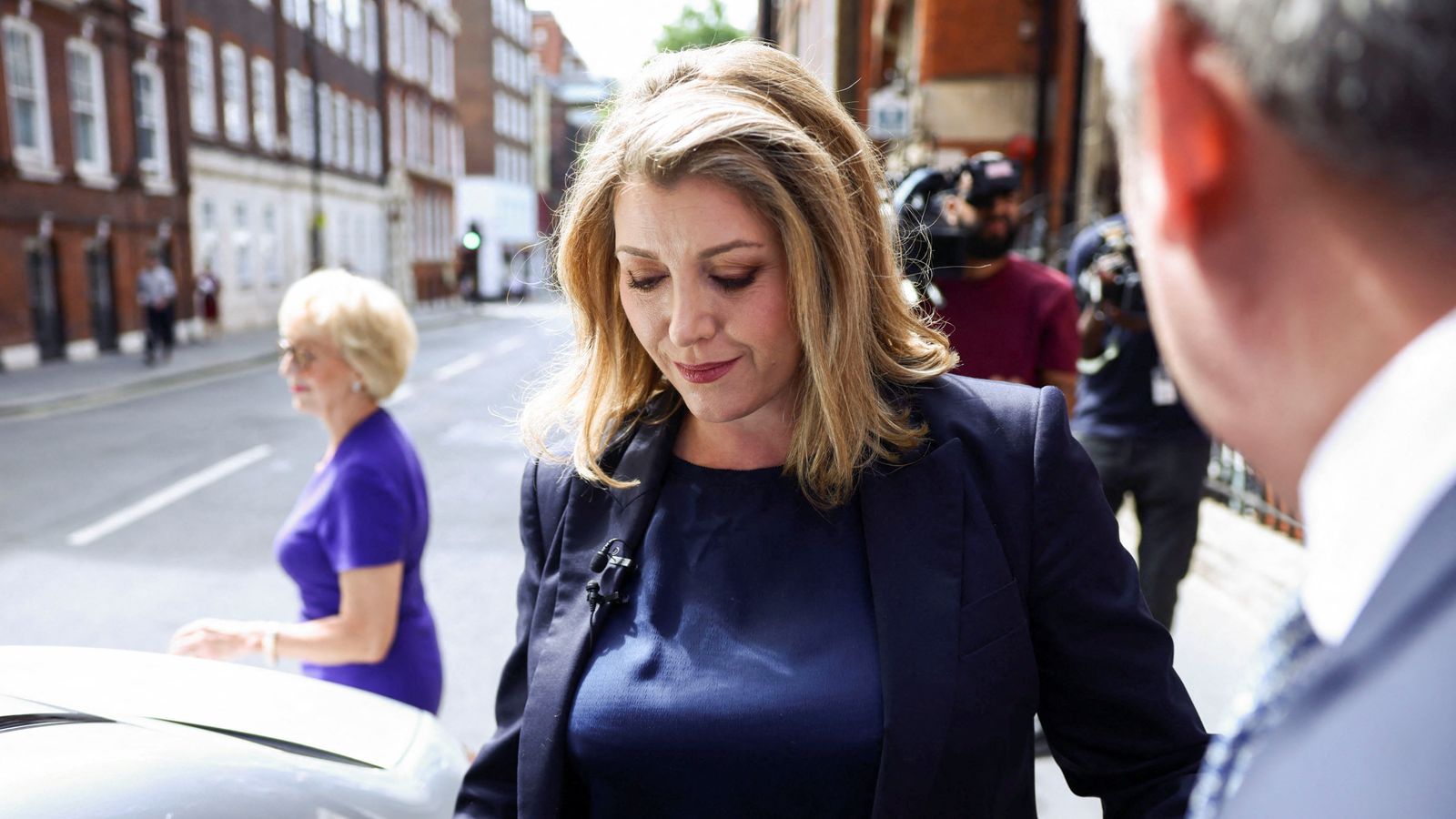 Tory leadership favourite Penny Mordaunt suffered her first setback of the campaign when she was attacked by MPs over her stance on trans issues.

She clashed with right-wing Conservative MPs at a major hustings event attended by the six candidates left in the contest after the first round of voting.

The trade minister and former defence secretary has previously angered Tory traditionalists by speaking out in favour of trans rights and gender recognition.

Politics Hub: Latest reaction from Westminster as field to become next PM narrows

And she was challenged at a hustings staged by the 1922 Committee over her handling of a bill to allow Attorney General Suella Braverman to take maternity leave last year.

Ms Braverman is now one of Ms Mordaunt’s leadership rivals and has already criticised her over a move to replace “woman” with “pregnant person” in the 2021 legislation.

While the bill was going through the Commons, Tory MPs led by the veteran ex-minister Sir John Hayes tabled amendments to reinstate “mother” and “woman”, but they were rejected by the government.

Later though, the same amendments were reinstated in the House of Lords after a cross-party campaign including Labour and Conservative peers.

At the 1922’s hustings Sir John, a leading supporter of Ms Braverman, challenged Ms Mordaunt on the issue and was later said by colleagues to be “incandescent” at her reply.

“She said she had only had a day to read the bill,” one MP present told Sky News. “Anyone who’s been a bill minister will tell you you have plenty of time to prepare.”

Read more:
How many backers does each Tory candidate have so far?
Who are the contenders for PM and what are their policies?

After the hustings, one party grandee told Sky News: “The identity agenda, if we can call it that, is coming up fast on the inside rail as an issue in the campaign.”

Other issues raised by MPs quizzing the six candidates at the 1922’s hustings were the economy and tax cuts, education, ambulance waiting times, “the benefits of Brexit” and the environment and net zero.

Earlier, at her campaign launch, Ms Mordaunt hit back at criticism of her stance on trans rights by declaring: “I think it was Margaret Thatcher who said ‘Every prime minister needs a Willie.’ A woman like me doesn’t have one.”

Sky News is hosting a live TV debate with the contenders vying to be the next leader of the Conservative Party and therefore prime minister, and you could be in the virtual audience.

If you would like to be a member of the virtual audience and be in with a chance of asking a question, please email NewsDebates@sky.uk.