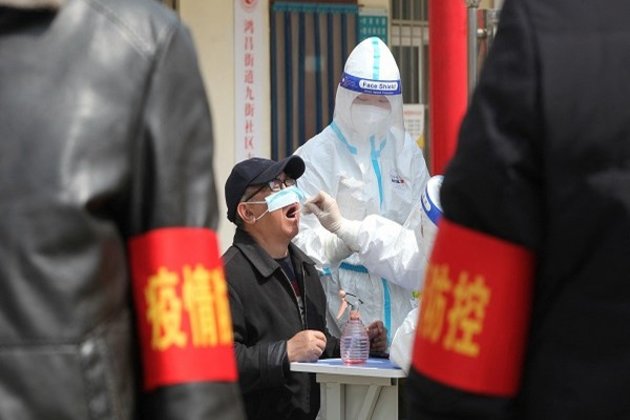 Beijing [China], January 5 (ANI): COVID cases have surged in China after the government abandoned its Zero-COVID policy, according to CNN.

Chinese authorities are finding it difficult to track the number of COVID infections in the country due to a stop on mass testing.

The World Health Organisation (WHO) on Wednesday accused China of under-representing the severity of its COVID outbreak, reported CNN.

WHO Director-General Tedros Adhanom Ghebreyesus at a media briefing in Geneva on Wednesday said: “We continue to ask China for more rapid, regular, reliable data on hospitalizations and deaths, as well as more comprehensive, real-time viral sequencing.””WHO is concerned about the risk to life in China and has reiterated the importance of vaccination, including booster doses, to protect against hospitalization, severe disease, and death,” Ghebreyesus said, as quoted by CNN.

Chinese hospitals and crematoriums are struggling with an influx of patients and dead bodies with rural areas facing most of the brunt.

Chinese authorities have, however, been circulating a narrative that the peak of the current COVID wave had already passed in most of the cities including Beijing, in order to address the concerns of both the domestic and international communities and to justify the CCP’s announcement regarding further relaxation of epidemic prevention and control measures from January.

A recent The Asia Times report said that as many as 40 per cent of the Chinese population was infected by COVID-19 over the past month amid the rising number of cases in the country.

Chinese epidemiologist Zeng Guang said as most Chinese cities reported that 50 per cent of their people had tested positive, it was reasonable to estimate that about 40 per cent of the country’s population on average could have been infected, the Hong Kong-based English news outlet reported. (ANI)