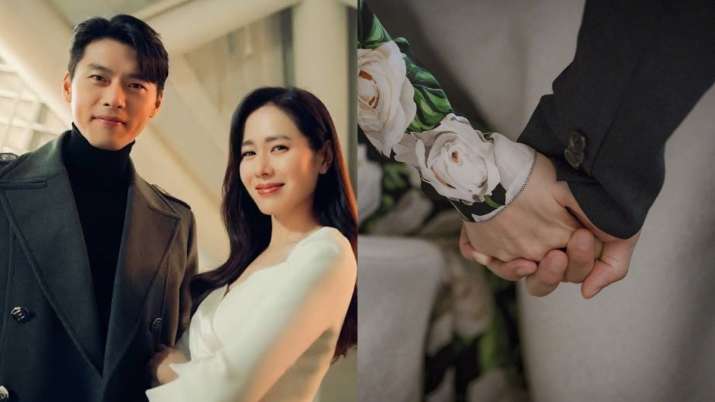 South Korean stars Son Ye-jin and Hyun Bin on Thursday announced that they are getting married. The news comes over a year after the couple publicly revealed that they were in a relationship after featuring in the global hit Korean drama “Crash Landing On You” (2019).

Son, 40, shared a note on Instagram for her fans alongside the picture of a miniature white wedding dress. “I thought long and hard about how to share this story because it’s an important one. I found someone to spend the rest of my life with. Yes, it’s him. It happened so naturally. But, isn’t that destiny?” the “Something in the Rain” star wrote. Without mentioning Hyun’s name, Son said he makes her feel “warm and protected”. “Please help us celebrate the beginning of our future,” she added.

The actor, who will next be seen in the upcoming drama “Thirty Nine”, thanked fans for their love and support.

“And to my dearest fans, I have received unconditional love and for a long time now, I thought, there’s no way to repay it. Please know that I’m infinitely grateful and I also wish you all happiness,” she said.

In a letter shared by his agency VAST Entertainment on Instagram, Hyun said he has decided to get married to Son, who always “makes me smile”.

“I am writing this to inform you about the most important decision of my life to my fans who have been kind to me in many ways and have given me great care and love. I made an important decision to get married, and I’m going to carefully step into the second phase of my life. Promised with her. She always makes me smile. Together walk together through the coming days,” he wrote alongside a picture that shows them holding hands.

“I think you’ll cheer for our first steps with the warm and affectionate young gaze you’ve sent us so far,” the 39-year-old actor said.

According to Koreaboo website, Son’s agency MS Team Entertainment said in the wake of the COVID-19 pandemic the couple will exchange vows in a private wedding ceremony “in March somewhere in Seoul”.

Son and Hyun have also worked together in the 2018 action thriller film “The Negotiation”.