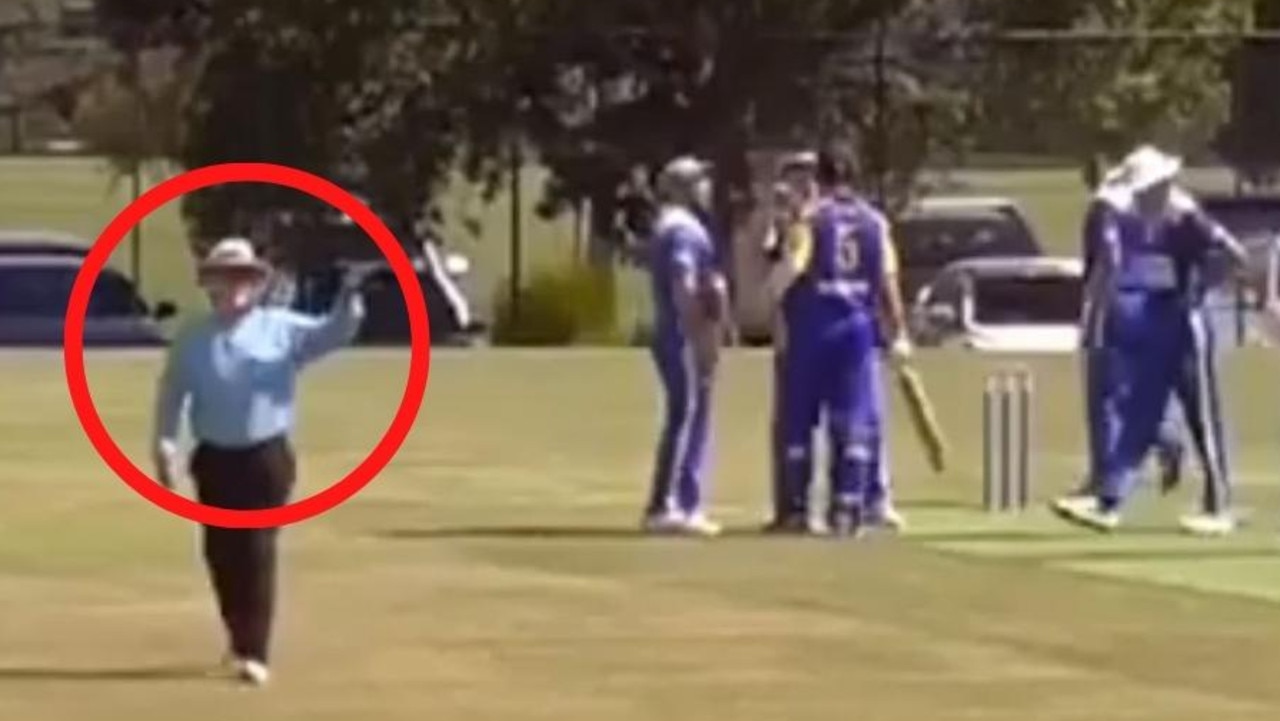 Footage has emerged of the moment a cricket umpire stormed off the field during a suburban match following an on-field altercation.

Footage has emerged of the extraordinary moment a Victorian umpire stormed off the field during a suburban cricket match following an ugly altercation between the players.

During a one-day match against Bulleen Templestowe Cricket Club in Donvale on Saturday, St Davids players were in uproar after umpire Bruce Porter gave a caught behind decision not out.

In the video, a St Davids bowler is seen screaming at a Bulleen Templestowe opening batter, taunting the opposition player while teammates try to drag him away.

Another St Davids player pointed towards the dressing room, urging the batter to walk back to the sheds.

Someone is overhead yelling: “Shut up, idiot.”

Soon after, the bowler gets into an aggressive altercation with another opposition player, at which point Porter had seen enough.

The umpire waltzed off the field, waving at the players before hopping in his car and driving away.

Even after Porter’s departure, the players continued arguing on the field before the match was eventually abandoned without a result.

“Pull your head in,” someone is overheard saying in the clip.

A St Davids CC spokesperson confirmed to news.com.au the matter was being investigated.

“There is no suggestion or allegation of the umpire being bullied, harassed or threatened during the game,” the statement said.

“In his report the umpire has not said he was bullied, harassed or threatened during the game.”

“There’s information that we’re still assessing at the moment and the matter is not for discussion,” Hermann said in a statement provided to News Corp.

“The matter is under investigation and needs to be treated carefully and investigated in the proper manner.”

Five-time ICC Umpire of the Year Simon Taufel told Nine News: “It’s a shame to see player behaviour get to the stage where an on-field umpire feels they need to leave the field and leave the players to it.

“The umpire has not reported that he was threatened, abused or harassed,” BHRDCA said in a statement.