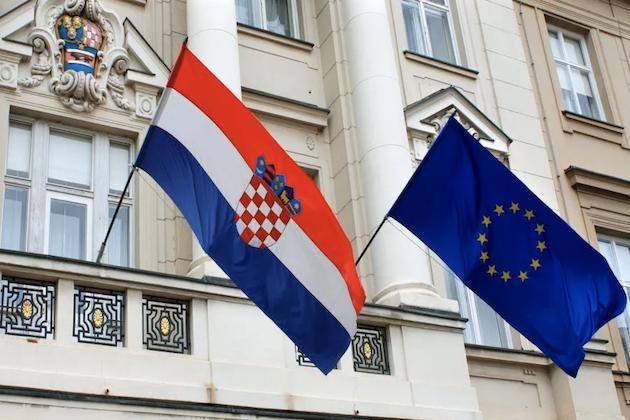 ZAGREB, Croatia: On January 1 Croatia became a full member of the European Union, removing dozens of border checkpoints and switching its currency to the euro.

After joining the EU’s ID-check-free Schengen zone, Croats are now among almost 420 million people who can freely travel around the bloc’s 27 member countries without passports for work or leisure.

Adopting the euro will also enable Croatia to benefit from deeper financial ties with the 19 eurozone countries and the European Central Bank, as well as facilitate travel and conducting business, by removing the difficulties of currency exchange for Croats going abroad and for tens of thousands of EU tourists.

During the ceremony at the Bregana border crossing with Slovenia, Croatia interior minister Davor Bozinovic greeted the last travelers to have their passports checked.

Taking over the role previously performed by Slovenia, Croatia will continue to apply strict border controls on its eastern borders with non-EU neighbors Bosnia, Serbia and Montenegro.

“We opened our doors to borderless Europe. This goes beyond eliminating border controls, it is the final affirmation of our European identity,” Bozinovic said.

The Croatian kuna and the euro will be in dual use for cash payments for only 14 days, and from January 15 people will receive only euros in change.

Many Croats consider joining the eurozone as proof that their country has completed a difficult journey to the European mainstream, 31 years after it fought a war for independence from Serb-dominated Yugoslavia, in which 20,000 people were killed and hundreds of thousands displaced.

“We used to dream about this and I am happy that we lived to see it happen. I hope this means we are finally a part of Europe,” said Zlatko Leko, a resident of the southern port city of Split.