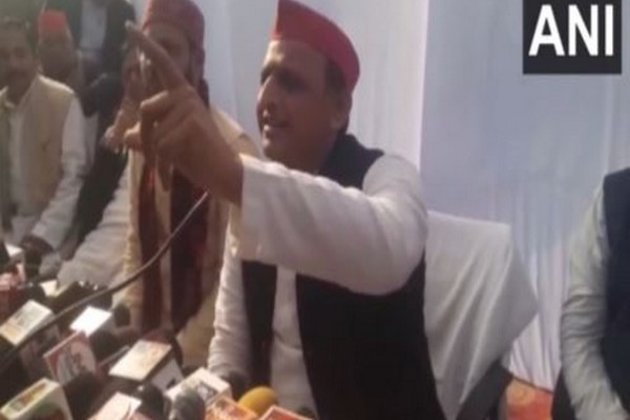 Raebareli (Uttar Pradesh) [India], January 14 (ANI): A day after Prime Minister Narendra Modi flagged off the world’s longest river Cruise, MV Ganga Vilas in Varanasi, Samajwadi Party (SP) chief Akhilesh Yadav on Saturday took a dig at the BJP, saying Bharatiya Janata Party has the tradition of re-inaugurating the existing things as the cruise has been in service for the past 17 years and now it has bars that serve alcohol.

Yadav also said that only BJP can confirm the presence of bars on the cruise as he has not been on it.

Addressing media persons in Raebareli, the SP chief said, “This river Cruise is running since last many years, it is not new and someone has informed me that it is running for the past 17 years. They (BJP) had just added some part of it and saying that we have started it. These BJP people are far ahead in campaigning and lying. I have also heard that cruise sailing on the holy river Ganga is not only cruise but also it has bars that serve alcohol.””The BJP has been re-inaugurating the existing things during campaigning for the purpose of elections,” he added.

“Until recently, we used to listen to aarti on Maa Ganga and listen to the objects of devotion while we were sitting there. Whenever we went on a boat ride on the Ganges people explain what we can do and what we cannot as it is a religious place. Only BJP people can now tell if there is a bar on the cruise. We have not yet entered it.”Earlier in a tweet on Wednesday, Yadav questioned the BJP about the real goal behind the cruise and a ‘tent city’. “Now, will the BJP take away the jobs of the sailors as well? The BJP’s policy of earning money by making religious places tourist places is condemnable. People from all over the world come to experience the spiritual splendour of Kashi, not for luxury. The BJP will no longer be able to cover the darkness of real issues with external glare,” he had tweeted.

PM Modi on Friday flagged off the MV Ganga Vilas in Varanasi via video conferencing.

MV Ganga Vilas will begin its journey from Varanasi in Uttar Pradesh and travel around 3,200 km in 51 days to reach Dibrugarh in Assam via Bangladesh, sailing across 27 river systems in India and Bangladesh.

MV Ganga Vilas has three decks, 18 suites on board with a capacity of 36 tourists, with all the luxury amenities. The maiden voyage has 32 tourists from Switzerland signing up for the entire length of the journey.

The MV Ganga Vilas cruise is curated to bring out the best of the country to be showcased to the world. The 51 days cruise is planned with visits to 50 tourist spots including World Heritage Sites, National Parks, River Ghats, and major cities like Patna in Bihar, Sahibganj in Jharkhand, Kolkata in West Bengal, Dhaka in Bangladesh, and Guwahati in Assam.

The journey will give the tourists an opportunity to embark upon an experiential voyage and indulge in the art, culture, history, and spirituality of India and Bangladesh. (ANI)