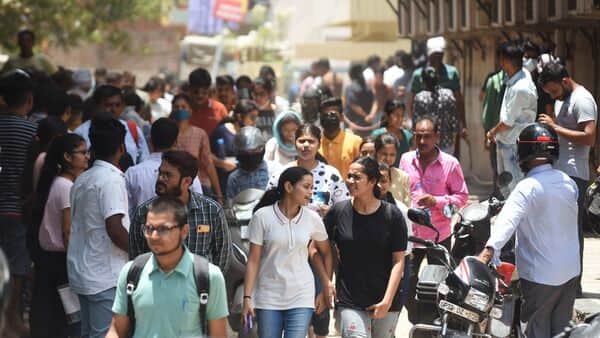 The CUET UG exam centres again faced technical glitches on the second day. This was the day after the National Testing Agency (NTA) had to cancel the exam across all 489 centers and postpone the first shift at some locations in 17 states.

The students on Friday also complained about waiting for two hours before authorities informed them that the exam scheduled for the day had been called off.

“I came from Chhatarpur to the exam centre in Noida Sector 64 (about 34 km). We were made to sit on the terminals. At 12 pm, we were told that the exam will not be conducted today since there are technical issues. Yesterday, my sister came all the way from Narela to this centre (about 84 km) but had to return due to the same issue.” Ganika told news agency PTI.

“I left my home in Dwarka Sector 51 (44 km) at 5.30 am to reach the centre on time. But we were told after nearly three hours that the paper won’t happen today and we have to return on August 12. It is extremely difficult to commute from so far,” she told PTI.

Her mother said that it was difficult for parents, too, as many took leaves from their jobs to accompany their children to test centers.

The NTA said that the first shift of the exam was carried out smoothly at 95% of the centers across the country. But, as the second shift started on Thursday, several exam centers faced technical glitches. These exams will be conducted on August 12.

The NTA has also postponed the CUET-UG in Kerala scheduled for August 4, 5 and 6 due to heavy rains.

Some students said on Friday that they were asked to tear the admit cards although the NTA had on Thursday said the same admit card will be valid for those who could not take the exam.

“I have to come to the same centre tomorrow for my Section 2 exam. We have been assured that the exam will be held. But going by yesterday’s and today’s scenario, it looks unlikely,” said Roshni, who travelled from the North Campus.

An aspirant requesting anonymity also told PTI that some students sat on a dharna outside an exam centre to register their protest.

With Inputs from PTI.