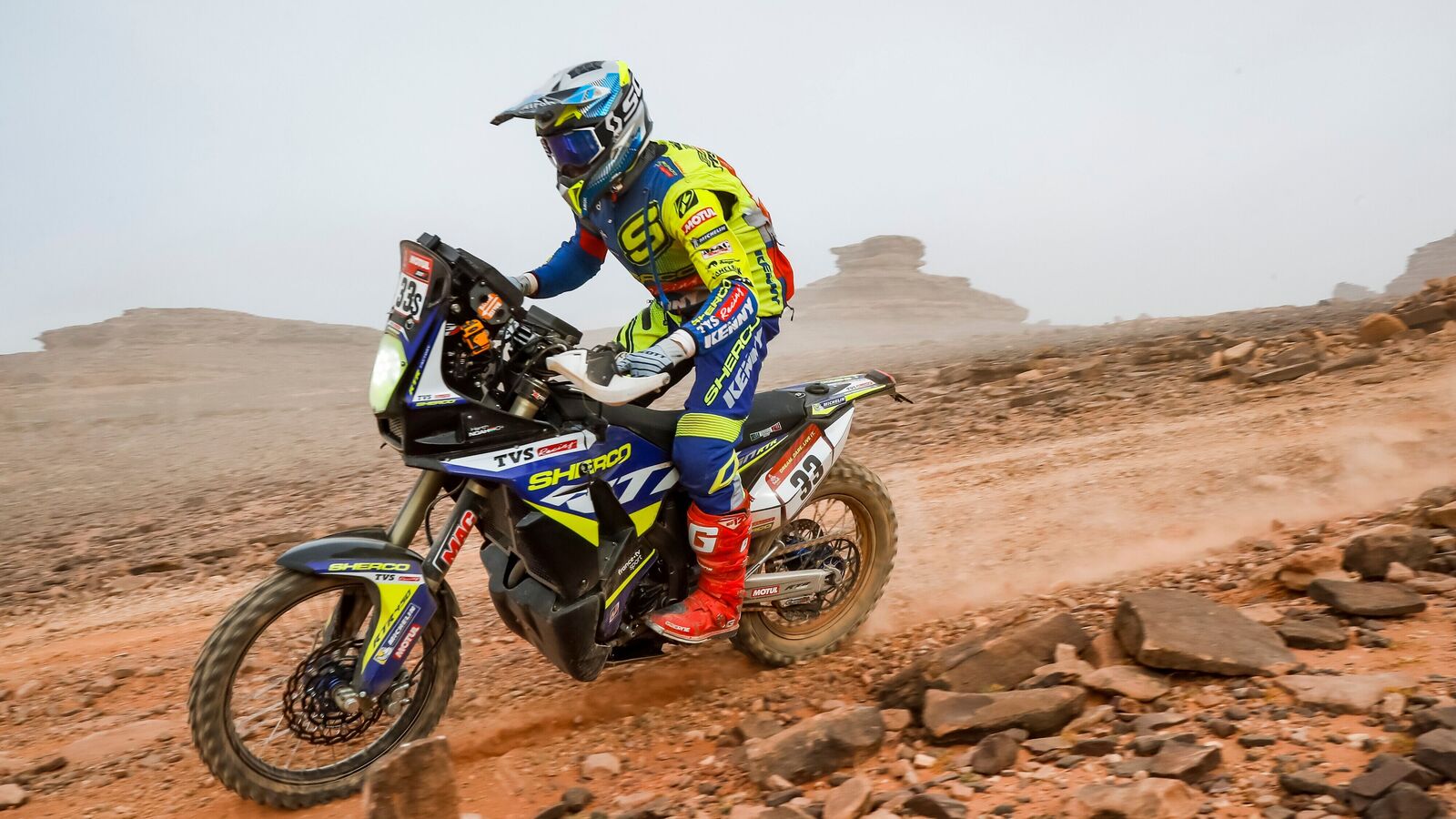 The 45th Dakar Rally is all set to kick-off on December 31, 2022, in Saudi Arabia. Considered as one of the toughest rallies in the world, the event will see over 1,000 participants across multiple categories attempt to cross the mighty desert over a period of 14 days and over 8,500 km.

The Dakar Rally is not for the faint hearted. It’s a test of the man or woman and their machine in extreme racing conditions. Dakar expects about 365 vehicles in the upcoming rally that will be traversing through sand dunes, slush, rocks, and mountains, along with unpredictable weather. With just hours left for the opening ceremony of Dakar, here’s all you need to know about the world’s toughest rally.

The 2023 Dakar Rally will entirely take place in Saudi Arabia. This is the fourth season of the rally to take place in the country, having been conducted in South America previously. The original Dakar Rally that began in 1979 started from Paris, France, in Europe to the Senegalese capital of Dakar in Africa.

For this year, the route has been significantly changed with the rally running 14 stages as against 12 stages in the last championship. The rally will begin from the dedicated Sea Camp on the west coast of Saudi Arabia. A short Prologue section of 10 km will kick-off on new year’s eve, setting the order for the participants for the first main stage.

2. How many kilometres do the participants cover over 14 stages?

The competitors will travel from the Red Sea to the east coast covering a total distance of 8,549 km. This includes 4,706 km of special stages, which will be timed by the organisers. The rally will cross major cities including AlUla, Ha’il and Riyadh over the period of 16 days across Saudi Arabia with a rest day available on January 9, 2023, as the event reached the halfway point. Most of the second-half of the Dakar Rally will be held on the east coast before the closing ceremony on January 15 in Dammam.

3. What do the new routes have to offer?

Dakar organisers have major substantial changes to the routes of the rally this year in a bid to make it more challenging than before. The first week will be about competitors crossing a mix of dunes, sand, fast and technical sections. This will be a test of the participant’s driving/riding skills and navigational techniques alike.

The second week will see a change in pace with more long stages along a few short stages with many dunes thrown in the mix. The competitors are expected to cover about 200 km per day over just dunes, which puts their endurance to test. Participants will be crossing the Empty Quarter sand desert during this time, which will be home to the marathon stages this year on Stage 11 and 12. This means that the riders will be deprived of any outside assistance from support crews. They will have to entirely rely on themselves to get the vehicles to the finish line.

Dakar witnesses participation from several major automakers and privateers alike. On the car side, the rally will see entries from brands like Toyota and Audi, as well as outfits like M-Sport Prodrive-run Bahrain Raid Xtreme team, Century Racing and more.

On the two wheels side, the event witnesses more active participation from manufacturers including regulars like KTM, Yamaha, Honda, as well as our very own Hero MotoSports Team Rally, which is the only Indian outfit in the championship this time.

5. Which drivers/riders should I watch out for?

Meanwhile, rally legend Nasser Al-Attiyah returns to Dakar and this will be his 19th participation in the rally. The driver has been crowned the Dakar winner four times already, which does make him a participant to watch out for. That said, other notable drivers in cars include Sébastien Loeb, Carlos Sainz, Mattias Ekström and Yazeed Al-Rajhi are also aiming for first place, who will be competing for the first place.

With respect to bikes, Harith Noah will be the only Indian rider participating in the Dakar Rally this time. Backed by TVS Racing, he will be competing as a privateer in the event. Hero MotoSports has announced its rally team as well, which includes four riders including Joaquim Rodrigues, Ross Branch, Franco Caimi and Sebastian Buhler.

Previously, Indian riders including CS Santosh (Hero), Aravind KP (TVS) and Ashish Raorane (Privateer) also competed in the rally. Some of the other names to watch out for include defending champion Sam Sunderland of Gas Gas, Ricky Brabec and Pablo Quintanella of Honda, Toby Price of KTM and more.