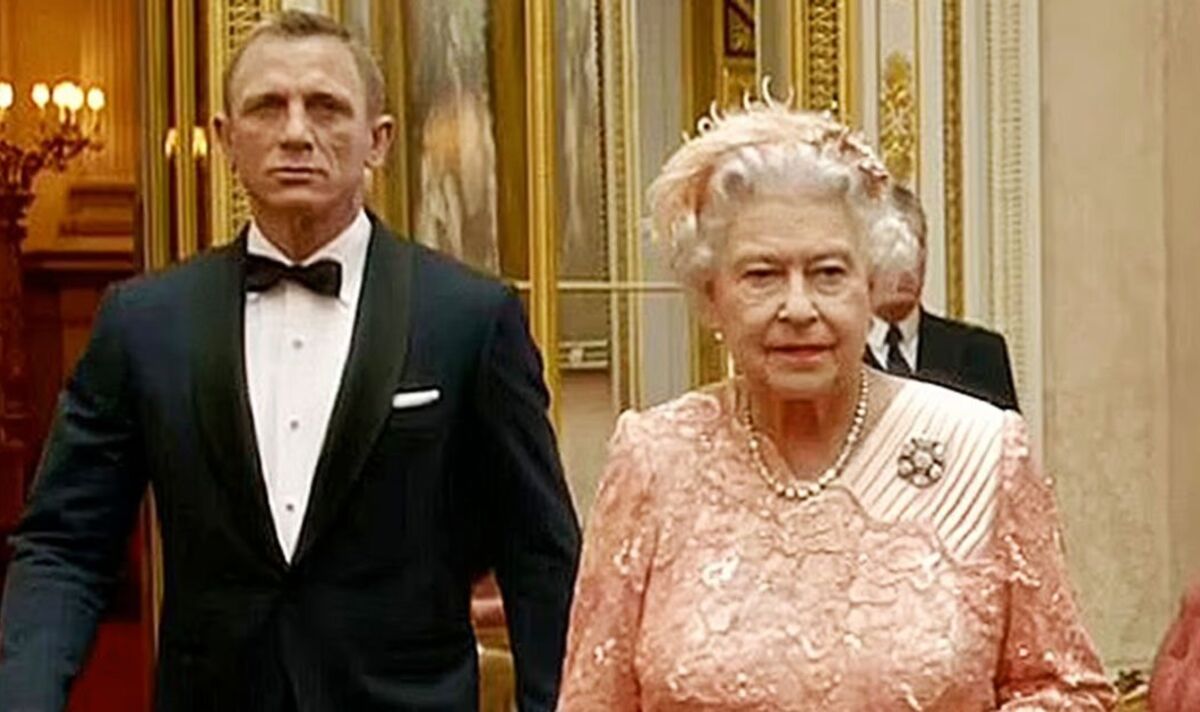 It wasn’t the first time Craig had been with Her Majesty – and he was possibly even more terrified.

Years before he prowled through Buckingham Palace to pick up Her Majesty for a date (and a spot of sky-diving) at the 2012 London Olympics, the actor spent another intense evening with our sovereign.

Back in 2005 he was still relatively unknown, but found himself sat with The Queen on the most important night of his life.

On top of being extremely worried about how his first 007 film, Casino Royale, would be received, he watched it for the first time with a cinema audience, sat in a box with The Queen, “as you do.”

Craig said: “It was surreal anyway sitting next to the Queen. So it was like, you know, and I hadn’t had a drink and I was like just sort of shaking.”