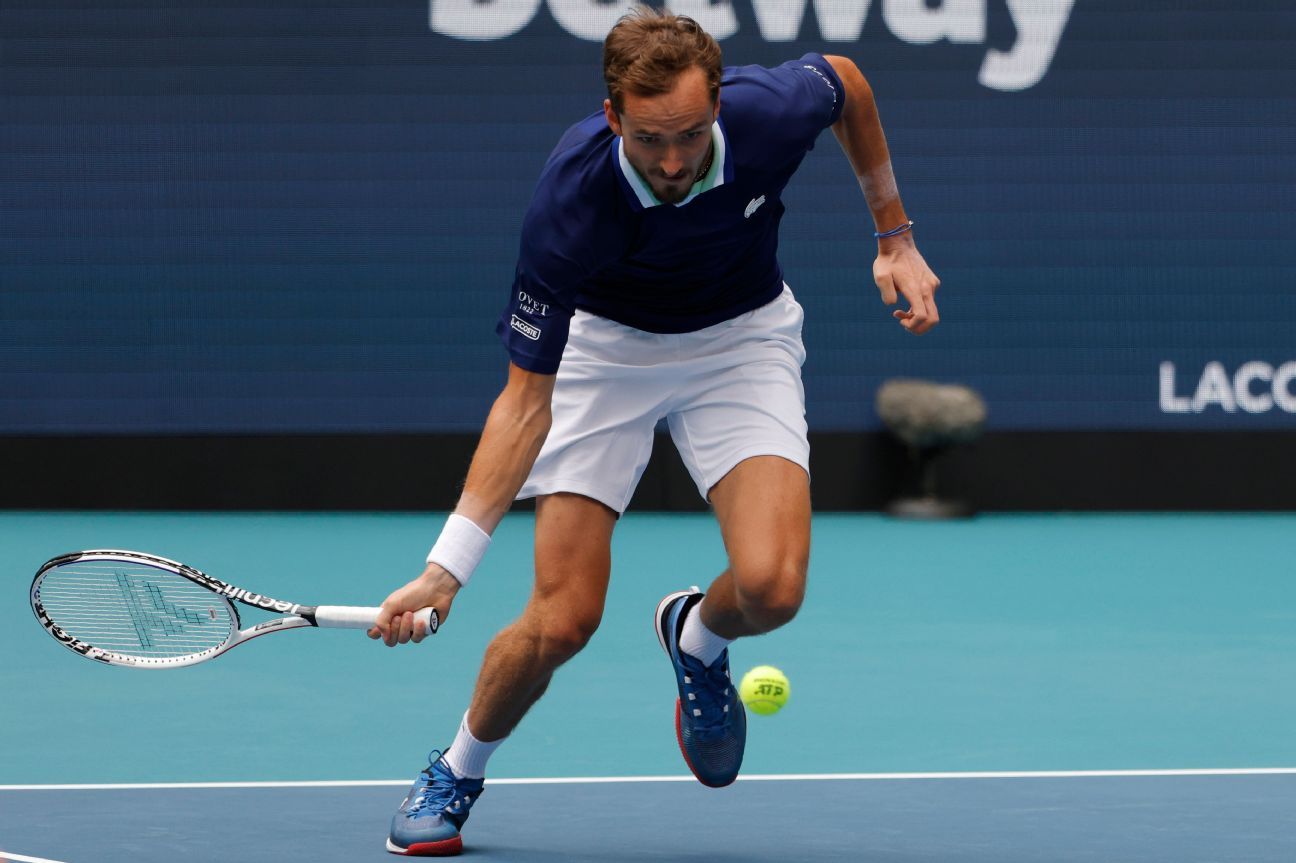 MIAMI GARDENS, Fla. — It was midway through the second set and Daniil Medvedev was standing several feet behind the baseline, hand propped on one of his knees, his sweat turning his dark blue shirt several shades darker as he tried to catch his breath.

Hubert Hurkacz, on the other side at that moment, looked like he was having a day at the beach.

Had Medvedev prevailed in Thursday’s quarterfinal match, the Russian would have overtaken Novak Djokovic on Monday and returned to No. 1 in the world rankings. However, Hurkacz, seeded eighth, moved two wins away from defending his Miami title by wearing down the top-seeded Medvedev 7-6 (7), 6-3.

“I was returning pretty well, I was putting some pressure on his serves and that was helping my game,” Hurkacz said. “I was able to get some free points on my serve and that was pretty big.”

Hurkacz, who is from Poland, will next meet either No. 14 Carlos Alcaraz of Spain or unseeded Miomir Kecmanovic of Serbia in the semifinals.

The other semifinal pits sixth-seeded Casper Ruud of Norway against unseeded Francisco Cerundolo of Argentina.

Hurkacz has played Medvedev four times, and Medvedev has been ranked No. 2 in the world in each of those meetings — which they’ve now split. Hurkacz improved to 14-5 this year, and his record in Miami is 12-1 all-time.

“Coming here is so much fun,” Hurkacz said.

The women’s semifinals were also Thursday, with unseeded Naomi Osaka facing No. 22 seed Belinda Bencic and No. 16 Jessica Pegula taking on No. 2 Iga Swiatek, who will replace the now-retired Ashleigh Barty as No. 1 in the world on Monday.