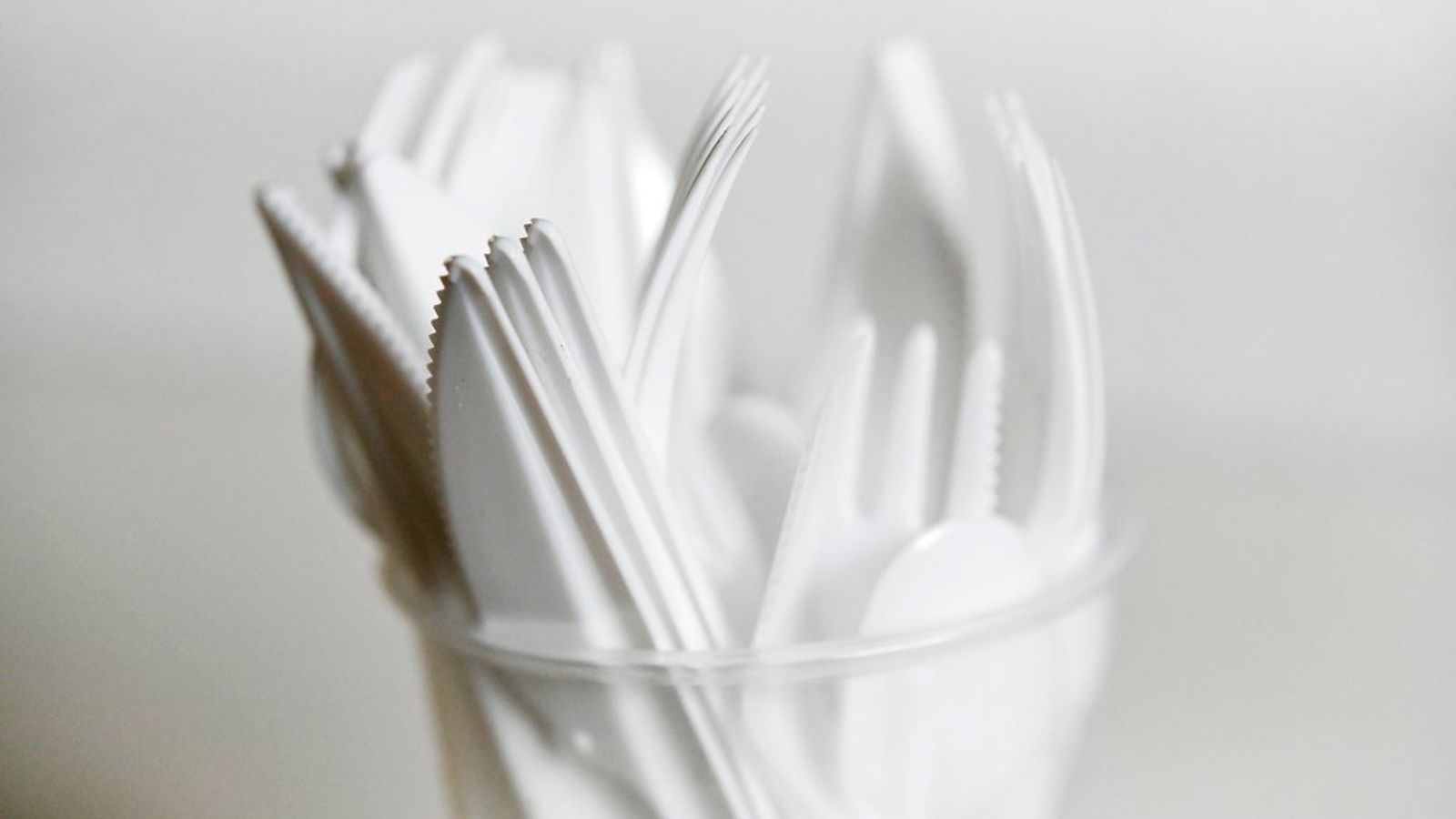 The ban on a range of plastic cups, cutlery, and food containers will take effect in England this October.

Shops and restaurants will not be able to sell many single-use plastics, including polystyrene containers, leaving businesses to source alternative biodegradable products, like paper cups or wooden cutlery.

The ban will not include the plastic found in pre-packaged supermarket meals, and follows similar moves in Scotland and Wales.

According to estimates, 2.7 billion items of single-use cutlery, most of which are plastic, are used in England each year, but only 10% are recycled.

In July last year, a project launched by Greenpeace and Everyday Plastic, found that households across the UK, throw away almost 100 billion pieces of plastic every year.

Plastic pollution takes hundreds of years to break down and millions of tonnes are poured into the ocean every year, with fatal consequences for marine animals.

The government launched a public consultation, which found an overwhelming majority of people were in favour of prohibiting plastic items, but the changes could hit the hospitality sector particularly hard, when costs are already spiralling with inflation.

Warning of ‘considerable difference’ in prices

Edit Shahin is the manager at Cafe Bueno in Romford, East London.

“Absolutely every piece of stock, every item of food has risen in price in the last year, so this [ban] might seem like something small, but it’s not,” he said.

“We do sell a lot of takeaway containers, plastic spoons and plastic cups, so it will make a considerable difference [in price].”

Cafe Bueno already stocks some aluminium foil trays for takeaway meals, and Mr Shahin says they are more expensive than polystyrene containers and wants the government to reduce the price of plastic alternatives for businesses.

“It’s understandable, they [the government] are trying their best to help the environment,” he said.

“But there’s thousands of businesses in the UK, takeaway shops mainly, who all use plastic cups, plastic takeaway containers, so it will affect the whole of the UK, not just us. It’s just pretty much damaging small businesses.”

Mr Shahin also worries that it will be hard to find suitable non-plastic materials for some drinks they serve, like smoothies, which could leak through a paper cup.

‘We have listened to the public’

She said: “We have banned microbeads, restricted the use of straws, stirrers, and cotton buds and our carrier bag charge has successfully cut sales by over 97% in the main supermarkets.

“We all know the absolutely devastating impacts that plastic can have on our environment and wildlife.

“We have listened to the public, and these new single-use plastics bans will continue our vital work to protect the environment for future generations.”

But conservation charities want the government to go further.

“We really need to see the plastic pollution tap turned off,” says Amy Slack, head of campaigns and policy at Surfers Against Sewage.

“What we’re seeing now is essentially policies that are bailing out the bath water, and we need to see those policies implemented in a strategic coordinated approach across all of the nations within the UK.”