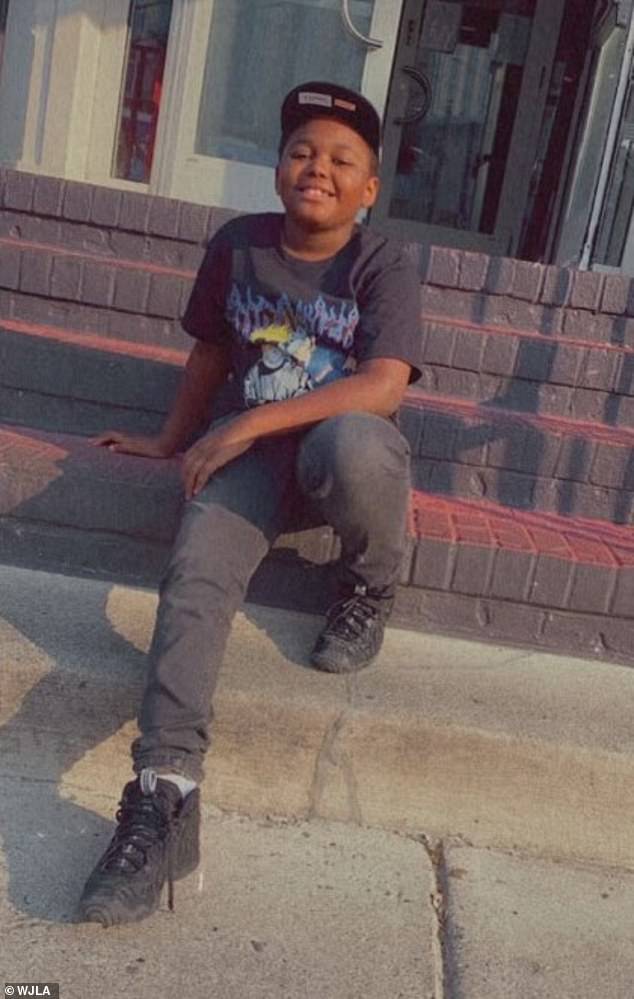 Mom sues DC charter school for $50 MILLION after her son, 9, was struck by car as he left building alone at home time: Was paralyzed for six months before he died of his injuries

By James Gordon For Dailymail.com

A mother is filing a $50 million lawsuit against a Washington D.C. charter school after her nine-year-old boy was hit by a car as he left it, suffering paralysis and dying from his injuries six months later.

Little Kaidyn Green ended up being paralyzed from the neck down after he was struck by a vehicle last December.

The youngster’s lungs were badly damaged in the accident and was on life support for months afterwards.

In June of this year, Kaidyn finally passed away, with his mom Tiffani Green now saying tragedy could have been averted had staff followed their usual protocols.

Kaidyn was allowed to walk out of school unaccompanied that day, and was struck while doing so. His mom alleges that he was released from his classroom early.

Tiffani says that had staff followed the usual rule of walking her son outside after notifying him that she was there, he would still be alive today. 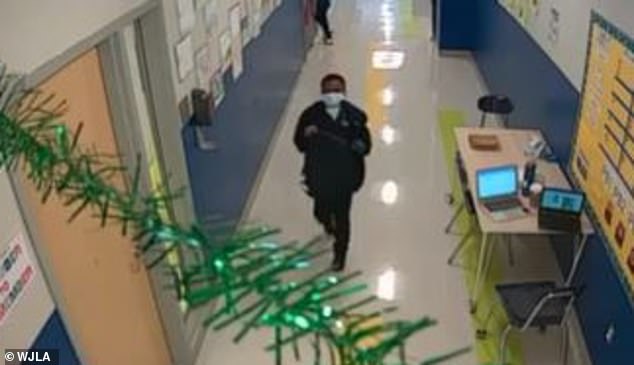 ‘Essentially we have a situation where a child died twice and he was brought back once,’ said Green family attorney Keith Watters said at a press conference on Friday.

‘For whatever reason the security and or the school did not follow the normal protocol to get the child to the front desk,’ Watters said describing it as ‘gross negligence.’

The accident occurred on the afternoon of December 10th when the fourth grader had been told that his mother was to pick him up early from school.

Although his mother was waiting in the school’s front office, Kaidyn ended up leaving the building and crossed the road whereupon he was hit by a car.

It was being driven by William Ward, also named as a defendant in the lawsuit. Green insists her son looked both ways before crossing, and says she heard the sound of him being struck.

It is unclear if Ward faces any criminal charges, and he hasn’t commented on the suit. 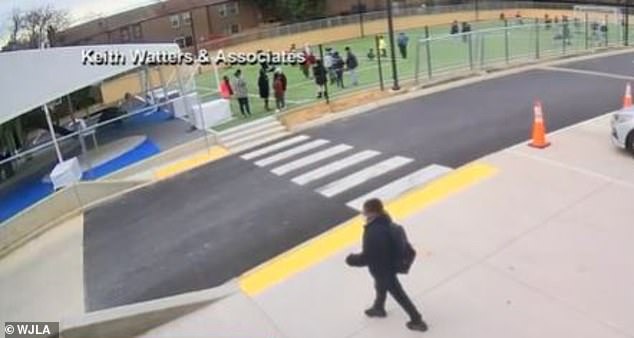 The boy could then be seen walking across the street. He was ultimately struck by a car 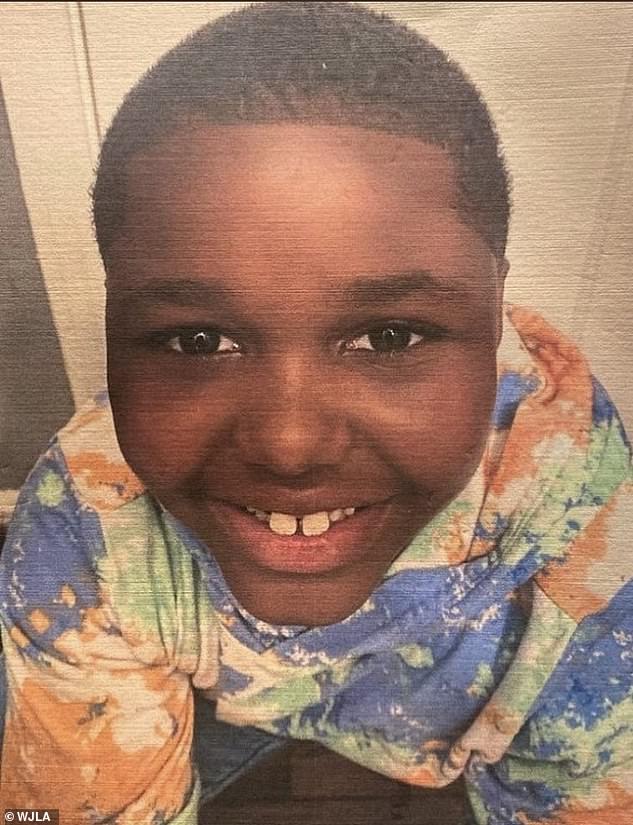 Video surveillance clearly shows the boy walking through the corridors of his school on his own before making his way outside when tragedy struck.

The surveillance footage has been included as part of the negligence lawsuit.

‘This has been a life-changing experience for our entire family, and we don’t want anyone to go through this again,’ said Charisma Green Kaidyn’s aunt to WUSA, describing her nephew as ‘an energetic and fun-loving boy that loved school.’

The Green family says they want to see safety changes made within schools so that others will not have to face the same tragedy. 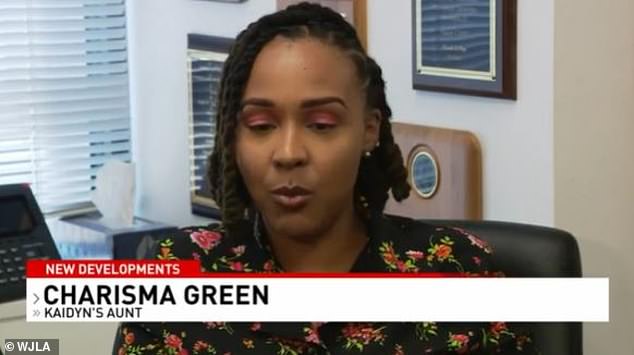 ‘This has been a life-changing experience for our entire family, and we don’t want anyone to go through this again,’ said Charisma Green Kaidyn’s aunt 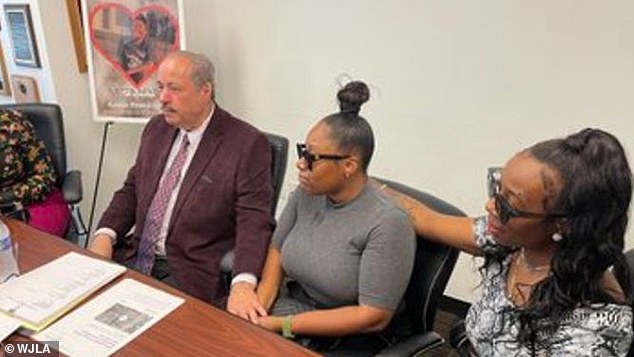 The family, including Kaidyn’s mother, center, can be seen at a press conferences on Friday

‘Our community continues to mourn Kaidyn’s passing and our thoughts are with his family and the classmates that knew him so well,’ KIPP DC school said in a statement. ‘Given the pending legal matter, we’re unable to say more at this time.’

Kaidyn died one day after his family had brought him back home, almost six months after the accident.

He still required medical supervision for up to 20 hours a day. The youngster died after a tracheostomy tube fell out and he asphyxiated.

For some reason, a supervising nurse who was supposed to be on-call left early leaving the child unattended.