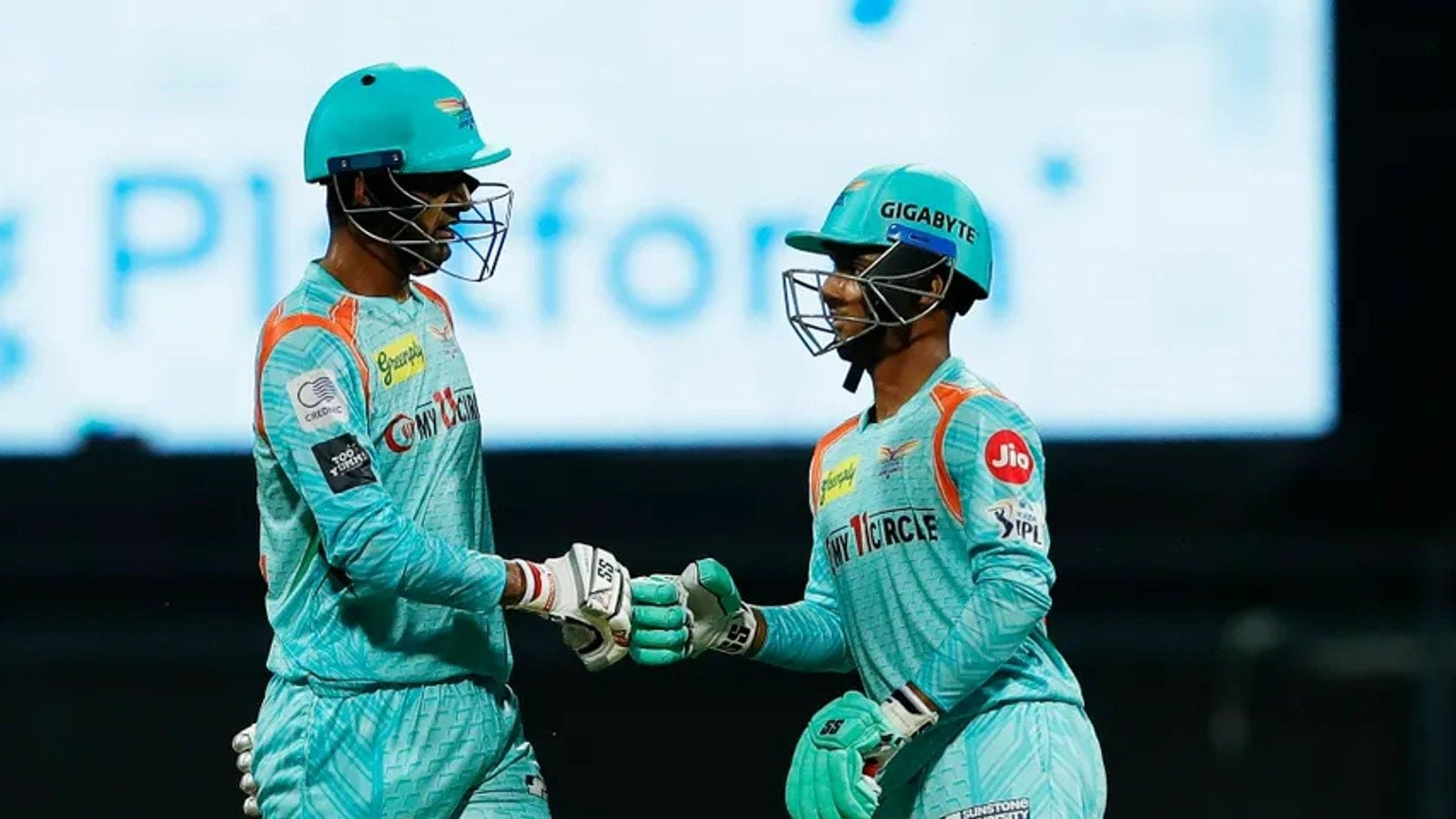 Deepak Hooda and Ayush Badoni smashed quick-fire half-centuries to help Lucknow Super Giants recover to a respectable 158/6 against Gujarat Titans in the IPL on Monday after pacer Mohammed Shami blew away their top-order with a sensational spell.

Shami (3/25), produced one of the most breath-taking spells in the IPL, to leave Lucknow reeling at 29/4 in the fifth over.

But then Hooda (55) and Badoni (54), took the onus on themselves and resurrected the Lucknow innings with an 87-run-stand off 68 balls.

Hooda struck six fours and two sixes in his 41-ball knock while Badoni hammered four boundaries and three maximums in his 41 ball innings on his IPL debut.

After Hooda was trapped in front of the wicket by Rashid Khan (1/27) in the 16th over, Badoni upped the ante and played shots at will. Krunal Pandya also chipped in with an unbeaten 21.

Put into bat, Lucknow lost captain KL Rahul (0) on the first ball, as Shami had him caught behind with a beauty.

Shami then cleaned up Quinton De Kock (7), who missed a drive, in the third over as Lucknow was reeling at 13/2.

Lucknow were in all sorts of trouble at 20/3 as Evin Lewis (10) was dismissed, courtesy of a stunning catch by Shubman Gill in the deep off pacer Varun Aaron (2/45).

Shami got his third wicket after he castled Manish Pandey (6) with a ball that seamed back in after pitching on the fourth stump.

It was the first-time Shami took three wickets in the power-play in the IPL. After six overs, Lucknow were reeling at 32/4.

Then it was the Hooda and Badoni show.

Hardik Pandya, playing his first game since the T20 World Cup last year, conceded 37 runs in four overs. Badoni went after him in his final over that went for 19 runs.