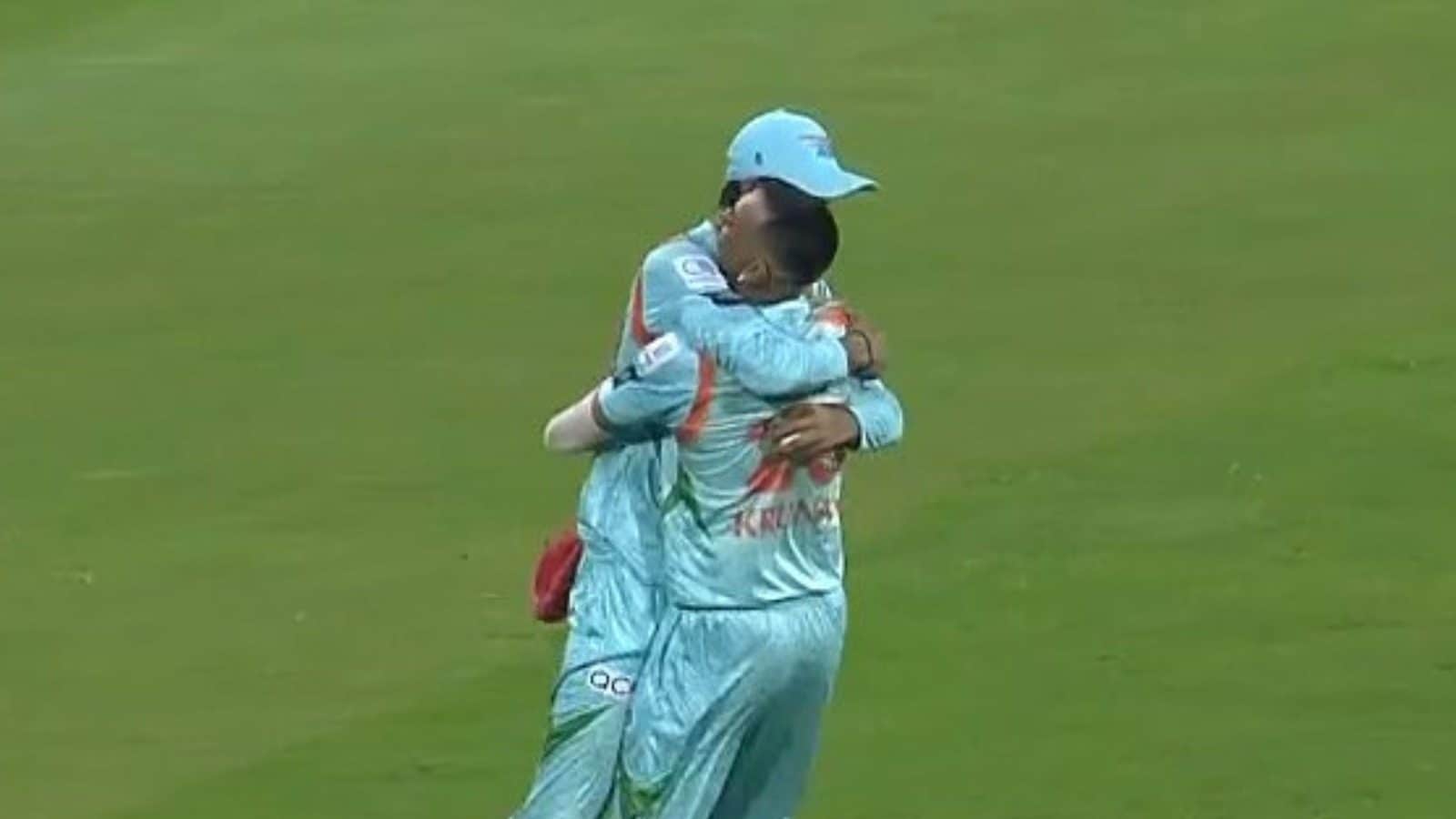 Deepak Hooda and Krunal Pandya set social media on fire with their on-field camaraderie during IPL 2022 clash between Lucknow Super Giants and Gujarat Titans. The two Indian players had a past as last year, Hooda had a spat with Baroda captain Krunal ahead of the Syed Mushtaq Ali Trophy. In a mail sent to Baroda Cricket Association (BCA), Hooda made a series of allegations against Krunal, including trying to pull him down and warning him that he would ensure he did not play for Baroda again. Hooda then left the Baroda team and joined Rajasthan to play domestic cricket.

However, the two were reunited by Lucknow Super Giants as the franchise bought the duo in the IPL 2022 auction. Hooda went for 5.75 crore, while Krunal was bought for a whopping Rs 8.25 crore by the new IPL franchise.

During the clash against Gujarat Titans, the duo shared a couple of moments that lit up Twitter. Krunal was seen appreciating Hooda after he scored a crucial half-century to pull Lucknow out of a dangerous situation. The southpaw also gave a pat on his back when Hooda was dismissed and he was walking back towards the dug-out and Krunal was entering the ground for his batting.

The Lucknow duo also hugged each other after Hooda grabbed the catch of Shubman Gill early in the innings when Lucknow were defending the target of 158.

The fans on Twitter were elated to see the duo bury their hatchet and enjoying the team’s success together.

Krunal Pandya gave a pat on Deepak Hooda’s back after he was out scoring a fifty. Great to see this, IPL is simply the best. pic.twitter.com/XhJkYCnRi2— Mufaddal Vohra (@mufaddal_vohra) March 28, 2022

Meanwhile, Hooda (55) and Ayush Badoni (54), took the onus on themselves and resurrected the Lucknow innings with an 87-run-stand off 68 balls.

Hooda struck six fours and two sixes in his 41-ball knock while Badoni hammered four boundaries and three maximums in his 41 ball innings on IPL debut.

After Hooda was trapped in front of the wicket by Rashid Khan (1/27) in the 16th over, Badoni upped the ante and played shots at will. Krunal Pandya also chipped in with an unbeaten 21 to take Lucknow to 158/6 in 20 overs.