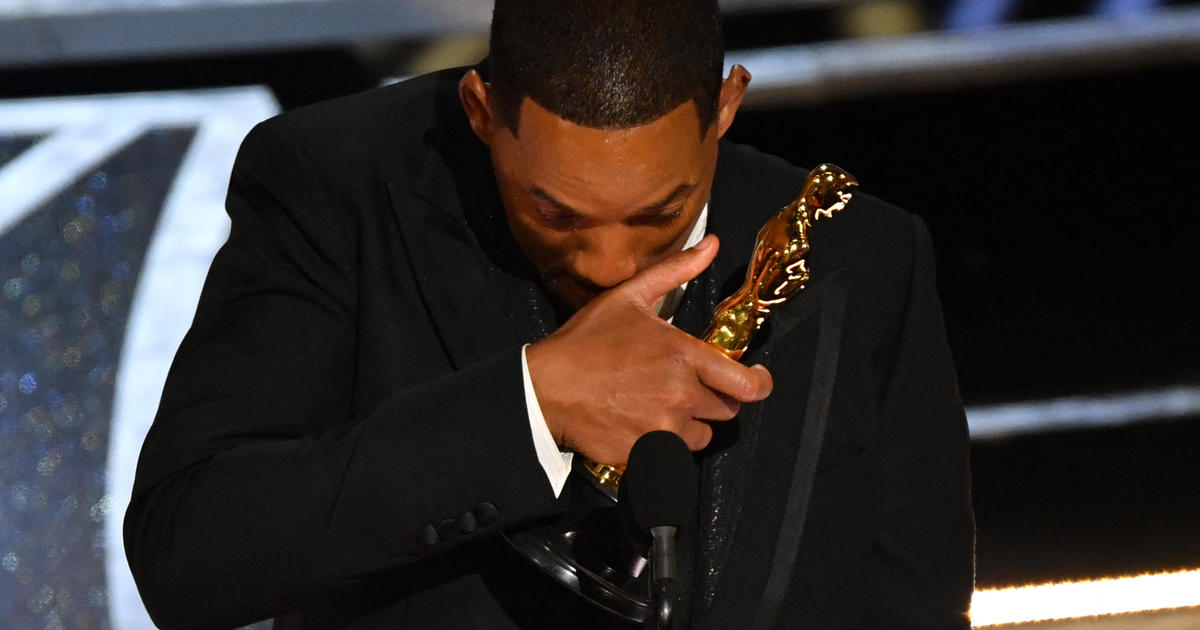 Will Smith slapped Chris Rock on stage at the Oscars Sunday night. Just minutes later, he accepted the award for Best Actor – but that award might be affected by his behavior earlier in the evening.

The Academy of Motion Pictures Arts and Sciences, which runs the Oscars, tweeted early Monday that it “does not condone violence of any form.”

“Tonight we are delighted to celebrate our 94th Academy Awards winners, who deserve this moment of recognition from their peers and movie lovers around the world,” the tweet continued. The Academy did not address if Smith’s action violated its code of standards, or if he will face repercussions.

But the code of standards, which was updated in December 2017 in the wake of the Me Too movement, asks its members to behave ethically and uphold the academy’s “values of respect for human dignity, inclusion and a supportive environment that fosters creativity.”

The code states the academy is “categorically opposed to any form of abuse, harassment or discrimination,” and stipulates that it is no place for “people who abuse their status, power or influence in a manner that violates standards of decency.”

In 2017, when the “Me Too” movement escalated in Hollywood and other industries, the academy also broke with tradition and made Harvey Weinstein just the second person ever expelled from the Oscars’ governing body.

The code states the academy’s board can suspend or expel those who violate the code of conduct or who “compromise the integrity” of the academy.

CBS News has reached out to the academy for more information on the code and if Smith’s on-stage slap is considered a violation – and if his award could be taken away.

Smith apologized to the academy and his fellow nominees during his acceptance speech, but did not mention Rock.

Rock declined to file a police report against Smith, according to the Los Angeles Police Department. “If the involved party desires a police report at a later date, LAPD will be available to complete an investigative report,” police said.

Smith was angry at Rock for making a joke about his wife Jada Pinkett-Smith’s shaved head. After walking on stage and slapping Rock while he was presenting an award, Smith sat down and yelled a warning at Rock: “Keep my wife’s name out of your f***ing mouth.”

Rock also targeted the couple in jokes at the 2016 Oscars, which he hosted.

Pinkett Smith declined to attend the ceremony that year due to the lack of diversity. “Jada’s gonna boycott the Oscars?” Rock said during his opening monologue of the show, according to Entertainment Tonight. “Jada boycotting the Oscars is like me boycotting Rihanna’s panties. I wasn’t invited!”

Caitlin O’Kane is a digital content producer covering trending stories for CBS News and its good news brand, The Uplift.