A die-hard fan of Amitabh Bachchan painted his brand-new Mahindra Thar with dialogues from the actor’s popular movies. 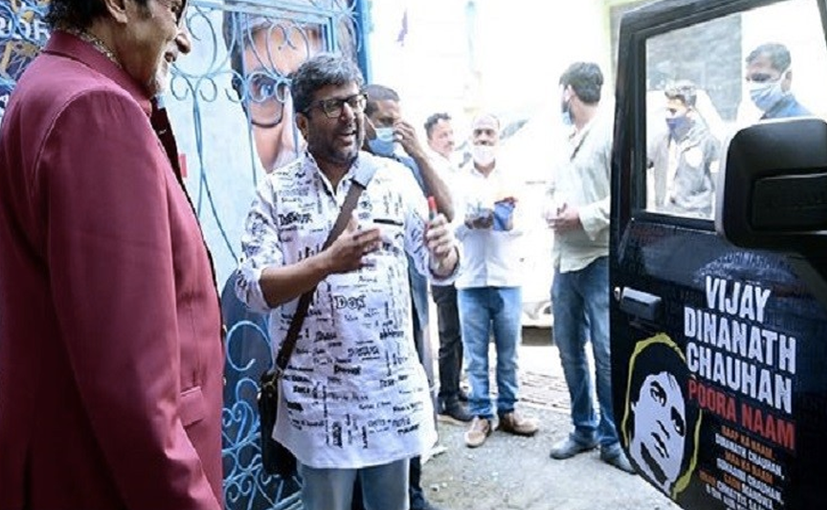 The image was shared by Amitabh Bachchan on his Instagram handle

Bollywood superstar Amitabh Bachchan has a huge fan base including some die-hard ones that leave no stones unturned to impress the actor. The legendary actor recently shared an image on his official Instagram handle from a fan encounter. A die-hard fan painted his brand-new Mahindra Thar with dialogues from the actor’s popular movies. The actor informed that the owner didn’t drive the SUV until the megastar signed an autograph on the dashboard. Apart from the vehicle, the fan also painted his shirt with the actor’s iconic dialogues.

Sharing the picture on social media, Amitabh Bachchan penned a special note for the fan. He wrote, he has painted his entire car with dialogues from my films .. and his shirt has all the names of my films … when you open the door to the car the sound system starts playing my dialogues. This is simply quite amazing ..he has just bought this car the THAR and has not driven until I signed an autograph on the dashboard. I did.”

Brought back memories of the dialogue:

On the work front, the 79-year-old actor continues to be as popular and involved in a number of projects. He will be seen in Ayan Mukerji’s upcoming movie, Brahmastra, alongside Alia Bhatt and Ranbir Kapoor. The actor is currently seen in the popular game show – Kaun Banega Crorepati 13.