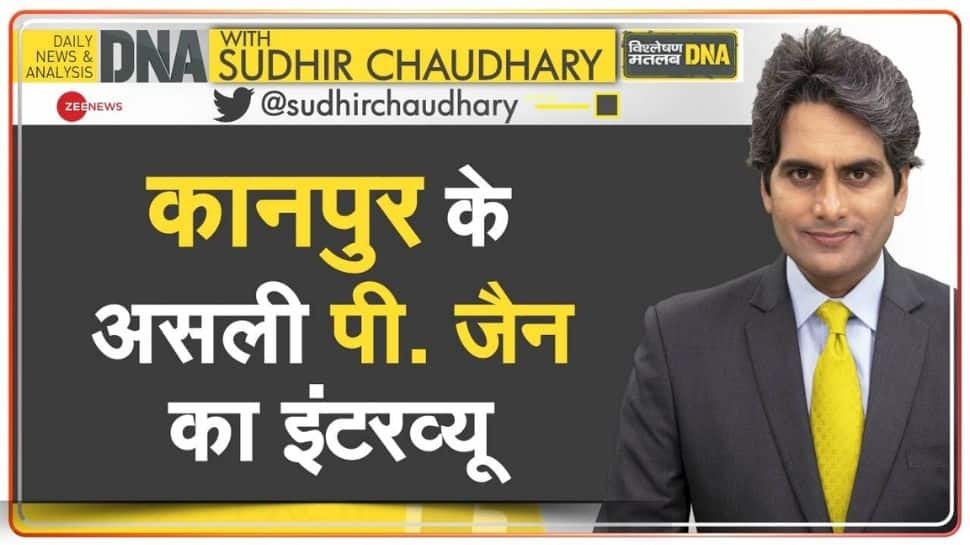 New Delhi: As India’s largest-ever cash seizure in Kanpur has been hogging the limelight for the past few days, many have mistaken the identity of the accused perfume trader Piyush Jain for a Samajwadi Party leader.

Zee News Editor-in-Chief Sudhir Chaudhary on Wednesday (December 29) solved this case of “mistaken identity”, which has caused political ruffles with parties linking each other with the accused.

After Kanpur-based perfume trader Piyush Jain was arrested, he was mistaken by some as Samajwadi Party MLC Pushpraj Jain aka Pampi Jain, who prepared the Samajwadi Attar (perfume) ahead of the upcoming 2022 Uttar Pradesh Assembly polls.

Till now, many people believed him to be the Kanpur trader, accused of tax evasion. However, the accused is not SP MLC Pushpraj Jain. Coincidentally, the SP MLC also dwells in Kannauj, near Piyush Jain’s residence and the distance between their houses is a mere 500 meters.

On December 23, the Income Tax and GST Intelligence team found Rs 177 crore cash from a house in Kanpur.

After further investigation, it was found that this house belongs to Piyush Jain, a perfume trader from Kannauj. From here – some people spread rumours that this is the same P Jain who had made Samajwadi perfume for SP this year – which was launched by Akhilesh Yadav on November 9.

When Zee News investigated the matter, we found out this Piyush Jain is not the SP leader Pushpraj Jain aka Pampi Jain, who made perfume for the Samajwadi Party.
The man whose house was raided has nothing to do with Samajwadi Party.

In an exclusive interview with Zee News, Pushpraj Jain categorically denied any link with Piyush Jain. He said his name was dragged into the mud because of the upcoming polls.