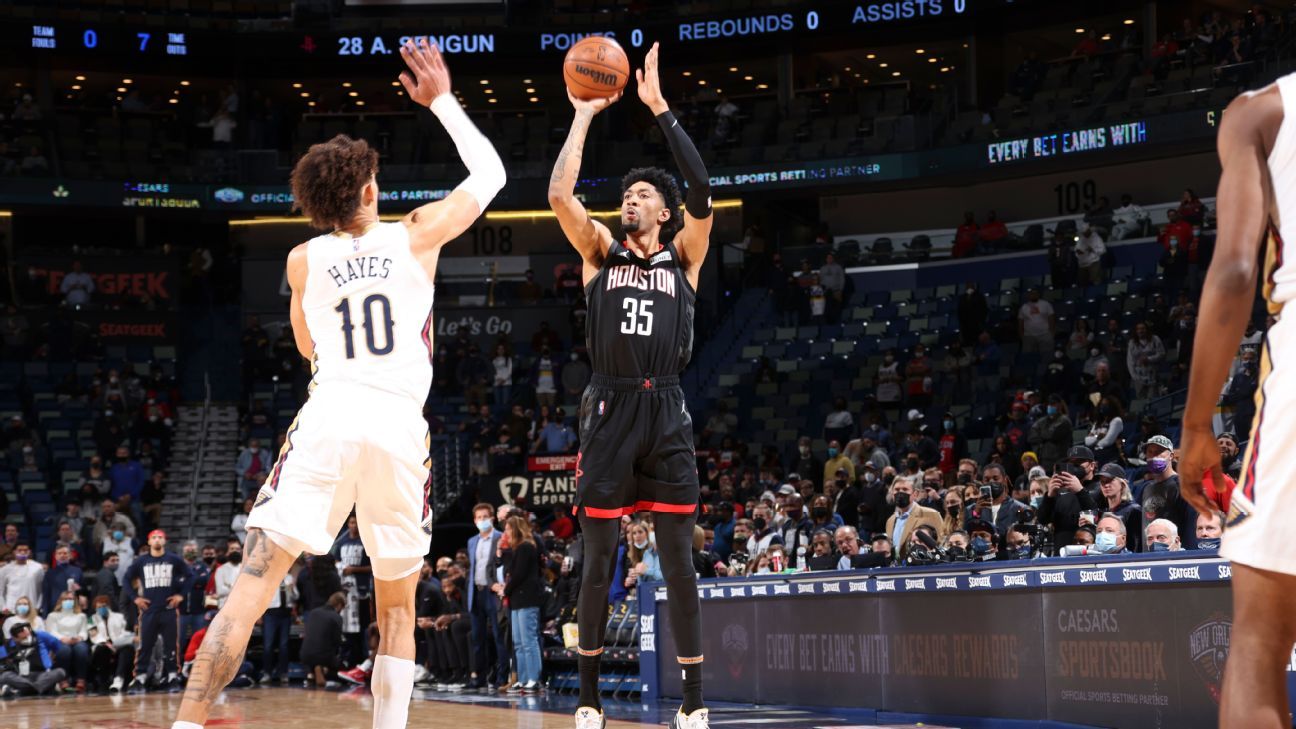 How did I get here?

Me… the former avowed roto proponent. Lover of efficiency.

The stats on the other side of that ellipsis? The roto abyss.

As the only remaining Wizards fan in my time zone, I spent all of 2020-21 reconsidering the Art of Russell Westbrook. The injury-plagued slow starts. The inefficiency. The myopic commitment to fading dominance. Because after you sift through all the surrounding perpetual Westbrook drama, the 3-for-21 shooting nights, and the constant drumbeat of bad press?

You look at the top-40 points rankings, and there he is. In points leagues, assuming total production (vs. per-game) this season, Westbrook is top-20.

Westbrook, season after season, finds a way to get his points production. And because of the negative buzz that tends to cloud the perception of Mid-Life-Crisis Westbrook? He has transformed into one of fantasy’s great annual points league bargains.

In embracing the points format, I can appreciate Westbrook in full.

Haliburton’s rising star and chances of being a future analytic darling mint him as an anti-Westbrook. The flip side of the fantasy coin. In roto, Halliburton is already a top-20 player. Right now. 21 years old. And he’s still top-40 in points.

Westbrook vs. Haliburton is the essence of the points/roto guard divide.

But now? I can appreciate both sides.

What triggered my heel turn? This particular trigger is circa 2019: when ESPN revised its points scoring system, adding extra weight to assists, blocks, steals, and 3s. That was when I decided to move with the current and invest some bandwidth into points-league play.

2022 Me is oh-so-glad 2019 Me went for it. The extraordinary (yes, “unprecedented”) external circumstances of this season? They’re spotlighting the benefits of points league play.

I have two historical issues with points leagues: the overvaluation of points per game (NBA points), and the overall flattering of value across the player pool.

There’s less distinct separation between the player tiers; fewer paths to carving out differentiation. “Elite” is a little less elite, “mediocre” is just kind of… average. Intricate roto-friendly strategies like Positional Scarcity are diminished. Categorical Scarcity presents as a full-blown oxymoron (yet still secretly carries worth.)

This disparity in the importance of Positional Scarcity? It’s rendered in Technicolor… when you examine the relative value centers offer within each format.

Remember how I just described the flatness of points league value? An overwhelming amount of the disparity in overall valuation comes from the center category. As a positional group to date this season, centers in roto generate nearly 50% more value. (Again, this is relative to the overall amount of value in the player pool.)

Nikola Jokic tops the charts at center in both points and roto. So no difference? Um… big, big difference.

In terms of value versus the rest of the player pool? Jokic is about 25 percent more valuable in roto. Giannis Antetokounmpo is breathing down Jokic’s neck for the No. 1 center overall in points leagues. In roto? Jokic is nearly a full round (and a heavily weighted first round) ahead of his closest competition (Karl-Anthony Towns.)

There are plenty of duplicate names in each formats’ top-10 at center: Jokic, Anthony-Towns, Giannis, Embiid, Jaren Jackson Jr., Domantas Sabonis, and Jonas Valanciunas register in both formats, with a few names flipped in the order. But in the overall value offered, it’s a diminished group within the points dynamic.

The divide here is personified by who didn’t make both lists: Christian Wood (Team Points) vs. Robert Williams III (Team Roto). On paper, to the casual observer, Wood blows Williams away. 17.7 PPG and 10.3 RPG vs. 9.8 PPG and 9.5 RPG. But Williams is just as valuable to roto managers as Wood is to points managers.

This is due to points’ devaluing of valuation by position, but also because of Williams’ quiet efficiency. Williams averages 3.1 steals+blocks to Wood’s 1.7. And while Williams only averages 5.9 FGA per game, he makes the most of them, with a gargantuan 73.7 FG%. (And here’s a silent value-diminisher: Wood’s mediocre 61.7 FT% is amplified by his relatively high 4.7 FTA per game.)

But this season? Points’ flatness and overvaluation of possession work in the formats’ favor. Because the points format keeps more managers in championship contention. With all of the external variables affecting day-to-day NBA operations, fantasy right now should, above all, reward engagement. Sticking with it. Showing up.

And because most points leagues play playoffs to crown a winner, the in-season goal is more achievable: merely qualifying for the postseason. It’s akin to the fresh hope sparked by the NBA’s new play-in tournament. Now? Teams 10 games below .500 can harbor hopes of getting on a roll and playing into a 7th or 8th seed.

In fantasy and reality, both postseason systems generate the same bedrock benefit. The benefit that love, sports fandom, fantasy sports, responsible pet ownership, and eCommerce rely on most: engagement.

I manage a couple of Roto squads that should probably pack it in. (But that’s where a solid keeper function pays dividends.) But all my point teams are still realistically in it. I am a happy, engaged point practitioner.

But if I had my druthers, I would tinker with our points system just a teeny-tiny bit more. My ultimate fantasy hoops goal is to defeat cognitive dissonance when jumping between formats… to make player valuation more transferrable.

It’s not that scorers are more valuable in points leagues; it’s that the value of non-scorers is devalued. They’re brought towards the middle of the pack.