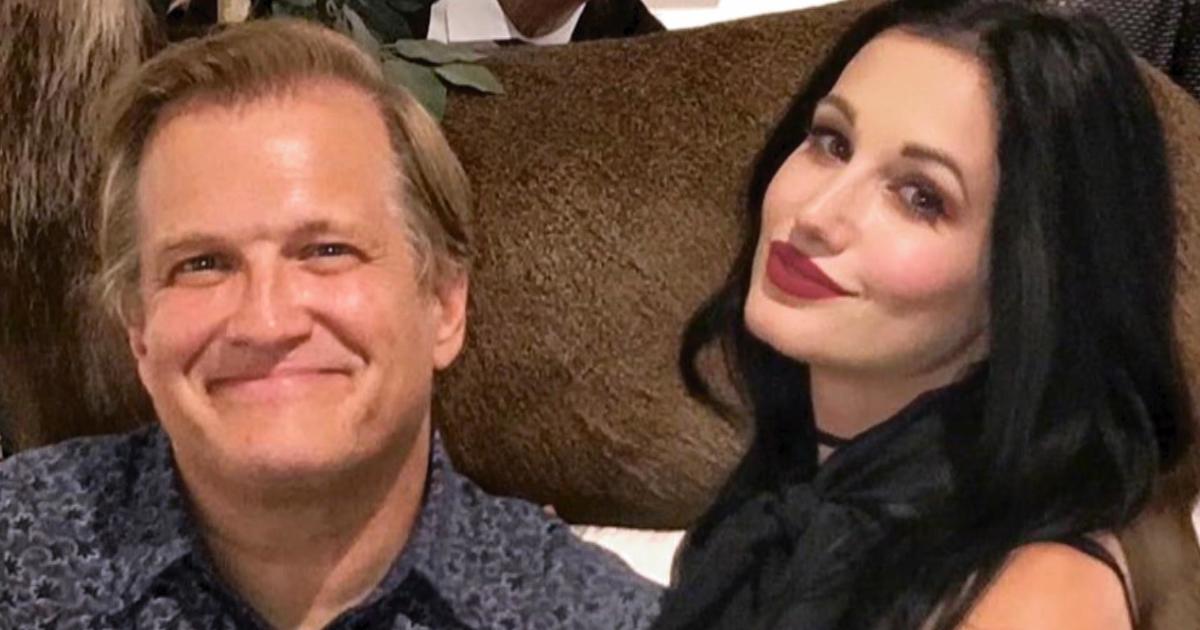 Amie Harwick led a complicated and colorful life that sparked a series of headlines after she was found struggling to breathe on the patio beneath the balcony of her Hollywood Hills home in the early morning hours after Valentine’s Day in 2020. She would die a few hours later — an apparent victim of murder.

When Harwick’s ex-fiancé, comedian Drew Carey, got the news, it was especially painful. “I just started crying … I just — I couldn’t even stand up,” Carey told “48 Hours” correspondent Erin Moriarty in his first in-depth television interview about his relationship with Harwick, her life and loss.

Carey’s interview is part of this week’s “48 Hours” broadcast, “The Final Hours of Amie Harwick,” airing Saturday, February 12 at 10/9c on CBS and streaming on Paramount+ and the CBS News Streaming Network.

The couple had called off their engagement in late 2018 and their friends described the breakup as amicable. The two had fallen out of touch until just two days before Harwick’s death, when Carey says he received a text from Harwick wanting to talk.

“Valentine’s Day was a Friday,” Carey said, remembering that day almost two years earlier. “I got a text from her on Thursday. [She] said, ‘Hey, I know we haven’t talked in a while, but I’ve been doing a lot of thinking about, you know, forgiveness, and I would love to get together with you and talk.’ And I said, ‘Yeah, I would love to do that. I love you.'”

Carey, host of “The Price Is Right” game show on CBS since 2007, says he was in another serious relationship when he got Harwick’s text. He believes Harwick was seeking to forge a new future as friends. But the former couple would never get the chance to talk again.

Harwick died at 3:26 a.m. on February 15, 2020. An autopsy later determined the cause of death as blunt force trauma. The medical examiner found apparent defensive wounds on her hands and arms, bruising on her neck, and there were signs of a struggle in her home. Police charged Harwick’s ex-boyfriend, Gareth Pursehouse, with her murder later that same day. He has pleaded not guilty.

The horror of Amie Harwick’s death continues to be difficult for Carey. He was 58 when he first met Harwick, then 35, at a Hollywood party where she was moonlighting as a bartender, Carey says. It was 2017 and Harwick was a practicing therapist with a master’s and a Ph.D., but had paid her way through school bartending and still took side jobs from time to time.

Carey remembers seeing her a week later at another party, and says she told him, “‘It’s my birthday, and my boyfriend stood me up.’ And I said, ‘Boy, you should get a better class of boyfriend.’ And she said, ‘Yeah, maybe I should.’ That was my first flirty line with her,” Carey said. “And then, by the end of the night, I got her number.”

The pair fell into a fast romance. “Our first date we went to Disneyland,” Carey said. He says within weeks he was telling people at work about how smitten he was.

Indeed, Carey and Harwick, at least for a time, seemed headed for a happily-ever-after ending. Two years before her death, Amie made a guest appearance on the 2018 Valentine’s Day edition of “The Price Is Right,” where Carey introduced her to millions of TV viewers as his fiancée. But the relationship was not destined to last.

Reflecting now on their breakup, Carey admits the pressures of Hollywood played a part — he says Harwick suspected her old ex, Gareth Pursehouse, was becoming triggered every time there was a headline about her romance with Carey.

“It would only happen if we were in the paper or something,” Carey told Moriarty. Frequently, after a news story came out, he said, Harwick would tell him she noticed someone trying to sully her reputation online.

“That would be a fight sometimes,” Carey said. He says Harwick would say, “‘I wish you weren’t famous. You know? This is all because I’m dating you.'”

Carey says the pair spent time in therapy trying to make things work before they finally called it quits. Carey called the split “really painful” and “like a death” to him. It was 16 months after that parting when Carey got that unexpected text from Harwick — to plan a conversation she would not live long enough to have.

“I feel like a widower, you know, in a lot of ways, because I wanted to marry her, and then we had this horrible breakup,” Carey said. “And then before I could talk to her again, somebody killed her.”

Moriarty, who has spoken to many of Harwick’s friends for “48 Hours,” told Carey how she’d heard of Harwick’s fondness for Carey from so many of her surviving friends. “And she did love you,” Moriarty said. “Because that’s what I’ve heard.”

“That’s the big solace I get from it,” Carey said. “Is that she loved me and held me in a dear place in her heart.” And he’s glad he got to say “I love you” that one last time. “I’m glad I could get that message to her before she died.”