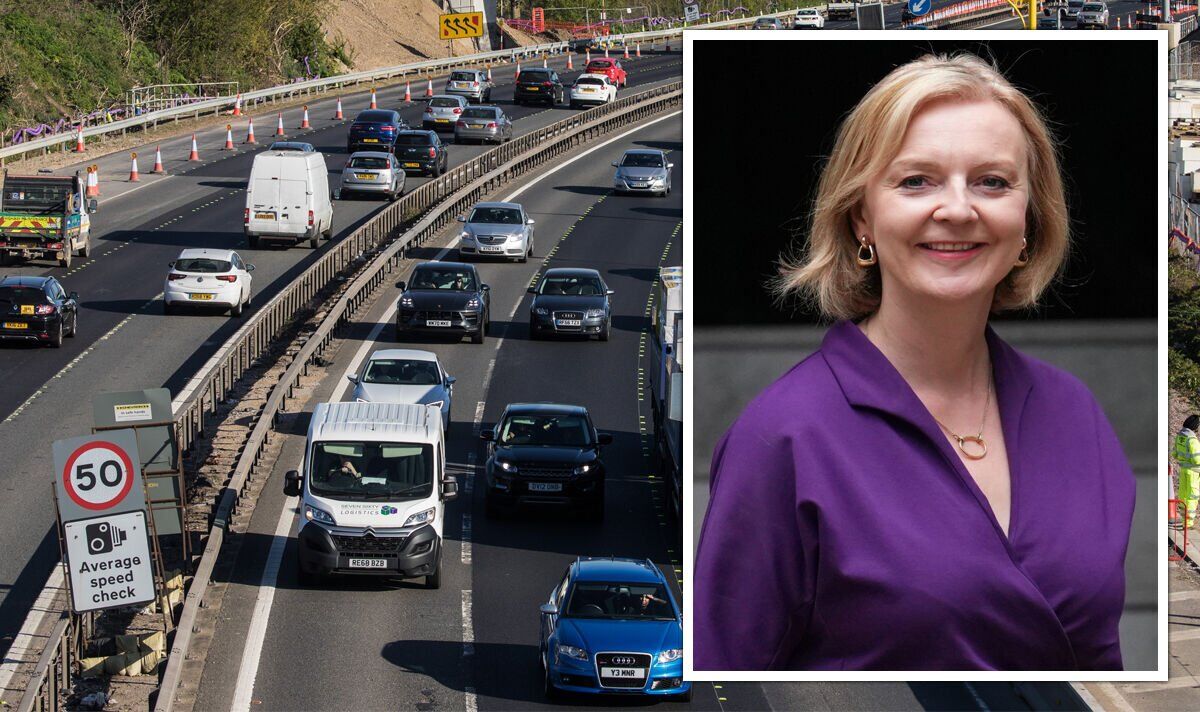 Speaking previously, the new Prime Minister Liz Truss said smart motorways needed to be reviewed and stopped if they were not working. She also questioned the need for speed limits on certain stretches of the motorway, saying she would be “prepared to look at that”.

Truss added: “I can’t give you a precise answer on the points but I do believe that the smart motorways experiment hasn’t worked.”

Graham Conway, Managing Director at Select Car Leasing, said he would tentatively welcome an increase in motorway speed limits on certain sections of the highway.

However, he said he had grave concerns about how it might be implemented.

He added: “While there’s an argument to say that some sections of the UK’s motorway network might justify a speed limit hike, a blanket 70mph lift has the potential to be absolutely catastrophic.

READ MORE: Drivers warned of fine risk for having a stranger park on their drive

He said that despite the recent “Don’t be a Space Invader” campaign from National Highways, tailgating remains an “enormous problem” in the UK.

He continued, saying: “You can witness dangerous instances of tailgating almost every single time you get behind the wheel.

“The National Highways’ own stats suggest that tailgating is a factor in one in eight crashes on the road network.

“And, in my view, lifting the motorway speed limit will only exacerbate endemic tailgating problems in the UK, particularly as you’ll have huge disparities in how fast vehicles are willing to travel.

“Cars that get too close to the car in front not only make the driver feel targeted and intimidated but they can also lead to severe collisions, as the tailgater won’t be able to react and stop in time if the car in front brakes suddenly.

“Any lifting of the motorway speed limit would need to be accompanied by a concerted national clampdown on tailgating offences, because, right now, the issue isn’t being addressed sufficiently.”

Liz Truss became the new leader of the Conservative Party yesterday after defeating Rishi Sunak in the final round of votes to determine who would lead the country.

She is expected to become Prime Minister later today when she meets with Queen Elizabeth at Balmoral.