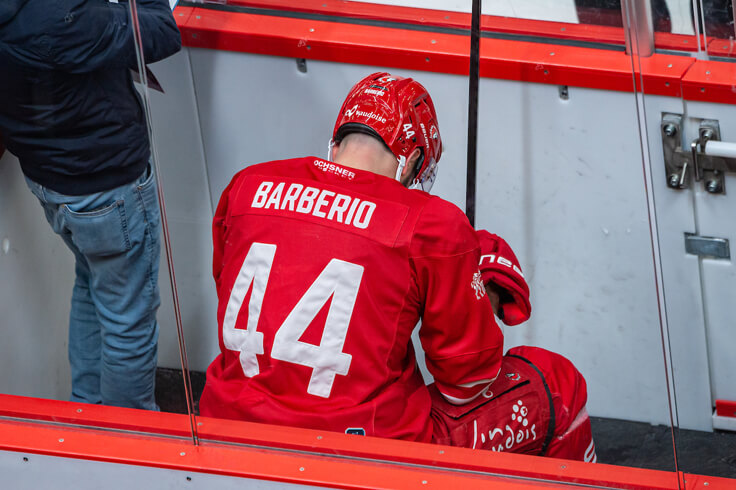 The league has sanctioned the defenseman’s crosscheck from last Sunday. In addition, he has to pay a fine of CHF 11,170.-.

Sitting for a bit: Mark Barberio

During last Sunday’s game between the ZSC Lions and Lausanne HC, visiting defenseman Mark Barberio crosschecked Garrett Roe to the head and neck area. This has now resulted in an eight-game suspension for Barberio plus a fine of CHF 11,170.-.

The PSO’s view of the play