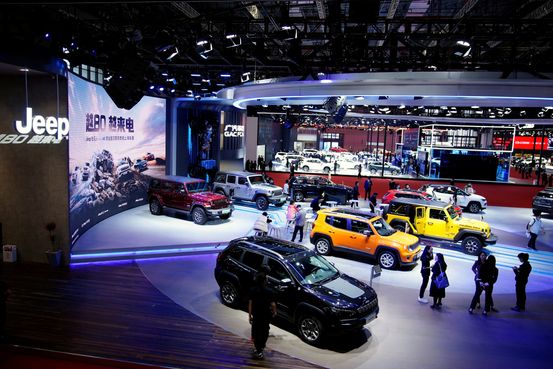 BEIJING—China’s car market snapped a three-year decline last year, helped by strong sales of electric vehicles, though the global chip shortage and Covid-19 outbreaks in the country disrupted some production.

Sales of passenger cars in 2021 rose 4.4% from a year earlier to 20.1 million vehicles, the China Passenger Car Association said Tuesday.

Helping drive growth in China were robust sales of electric and plug-in hybrid cars, which last year accounted for 15% of overall passenger-car sales. Sales of these new-energy vehicles more than doubled to 2.99 million vehicles, the association said. Chinese brands such as

For 2022, China’s passenger-car market is likely to grow by 5%, with new-energy cars accounting for a quarter of total sales, the association forecast. Analysts also expect the market to expand, though some expect the pace to be slower.

Any growth is likely to come from electric-car sales, with analysts and industry executives expecting sales of internal-combustion-engine cars to remain flat or decline slightly this year.

Risks hanging over the market include an economic slowdown and the pandemic, analysts say. The world’s second-biggest economy has been slowing in recent months amid a sluggish recovery in consumption and a prolonged property slump.

“A continuing contraction in demand caused by the overall economic slowdown and pandemic controls, coupled with the recovery of production as the chip shortage eases, would shift China’s car market from an overdemand last year to an oversupply,” said Paul Gong, head of China autos research at UBS.

The soaring cost of raw materials, especially those used in electric-vehicle batteries such as lithium and cobalt, is likely to loom over the industry, Mr. Gong added.

The car market has been feeling pain in recent months. October-December sales declined 11% compared with the same period last year, data from the association showed.

In 2021, some foreign auto makers suffered more than others, mainly due to the global semiconductor shortage and other component-supply problems.

, the biggest foreign brand in China, said its group sales in the country declined about 14% last year to 3.3 million vehicles, hit by the global chip shortage.

“It is really a complex system of constraints which is changing more or less on a weekly basis,” said

The German auto maker has also recently been struck by relatively small outbreaks of Covid-19 in China, shutting down plants in Tianjin and Ningbo, Mr. Wöllenstein said in a media briefing Tuesday.

It aims to raise its China sales by around 15% in 2022 if component-supply conditions improve, Mr. Wöllenstein added.

, which has navigated the supply-chain constraints better than some rivals in both China and the U.S., said its sales in China rose 8.2% in 2021.

all delivered more than 90,000 vehicles each last year.

U.S. electric-vehicle maker Tesla sold more than 470,000 cars made at its Shanghai factory last year, around a third of which were exported, data from the association showed. Tesla said last week that it delivered more than 936,000 vehicles globally in 2021.

China’s subsidy program for electric-car buyers is set to end before the start of 2023. This year, Beijing, which has already been cutting subsidies in recent years, has further reduced them by 30% from last year to around $2,000 or less.

Analysts expect the end of the policy to have limited impact on electric-vehicle sales. “The new-energy vehicle market in China has evolved to be driven by demand from one that was driven by policies and subsidies,” said

—Raffaele Huang contributed to this article.

Write to Yoko Kubota at yoko.kubota@wsj.com