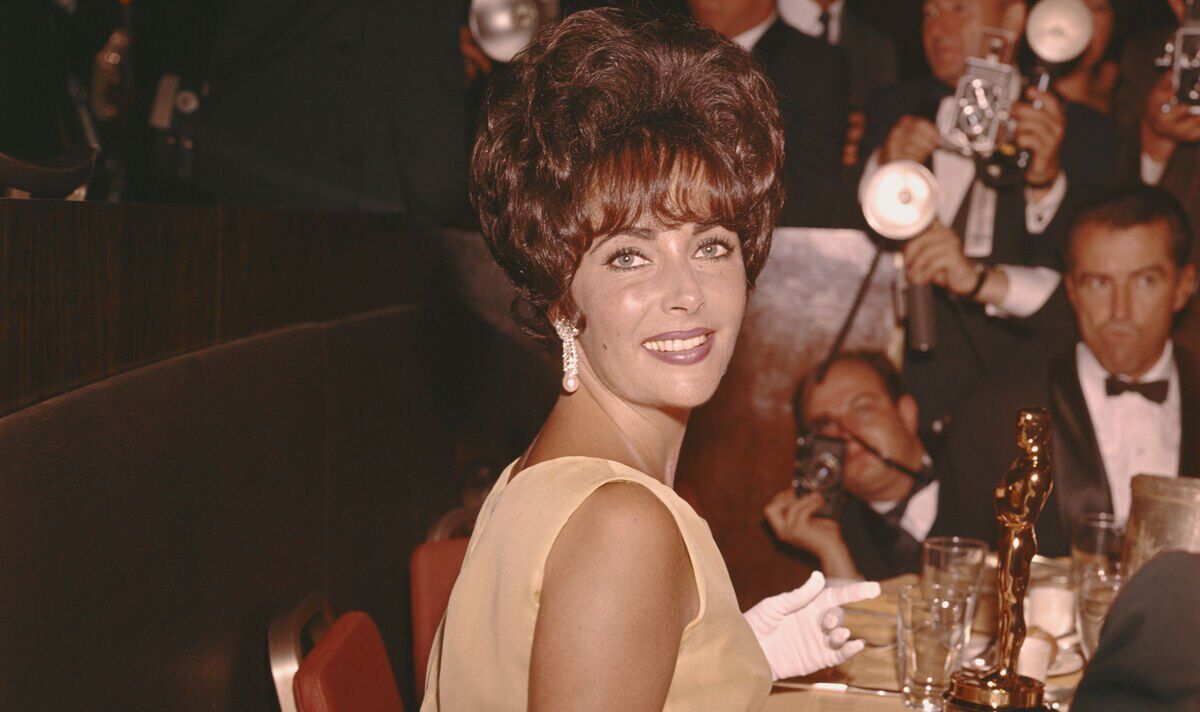 An enormous collection of designer dresses worn by Elizabeth Taylor are about to be put on auction for almost £100,000. The beautiful garments were originally gifted to a “family friend” decades ago. They were forgotten about before being rediscovered in an old suitcase.

The outfits include a dress designed by Christian Dior which Taylor wore at the 1961 Oscars. That same night she won Best Actress for the 1960 film Butterfield 8. She later called the dress her “lucky charm”. The gown is now expected to sell for approximately £60,000.

Ten years after this Oscars event, in 1971, Taylor’s friend Anne Sanz was invited to the Hollywood star’s suite at the Dorchester Hotel in London, England. She was then told she could have “as many dresses” as she liked from her wardrobe.

Sanz recalled that Taylor was “tired of hauling her massive wardrobe” of approximately 40 suitcases around the world.

Sanz was married to Gaston, who acted as a chauffeur and bodyguard to Taylor. Gaston was a French World War II veteran and had worked for the actress since the 1950s. He’s described as “one of her most trusted and longest-serving employees”.

This collection has now hit auction and is expected to reach the staggering sum of £96,000.

Sanz was also gifted a white cocktail dress, which she used as her bridal gown when she wed Gaston. This is expected to earn £600.

She was later given a vintage crocodile dressing cane, worth £1,200, as well as another Dior couture blue silk dress that Taylor wore to a wedding. This is expected to claim a whopping £15,000.

All in all, Taylor gave Sanz 15 items, with an estimated total of £97,000. The items are being sold at Kerry Taylor Auctions in Bermondsey, London, on December 6.

Sanz and her husband became so close to Taylor that, when they had a daughter, they named her Elizabeth. Taylor and her husband at the time, Richard Burton, were godparents to the child.

Kerry Taylor, of Kerry Taylor Auctions, said: “The family contacted me about this collection, they had been kept in a big suitcase in a spare room. I think over the years at Christmas they would take them out to look at them and then put them back but they haven’t really been touched so they are in excellent condition. There are one or two items that Anne wore, but she didn’t wear any of the haute couture. I just couldn’t believe it when I saw them all. I recognised the Soir e Rio dress straight away but I thought it was in the Dior collection. They got a duplicate made, I had to contact them and say ‘I’m afraid you haven’t got the original because I have.'”

She added: “With anything like this, the items are only as could as their provenance and it doesn’t get better than this provenance. There are so many photographs and letters that prove the couple’s relationship with Elizabeth Taylor. Anne’s husband Gaston worked for Elizabeth Taylor and Anne was a family friend and very close to them, as you can see from the pictures. It’s a once in a lifetime collection and I feel honoured and privileged that they came to me – any auctioneer would give their back teeth to have this prestigious collection. Some of the pieces will appeal to fashionistas as much as Elizabeth Taylor fans.”

Taylor died on March 23, 2011, aged 79-years-old. She died after being diagnosed with congestive heart failure some years earlier. She had also battled against skin cancer and had also had an operation to remove a benign brain tumour.

Her funeral took place the following day at the Forest Lawn Memorial Park in Glendale, California. Before her death, she requested that the private Jewish ceremony started 15 minutes ahead of schedule. She said she “even wanted to be late for her own funeral”.

She was buried in the cemetery’s Great Mausoleum.