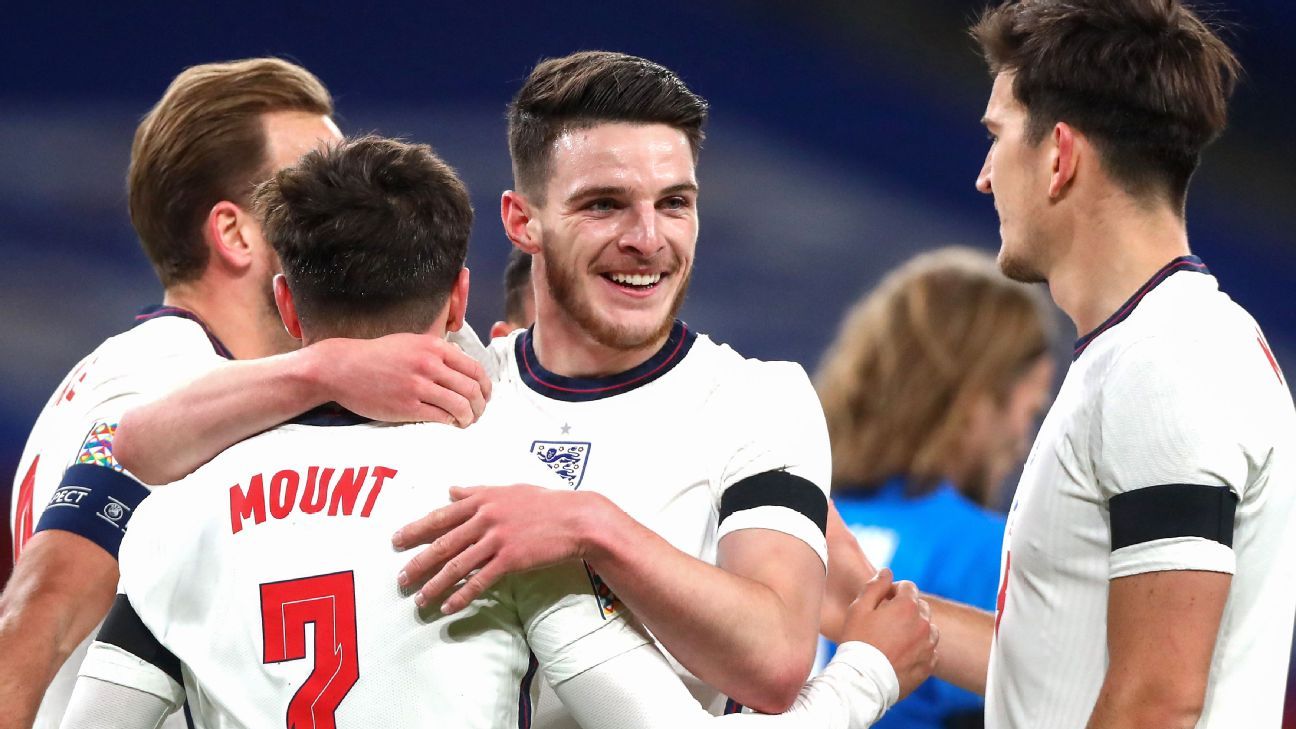 Declan Rice and Mason Mount scored first-half goals while Phil Foden had a late brace to give England a 4-0 win over Iceland in UEFA Nations League action.

Wednesday night’s result at Wembley bore little significance as England were unable to qualify for the finals following a 2-0 loss to Belgium over the weekend and Iceland already relegated from Group A2.

But Gareth Southgate will be satisfied with the result that concluded an injury-riddled international window that saw Joe Gomez, Jordan Henderson, Raheem Sterling exit camp early.

Rice gave the hosts the lead in the 20th minute when he headed in Foden’s free kick into the bottom right corner, while Mount effectively sealed the match four minutes later with a cool finish past keeper Ogmundur Kristinsson.

Iceland produced very little in scoring opportunities and were reduced to 10 men for most of the second half following Birkir Saevarsson‘s trip on Bukayo Saka for his second yellow card of the evening.

Foden then netted his first in an England shirt with 10 minutes left to play with a swipe in front of the net off Jadon Sancho‘s cross into the box. Moments later, Foden scored again when he darted into the penalty area for close-range shot.