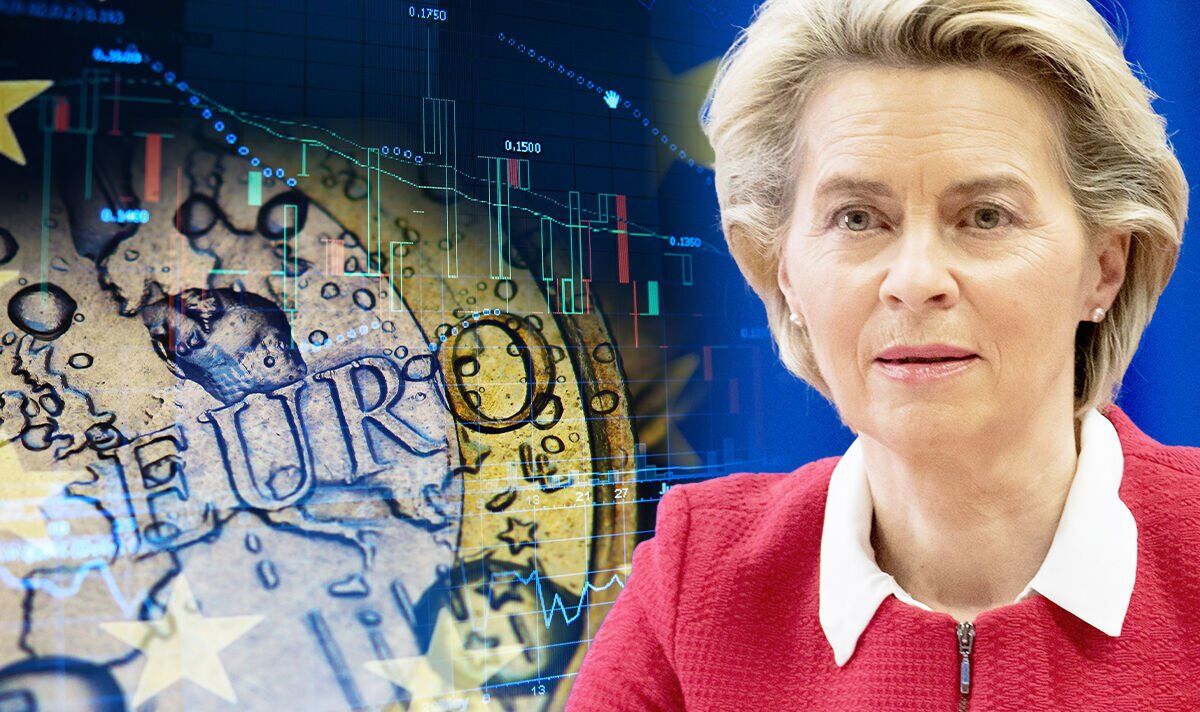 The European Commission’s statistics bureau Eurostat revealed the 9.1 percent rise on Wednesday, up from 8.9 per cent in July, which was initially the highest level in the euro‘s 23-year history. The rise in inflation beat expectations and appeared to solidify the case for a hefty rate hike by the European Central Bank on September 8.

It was also higher than the 9 percent expected by economists.

Eurostat revealed energy had the highest annual inflation rate at 38.3 percent, down slightly from 39.6 percent in July.

While food, alcohol and tobacco were up 10.6 percent compared to 9.8 percent in July.

The news comes after ECB board member Isabel Schnabel warned long-term inflation expectations could “de-anchor” from the bank’s 2 percent target.

She said surveys suggested that inflation was denting public trust in central banks.

The rise also compounded recession fears and stalked markets as central banks on both sides of the Atlantic prepared to raise borrowing costs for businesses and households again next month.

Robin Brooks, Chief Economist at the Institute of International Finance, previously warned in a tweet: “For the past six months, every bounce in the euro has been a good opportunity to sell the single currency. It’s the same today.

The STOXX share index of 600 companies dropped 0.5 percent to a six-week low, leaving it down about 14 percent for the year.

US e-mini equity futures pointed to slightly firmer start on Wall Street for the S&P 500 after its 1.1 percent slide on Tuesday.

Economic news remained grim with overnight data showing that economic activity in China, the world’s second-largest economy, extended its decline this month after new COVID infections, the worst heatwaves in decades and struggles in the property sector.

It comes after Russia halted gas supplies via a major pipeline to Europe on Wednesday for three days of maintenance amid doubts it won’t be switched back on.

The move will fuel concerns of energy rationing during coming winter months in some of the region’s richest countries.

The energy crunch has already created a painful cost-of-living crisis for consumers and businesses and forced governments to spend billions to ease the burden.

German bonds were set for their worst month in over 30 years as eurozone inflation hit a record high.

Jamie Niven, a senior bond fund manager at Candriam, said rate hikes anticipated for this year had been largely priced into markets, especially in the US.

Mr Niven said: “I think there is more pain to come in credit markets and in equity markets before we see a brighter outlook. I don’t think central banks are going to be in a state where they can cut to kind of soften the blow of recession.”