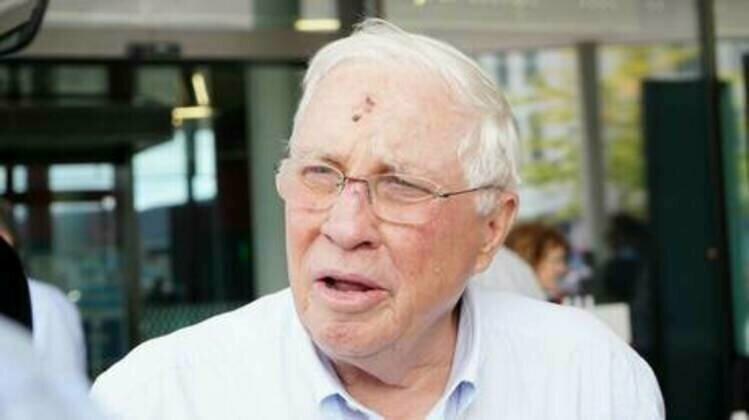 Switzerland has made itself a party to the conflict in Ukraine by supporting the Western military aid to Kiev, Christoph Blocher, a former member of the Swiss Federal Council and ex-head of the Federal Justice and Police Department, wrote in an opinion piece this week. His words provoked a wave of criticism from fellow politicians and the Ukrainian ambassador in Bern.

“It is true that many young soldiers die. On both sides,” Blocher wrote in a regular column for several Swiss regional newspapers, including the Luzerner Rundschau and Herisauer Nachrichten. However, this is only a “half-truth,” he said, arguing that Russian soldiers are being killed by Ukrainian troops who are “armed primarily by the US but also by the EU.”

“In the face of the teenage Russian soldiers killed, one has to ask the question: Why are they dead?”

The former minister criticized Switzerland’s policies, saying Bern has “breached the Swiss neutrality [principle]” and become a “party to the war,” contributing to a situation in which “very young Russian soldiers have to die.”

Blocher’s piece was met with an angry response by Swiss media and politicians, who blasted him for not saying “who started the war.”

“He doesn’t say a word about the fact that Ukraine was attacked by Russia and is defending itself, that [Russian President Vladimir] Putin started the war,” the Switzerland Times wrote.

Swiss Watson news outlet called Blocher’s column “bizarre” and accused the former minister of “ignoring Russian war crimes.” According to the outlet, Blocher is currently working on an initiative that would compel Bern to not only refrain from participating in conflicts outside of its territory, but avoid imposing economic sanctions in such cases as well.

MP Philipp Matthias Bregy, the head of the Center party’s parliamentary group, accused Blocher of distorting history, and said the former minister himself told a “half-truth” by “ignoring the aggressor.”

Andrea Caroni, the vice president of the Swiss Liberals, claimed Blocher is playing into the hands of the Kremlin. “Putin does not need a propaganda minister anymore,” he told Swiss newspaper Sonntagszeitung. “Blocher does it for free.”

Ukraine’s ambassador to Bern, Artyom Rybchenko, reacted to Blocher’s words in what some Swiss media called an “undiplomatic” way. “You can only say something like that from the sofa at home,” he told journalists, adding that Blocher had lost contact with reality, and calling his column “a bad joke.”

Russia sent troops into Ukraine on February 24, citing Kiev’s failure to implement the Minsk agreements, designed to give the regions of Donetsk and Lugansk special status within the Ukrainian state. The protocols, brokered by Germany and France, were first signed in 2014. Former Ukrainian President Pyotr Poroshenko has since admitted that Kiev’s main goal was to use the ceasefire to buy time and “create powerful armed forces.”

In February 2022, the Kremlin recognized the Donbass republics as independent states and demanded that Ukraine officially declare itself a neutral country that will never join any Western military bloc. Kiev insists the Russian offensive was completely unprovoked.