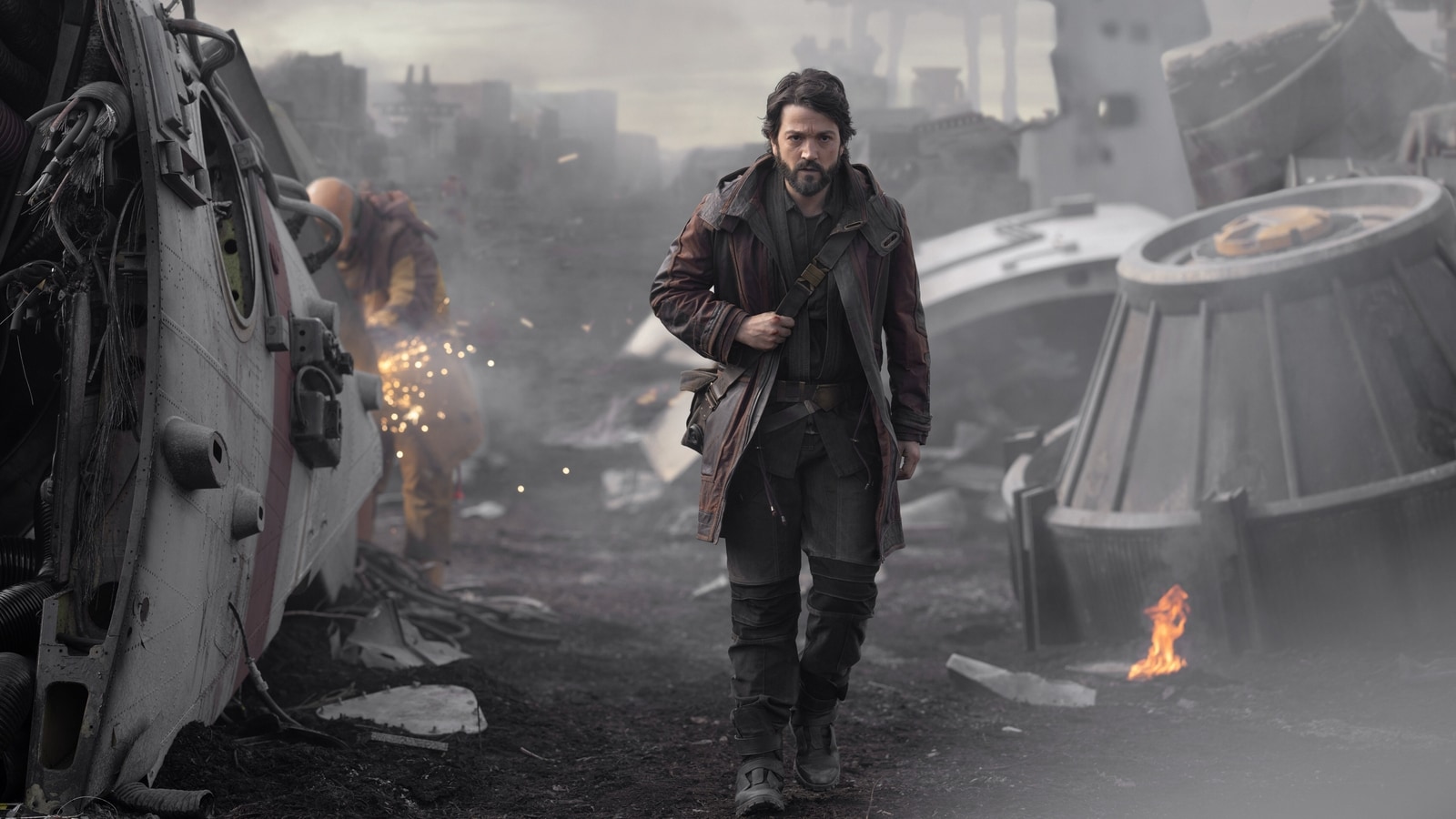 Rogue One was among the first Star Wars spinoffs when the concept was new and untested, in the pre-Mandalorian days. It gave the universe some amazing characters and iconic moments (go watch that Darth Vader hallway scene if you don’t know what I’m talking about). One of the most memorable parts of the film was Cassian Andor, a rebel played by Diego Luna. In September, Diego brings Cassian to life again in the character’s very own 12-episode series Andor. In an exclusive chat with Hindustan Times, the actor speaks about returning to the role, shooting amid the pandemic, and how the show pays homage to the original Star Wars trilogy. Also read: Diego Luna regrets watching Chernobyl during coronavirus outbreak

When we last saw Cassian, it was in Rogue One and he was sacrificing himself for the Rebel Alliance. That arc had concluded and there was some finality to it. Of course, Andor tells the character’s story before the events of Rogue One. Diego explains what made him return to the role despite his character having died. “In Rogue One, you visit the character in a very short period of time. Rogue One is a lot about an event. You don’t get to know much about the characters. Now, with this series, we are going to answer all the questions that Rogue One may have raised–who is this guy? Where does he come from? What does he mean when he says he has been fighting the rebellion since he was six years old? He refers to a dark past. Now, we are going to visit that past. Now, we are going to go through the journey of a man who makes the choice of sacrificing everything for the Rebellion. But that’s not where he starts. He will have an interesting arc to follow, and that’s what the series is about,” he says.

The series was conceptualized in 2019, three years after the release of Rogue One and sadly, only months before the Covid-19 pandemic struck. By the time, filming began in November 2020, the world had changed. Talking about the challenges of shooting during the pandemic, Diego says, “It’s been difficult. Shooting in these circumstances is a challenge. But we have managed to come out with everyone safe and we finished the shooting schedule the way it was planned.”

This series differs from other Star Wars series in that it doesn’t use Stagecraft, which uses giant screens to build a virtual background, negating the need of physical sets. But Andor uses practical effects and sets over VFX as much as possible. “For me, it was very important to do it this way, says Diego, adding, “This is the way we did Rogue One. It was on location and we were interacting with props and the surroundings.”

The actor adds that the team felt the use of props and sets over green screen or Stagecraft was necessary to capture the essence of the original Star Wars trilogy (1977-83). “Obviously, there is some stuff that gets added in CGI. But most of it is there and it’s because we are paying homage to filmmaking and what Star Wars meant in filmmaking. Those first films had everything mechanical and it’s really interesting to interact with droids and the creatures. And I think you can tell. You’ll be able to tell that there is a visual language and cinematic approach that is very specific to this show. And I think audiences will appreciate that,” says the actor.

The trailer has shown some familiar Star Wars characters in Saw Gerrera (Forest Whitaker), Mon Mothma (Genevieve O’Reilly), and Luthen Rael (Stellan Skarsgard). Are there more Easter eggs and surprises? Diego laughs when asked this and says, “There are definitely many surprises to come, many interesting spaces and planets, scenarios and characters obviously” The actor says that the 12-episode length of the show allows them to get in more of the Star Wars universe than ever before. “It’s quite an ambitious series. Every two or three episodes, it keeps transforming and evolving. The character movies and there are many other characters. Obviously, 12 episodes give you the chance to go deep into many characters and have different storylines taking place at the same time. So yes, you can expect a lot and once you think you have figured it out, it will surprise you. That is something we worked hard on,” he concludes.

Andor, created by Tony Gilroy, will see its first three episodes premiere on Disney+ Hotstar in India on September 21, followed by a weekly release every Wednesday for the remaining nine. The series concludes on November 23.